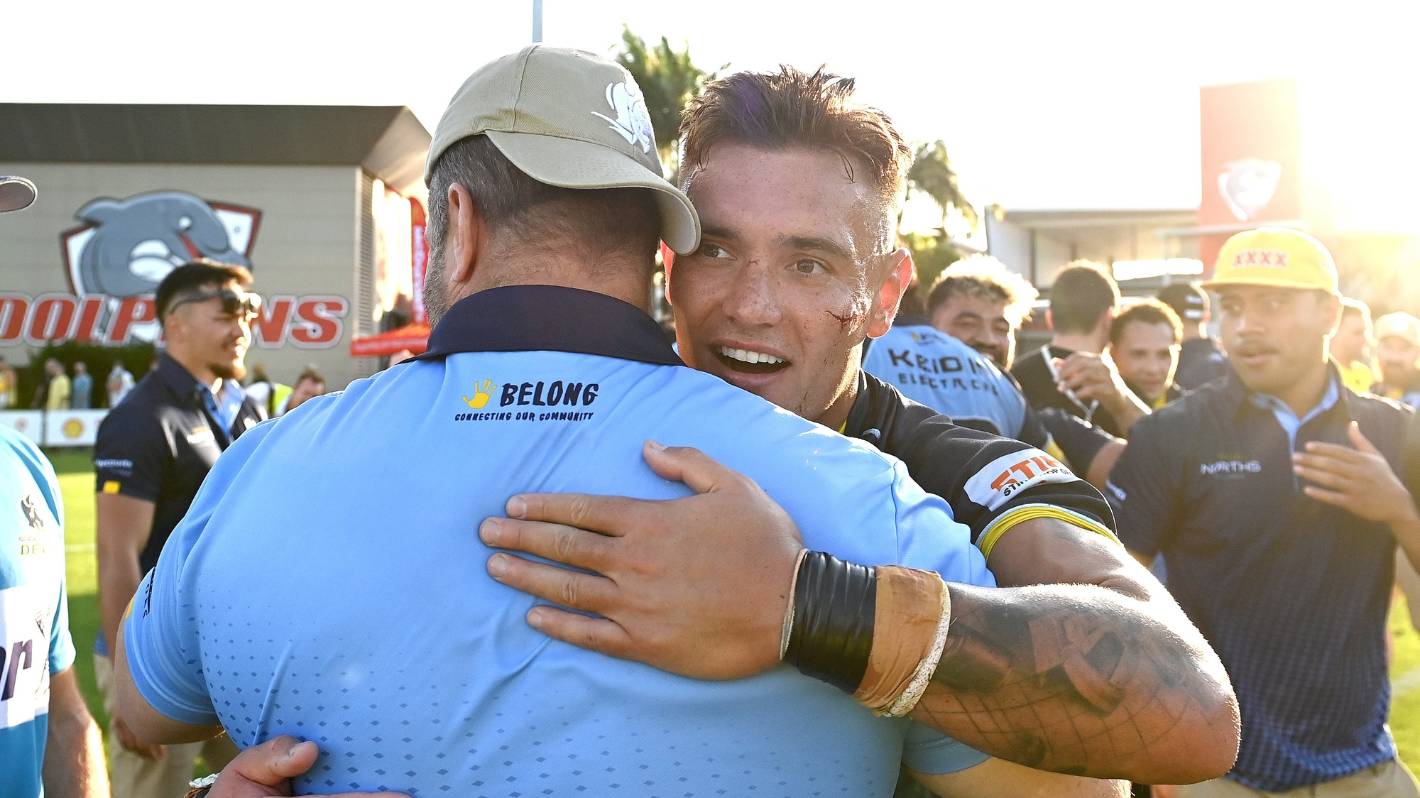 The 25-year-old was drafted by the Brisbane Broncos for nine NRL games this year but was allowed to return to the Norths Devils for the Queensland Cup playoffs.

Levi helped Norths beat the Wynnum Manly Seagulls 16-10 in the grand final on Redcliffe on Sunday, backing up his superb performance in a semifinal win over the Burleigh Bears.

Wynnum Manly struck back to 10-10 before Devils prop Michael Molo – a Norths player since the age of six – scored the winning try with seven minutes to go.

Wellington-born Levi has played 112 NRL games for Newcastle, Manly and the Broncos since his 2015 debut.

He won four caps for the Kiwis at the 2017 Rugby League World Cup and represented Samoa in 2019.

This was his first and last campaign for Norths Devils as he has signed a two-year deal to play for Huddersfield from the 2022 season.

Pulu, who has one cap for Tonga, played 13 games for the Warriors in 2018-19 after 45 NRL appearances for the Gold Coast Titans.

Norths Devils have been coached since 2018 by Rohan Smith, an assistant-coach at the Warriors for four years before heading coaching roles with Tonga and English club Bradford Bulls.

The semi-professional Queensland Cup is generally regarded as the third best rugby league competition in the world after the NRL and Super League.

It boasts a number of past NRL stars, including ex-Titans and Broncos back David Mead, who scored a try for Wynnum Manly in the grand final.

The North Devils, one of Australia’s oldest clubs, won a Brisbane premiership title in 1980 with future Kiwis mentor Graham Lowe as head coach, and Kiwis player of the century Mark Graham in the second row.