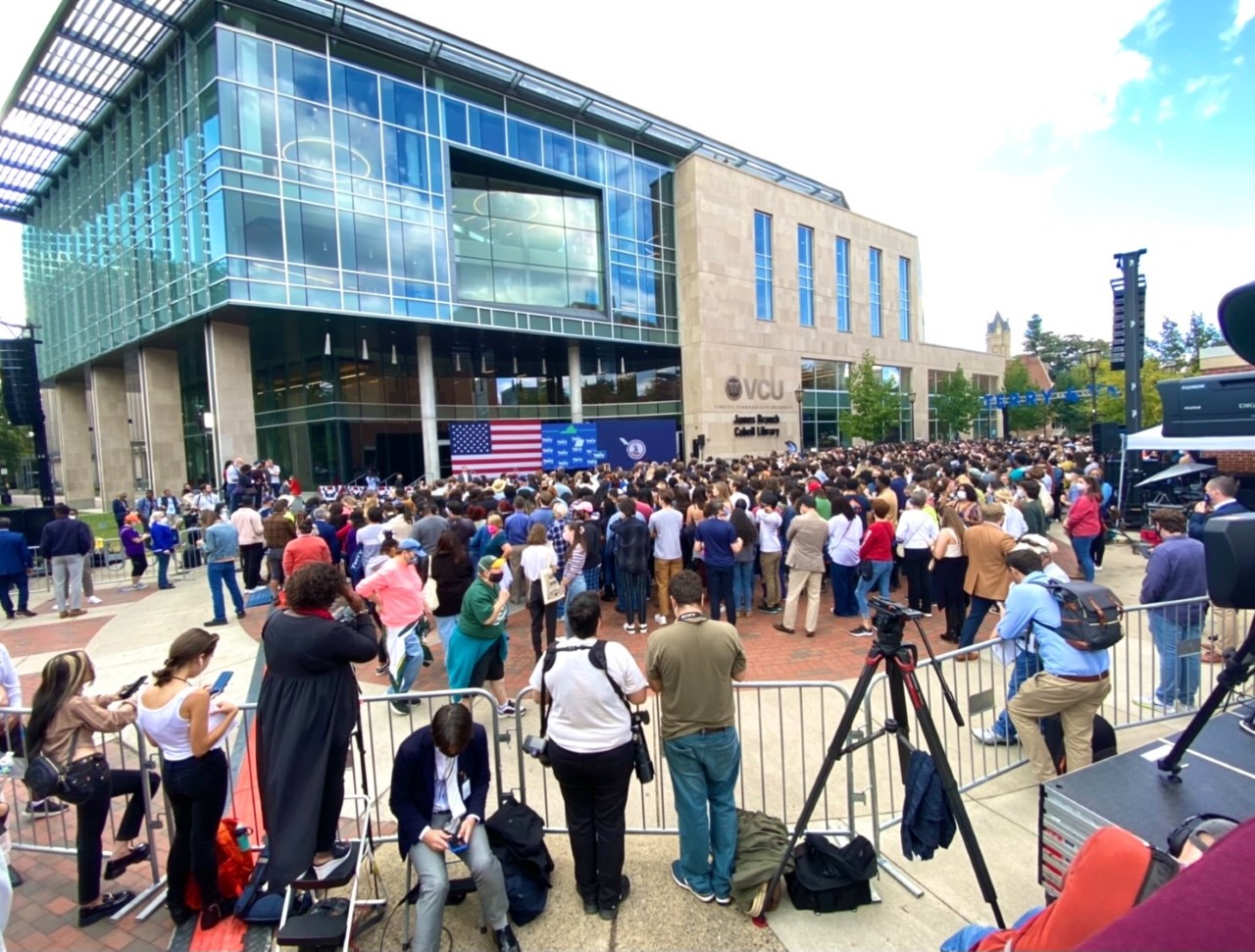 The event with Obama will take place at The Compass from 1 to 3 p.m. Tickets are required to attend due to limited space. A little before 11:30 a.m. a crowd already started to gather.

McAuliffe was the first to arrive on campus just before 1 p.m. However, the first to take the stage was Richmond Mayor Levar Stoney.

Streets around the area of the rally have been closed off. Below is a map of the traffic restrictions but you can find full details here.

Just hours before the event, the former president endorsed 21 other Virginia Democrats running for office.

This is a developing story, stay with 8News for updates throughout the day.