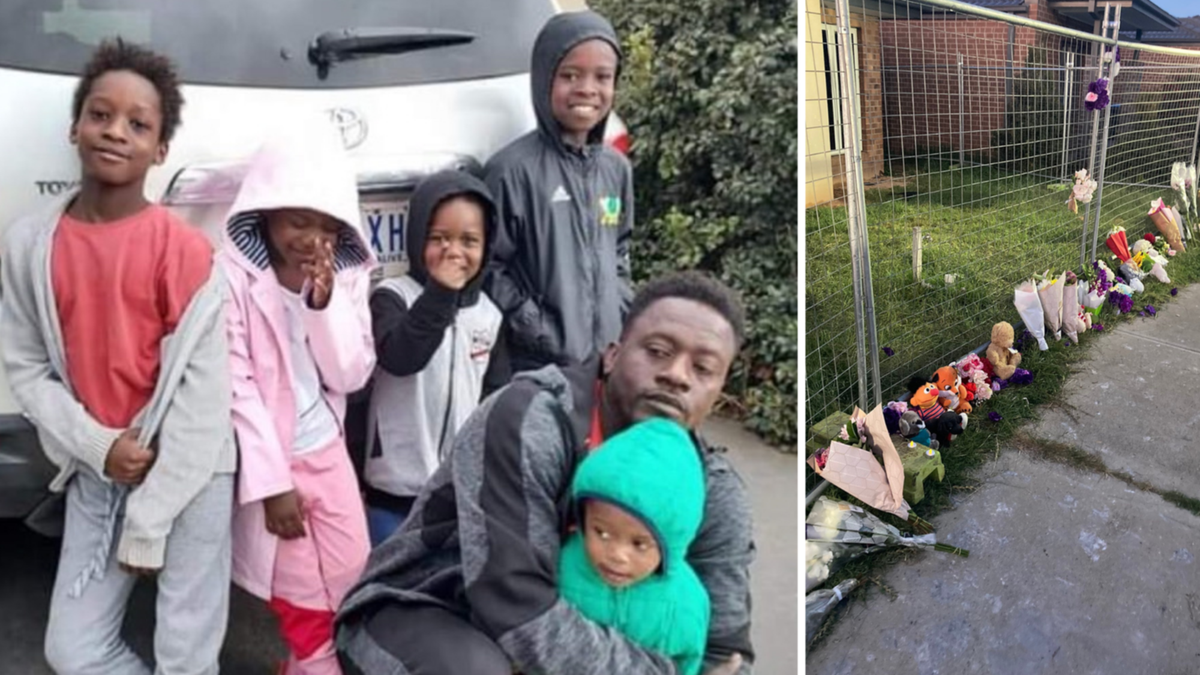 The four children tragically killed in a house fire in southwest Melbourne have been pictured, as loved ones and neighbours remember the “beautiful souls”.

Firefighters were called to Mantello Drive in Werribee just before 1am on Sunday, to find the brick house “very well alight” and four children in the family were unaccounted for.

By Monday morning, dozens of tributes had been left at the scene for the “angels gone too soon,” which included teddy bears, Sesame Street toys, flower bunches, candles and books.

A GoFundMe page has been started for the family and has already raised more than $93,000.

Werribee fire brigade Lieutenant Damien Molloy said crews were aware the children were trapped, but the intensity of the blaze made it difficult to find them.

Two girls, aged one and six, and two boys, aged three and 10, were found dead inside the house.

The parents and brother of the children managed to escape the fire and are in hospital.

One firefighter was assessed by paramedics for chest pain.

It took more than 30 firefighters just under an hour to bring the fire under control, with the house completely destroyed.

“With the roof already being compromised and the tiles collapsing, it was unsafe for our members to be able to proceed initially,” Lt Molloy said.

“With the distress of the parents and eight-year-old, it was difficult to get accurate information early on to focus our search areas.”

Lt Molloy said fire crews felt “in a way, a little bit helpless” because they wanted to get into the house to find the children.

“The fire itself we have seen many times before, but the complexity involves having four children trapped inside the house,” he said.

“We’re not wanting to put ourselves at that level of risk to have, what was likely to be, a recovery situation from the outset.”

He said, while there were “a lot of people in the street” at the time, neighbours could not have helped extinguish the blaze due to its intensity.

Victoria Police arson and explosives detectives are investigating the cause of the fire and will prepare a report for the coroner.

Detective Senior Sergeant Ashley Ryan said he could not yet say whether the fire was suspicious.

He said investigators would speak to the surviving family members at hospital.

“It is a terrible set of circumstances and one that is very difficult for members of the family, and our hearts go out to the family and to the community this morning,” Det Sen Sgt Ryan told reporters.

“But also very distressing for members of Victoria Police and emergency services, given the circumstances of what’s occurred.”