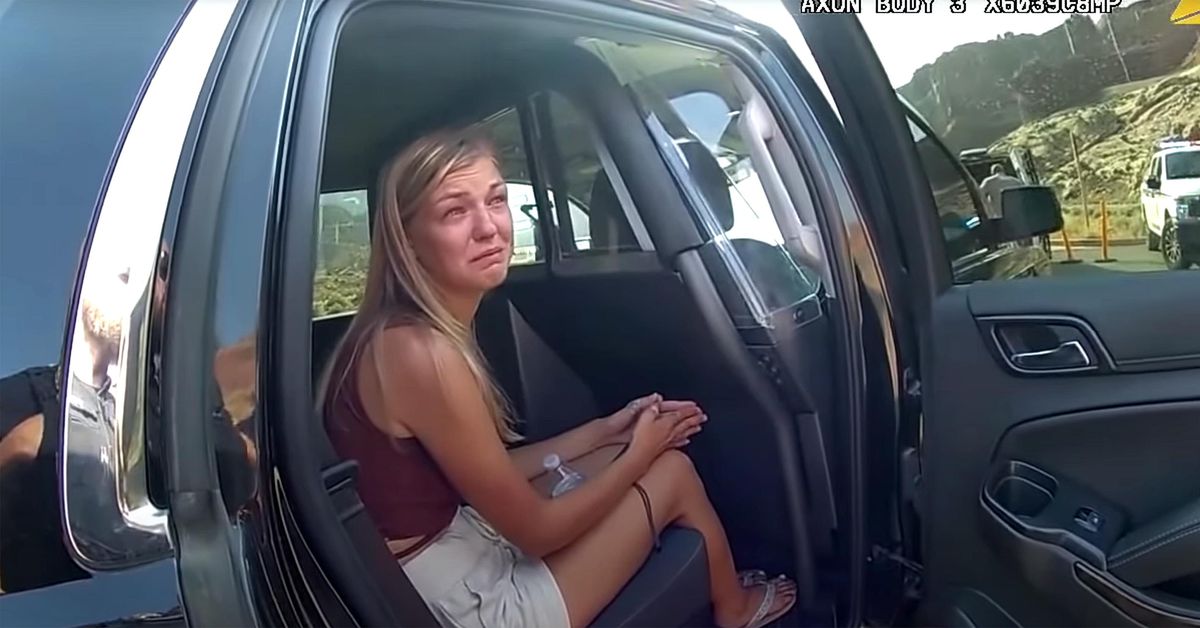 In the body camera footage captured by law enforcement after Brian Laundrie was seen slapping Gabby Petito in Moab, Utah, Petito appears to be the one who is utterly out of control.

Weeping, she apologizes profusely, admitting to scratching and hitting her partner. Laundrie, on the other hand, is calm and cool, chatting and joking with police officers.

Based on the interactions, law enforcement branded Petito, rather than Laundrie, as the aggressor, although they didn’t charge her with a crime. The situation illustrates how difficult it can be for observers to assess other people’s relationships, according to experts who reviewed the footage at the request of the Deseret News.

There’s “a lack of training or education about the dynamics of domestic violence,” said Ruth Glenn, the president and CEO of the National Coalition Against Domestic Violence.

Glenn and others who have studied coercive control or interpersonal violence said the Petito case highlights a problem that’s plagued the country for decades: Domestic violence is widely misunderstood.

They said that, in addition to building understanding of domestic violence, our legal and judicial systems need to embrace a more nuanced definition of what constitutes domestic abuse — as is the case in some European countries, including Scotland.

Few Americans grasp the variety of forms that abuse and coercive control can take, said Evan Stark, director of the Masters of Public Health program at Rutgers University’s Newark campus and author of “Coercive Control: How Men Entrap Women in Personal Life.”

“Most acts of domestic violence are things (that) fall below the radar,” including the legal radar, he said.

Coercive control can be particularly difficult to identify, in part because it’s not defined by any single act, Stark explained. “There are many things people do that are obnoxious or abusive; that doesn’t make it coercive control. It really has to do with the motive, which is to undermine someone’s identity and dignity — to bring them low,” said Stark. “One of the cues is how does it make you feel?”

Stark said that while physical violence is usually present in an abusive relationship, sometimes the aggressor relies instead on other, less obvious means to control his or her partner, like restricting access to finances. This approach renders the abuse virtually invisible to outsiders and, in some cases, makes it very difficult to bring charges against the aggressor.

Nonetheless, “victims will tell you that the emotional abuse is so much more difficult to heal from,” Glenn said. Although many physical injuries naturally heal, “the old tape playing in (your) mind” of insults and attacks can stick with you for years.

To outsiders, coercive control can even look like love, Stark added, offering the example of a spouse who drains the family’s savings to buy a home without the partner’s input or consent. Such an act might seem exciting or generous to people outside the relationship, but, since it deprives one partner of their right to play a role in important decisions, it can also be understood as violent or controlling, he said.

Stark and Glenn said there needs to be a broad paradigm shift in the way we understand domestic violence. They also said that such a shift needs to be reflected in police training and the legal system.

“I think that the big shift is long overdue. The understanding of dynamics of domestic violence is important for everyone — particularly our first responders and judicial system,” Glenn said.

Such a shift has already taken place in some European countries. For example, Scotland criminalizes psychological abuse and coercive control in addition to physical forms of domestic violence; England and Wales were the first two countries to pass such legislation.

“It’s a different understanding of what women’s rights are,” said Stark, who played a key role in developing the Scottish legislation. “It’s about more than the right not to be hit. It’s a whole different concept.”

After the groundbreaking legislation was passed, Scottish police received additional training so that they could better spot the many forms that domestic abuse can take and so they could properly enforce the law. That sort of in-depth education can save lives, experts said.

Stark believes that if Petito and Laundrie had been in Scotland “and the police knew how to ask questions about imprisonment” the outcome might have been different.

“They would have looked at other issues of confinement,” he said.