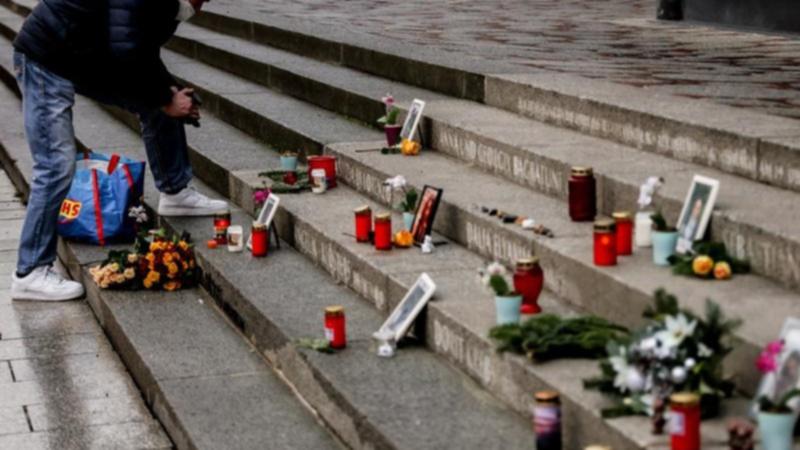 Germany is remembering the victims of an Islamist terrorist attack at a Berlin Christmas market five years ago.

President Frank-Walter Steinmeier is scheduled to attend the prayer service and deliver a speech at the Kaiser Wilhelm Memorial Church, a city landmark that sits where the attack took place on December 19, 2016.

Tunisian national Anis Amri, a failed asylum seeker, drove a stolen truck through the festive gathering near the Kurfuerstendamm, the main shopping street in the west of Berlin.

Amri was shot dead in Italy several days after the attack.

Eleven people died in the immediate aftermath of the carnage, while another man who was severely injured died in October this year.

He was a first responder who had rushed to the scene in the immediate aftermath. It is believed he was hit by a beam and sustained severe injuries to the head.

The original driver of the truck was shot dead by the assailant in a hijacking hours before the market ramming.

Around 70 people were injured in the attack.

Ahead the fifth anniversary, the relatives of the victims wrote an open letter addressed to the federal government to express their dissatisfaction with how the tragedy has been handled.

They demanded that those affected be treated with dignity and that the attack had yet to be comprehensively investigated. In their view, the security authorities could and should have prevented the crime.