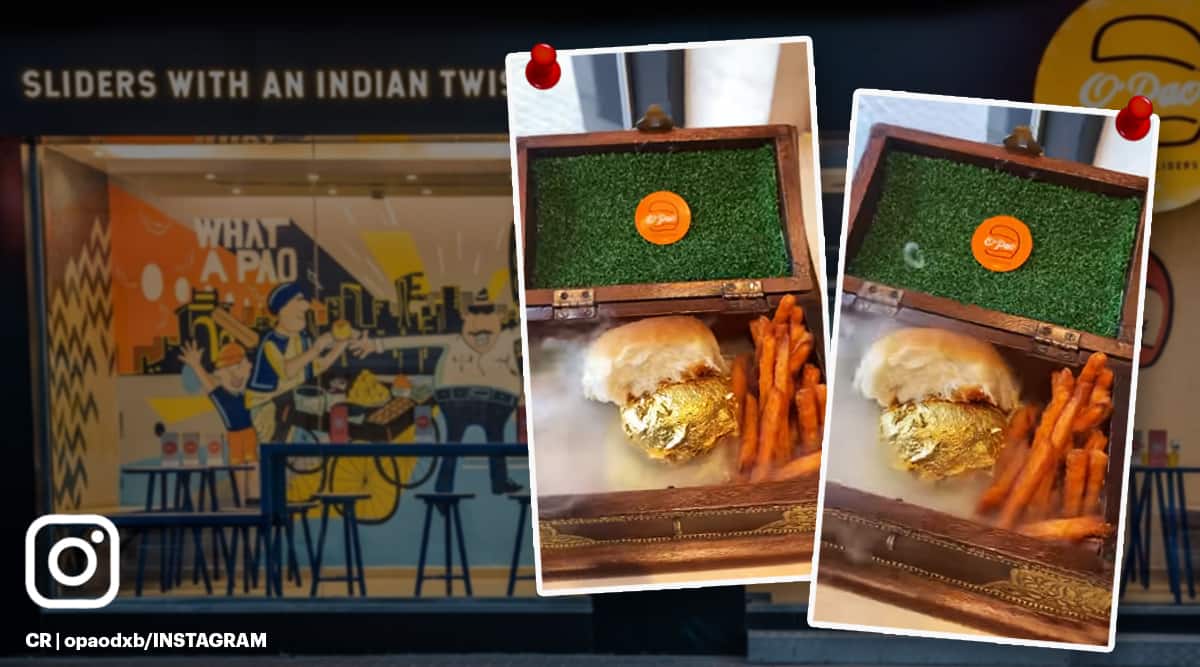 Bringing the authentic taste of Mumbai to Dubai, O’Pao DXB has been satisfying tastebuds of desi people in the country with a wide variety of vada pavs for quite some time now.

Recently, infusing opulence to their usual twist, the restaurant came up with a variation involving real gold!

According to details shared by the restaurant, the vada of the new item on the menu will be filled with cheese and imported French truffle. The bread, aka pav, will be topped with a homemade mint mayonnaise dip.

Served in a wooden box, the makers also amped it up using a nitrogen base for added effect. The dish is accompanied by a portion of sweet potato fries and mint lemonade.

Watch how the luxurious vada pav is made here:

According to The Khaleej Times, the ‘precious’ pav is available for dine-in only and the restaurant is located in Karama.

However, given Dubai’s fascination with super expensive gold food dishes, this doesn’t seem quite surprising. The country has seen 24-karat gold burgers, ice-creams, French toasts and even Biryani and the humble vada pav only seems to be the latest to join the club.