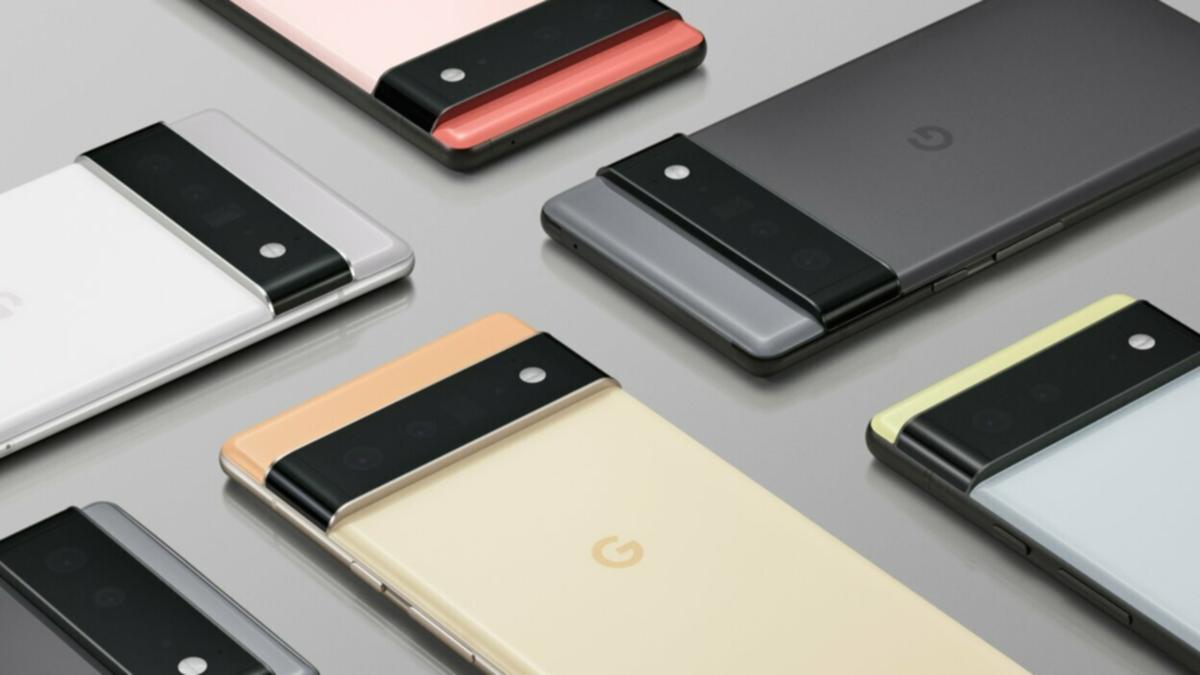 Google has finally taken the wraps off its latest Pixel smartphone range.

Two versions will be released including the base model and a more premium ‘Pro’ device.

The Pixel 6 series marks an important one for Google with the inclusion of the in-house built ‘Tensor’ system on a chip (SoC), much like what Apple does with its Bionic processor in iPhone, iPad and Macbook devices. While it may sound rather technical, there are some benefits to the Tensor chip within the phones.

Google has added a stack of AI and computational learnings to photos and video, as well as some smart features into the devices such as instant speech-to-text and live translations.

We’ll be taking both the Pixel 6 and Pixel 6 Pro for a spin and will have our thoughts on the new devices next week.

Meanwhile, if the base model Pixel 6 is more your style – you also have three colours to choose from. These are Kinda Coral, Stormy Black and Sorta Seafoam. The starting price is $999.

Google also promises five years of security updates (up from three previously) and at least three Android version updates. This should see you through to at least Android 15, which will be released in 2024.

You can pre-order the one you want from the Google store, Harvey Norman, Telstra, Optus, Vodafone and other retail partners across the country from Wednesday.

If you buy directly from the Google store you’ll also score three months of access to Kayo Sport and BINGE. Outside of that, with any Pixel 6 purchase, there’s three months of YouTube Premium and 100GB of Google One storage for new users.

Alongside Google’s new ‘Tensor’ chip, there are quite a few smarts within Pixel 6, especially in the camera setup across the Pixel 6 family. The main camera sensor captures 150 per cent more light than Pixel 5 – which was already a great device for photos.

The camera will focus on a moving subject and then add a creative blur to the background.

No longer do you need a tripod with the long exposure feature that will add a blur to moving subjects in the photo.

Helps to capture faces clearly when it otherwise may be hard to, such as times of high and fast movement.

Removes unwanted ‘photobombers’ and other ‘distractions’ from the background of your photos.

Google has done a lot of work to help represent all people and skin tones more accurately on Pixel 6.

Pixel 6 will have the ability to translate languages in real-time, meaning that you could chat to your Japanese-speaking friend in English and it will automatically translate that into Japanese without you needing to copy and paste from a translator app.

This functionality works with most popular messaging apps on Android. But it also extends to watching video content as well, adding in subtitles for the relevant language.

While this is a feature that has been previously available, it’s now faster and more accurate thanks to Google’s Tensor processing chip.

Previous Pixel phones haven’t had the most rave reviews about their battery stamina, and it seems that Google has heard the masses. Pixel 6’s ‘adaptive battery’ can last up to 24 hours on a single charge by learning about your favourite apps so it doesn’t waste battery on the apps you don’t use much.

There’s also an ‘Extreme Battery Saver’ mode that will keep essential apps running, but turn off everything else to save more power. Google says that this can have you up and running for up to 48 hours.

If all else fails, there’s 30W fast charging – but you’ll need to buy that charger separately as no charger will come in the box.

The base model Pixel 6 comes in at 6.1-inches and has a flat AMOLED display, unlike the curved one of its bigger brother. There are still a few similarities between them though. You get two of the three camera lenses on the back, IP68 water and dust protection and Gorilla Glass Victus to give the phone a decent level of scratch resistance.

Sharing a couple of similarities with the Pixel 6, the Pro version adds in a curved display, a bigger front-facing camera, a telephoto lens around the back, a faster screen refresh rate (120Hz, up from 90Hz on the Pixel 6) and some more RAM to help with multitasking.

As with the Pixel 6, the Pro comes in three colours; Sorta Sunny, Cloudy White and Stormy Black.

What is Google Tensor?

Google Tensor is Google’s first-ever processor that was designed by the tech giant, and custom made for the Pixel lineup of phones. Most Android smartphones are powered by Snapdragon, Mediatek, Huawei’s Kirin or Samsung’s Exynos processors. So this is significant in the tech world.

Apple already designs its own processor in the Bionic chip that can be found inside iPhone and iPad.

With Tensor, Google is spruiking a performance increase of 80 per cent over the Pixel 5 – which used a mid-tier Snapdragon chip. But even though performance is important, a large amount of focus has gone into the on-device AI that can deliver faster and more accurate speech recognition and image processing.

As with most smartphones these days, you’ll also be able to buy a case to protect Pixel 6 while keeping the devices unique colours and style visible. You can grab one with your order from the Google Store and other retail partners.

7NEWS.com.au has not received any monetary benefit from this content.