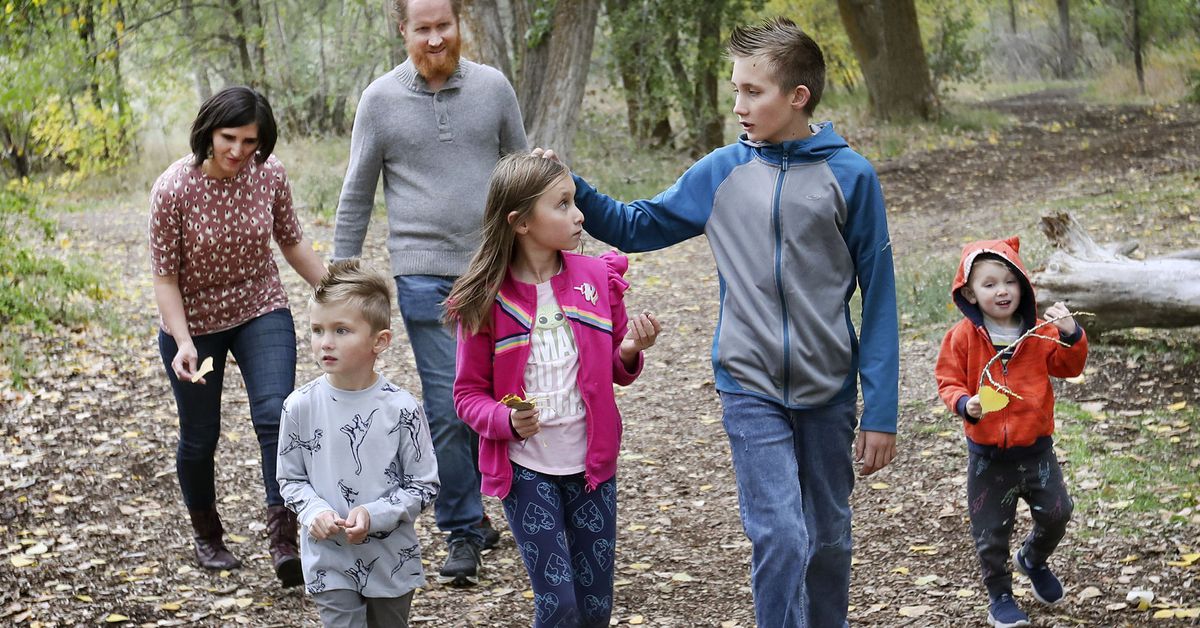 Two months into the pandemic, Melanie Jewkes was walking down her street when a neighbor flagged her down and asked a question that would have been odd a year earlier.

The neighbor wanted to know if she had enough flour. A baker in Salt Lake City, he was able to buy flour wholesale while grocery stores shelves were often empty. He said he was willing to help her and others in the neighborhood get flour if they needed it.

That morning stands out in Jewkes’ mind when considering the degree to which government, institutions and other groups were helpful during the pandemic. Like many of the respondents in the American Family Survey, released Tuesday by the Deseret News and the Center for Elections and Democracy at Brigham Young University, Jewkes gives her neighbors high marks for helpfulness.

In her town of Murray, Utah, like thousands of communities across the U.S., neighbors checked on each other, ran errands for the vulnerable and helped other families obtain scarce goods like toilet paper and hand sanitizer.

But it’s not just neighbors who earned high marks for helpfulness; the federal government did, too. This is a surprising finding, given that polls have shown trust in government has been in decline for decades.

In fact, the federal government was seen as the most helpful of eight institutions or groups, which include churches, schools and community groups.

What’s behind Americans’ renewed appreciation for the federal government? The American Family Survey suggests several factors that seem to be at play.

Who helped the most?

The American Family Survey, now in its seventh year, measures how American families live, love and prosper or succeed amid current events. Three thousand adults took part in this year’s survey, fielded June 25-July 8, by YouGov. The margin of error is plus or minus 2 percentage points.

This year, respondents were asked to rate how well eight institutions and groups responded to the pandemic.

The federal government had the highest helpful rating at 54%, followed by state and local governments at 47%. While this question relates to the pandemic response specifically, it stands in contrast to public polling before the pandemic set in, that showed historic lows of trust in government.

Polling by Pew Research Center has shown that only about a quarter of Americans say they trust the government to always or often do the right thing.

In the American Family Survey, there was a bigger increase in the number of Democrats who rated government as helpful. “This was true across all demographic groups, and I don’t have an answer for that. Everyone was just happier,” said Jeremy Pope, a political science professor at Brigham Young University and co-investigator of the survey.

The survey also polled Americans about stimulus checks and found that large majorities had received checks and said they needed them to get by. This could help explain the favorable feelings people have about the federal government, even among people who didn’t receive one.

For example, Elizabeth Wickham, who lives in Scottsdale, Arizona, didn’t qualify for a stimulus check, but her adult children did, and the checks were enormously helpful to her daughter, who was laid off early in the pandemic. The money was distributed in three rounds between April 2020 and March 2021.

Neighbors were rated next highest for helpfulness (35%), followed closely by churches and other houses of worship (34%) and employers (32%). Schools came in last, at 22%.

Over the course of a year, “Democrats’ evaluations of the helpfulness of the federal government increased by more than 40 percentage points, while Republican support fell off by about 10 points,” the report said.

‘Something of a miracle’

Jim Brainard, the Republican mayor of Carmel, Indiana, and the father of four adult children, has some ideas about why local governments have won more support. In Carmel, a city of about 100,000 just north of Indianapolis, government mobilized to help people in practical ways.

For example, the city launched a program called “Carmel Cares” to help connect city residents during the restrictions of the pandemic. Another program, “Feed the Frontlines,” coordinated meals prepared by local restaurants for front-line workers, helping both individuals and restaurants. The city also monitored local pantries and provided grants when their supplies became low.

In addition to the stimulus checks, Brainard points out the government’s role in getting vaccines available in the span of a year.

“The federal government worked with the private sector to create a vaccine, very quickly. I think that is missed a lot of times, that this was something of a miracle in government and business coming together to solve a problem,” he said, adding that he can confirm increased approval of government in his own city.

“I’ve seen polling lately about confidence in our local city government, and it’s very high, higher than it’s been in some time,” Brainard said.

The American Family Survey found that although fewer Republicans rated the federal government highly as they did last year, “trends for state and local governments were uniformly positive, regardless of partisanship.”

And don’t underestimate the value of the stimulus checks. Although it’s been months since Jewkes and her family received theirs, they are going to Disneyland this week, a long-awaited vacation paid for, in part, by the last stimulus check.