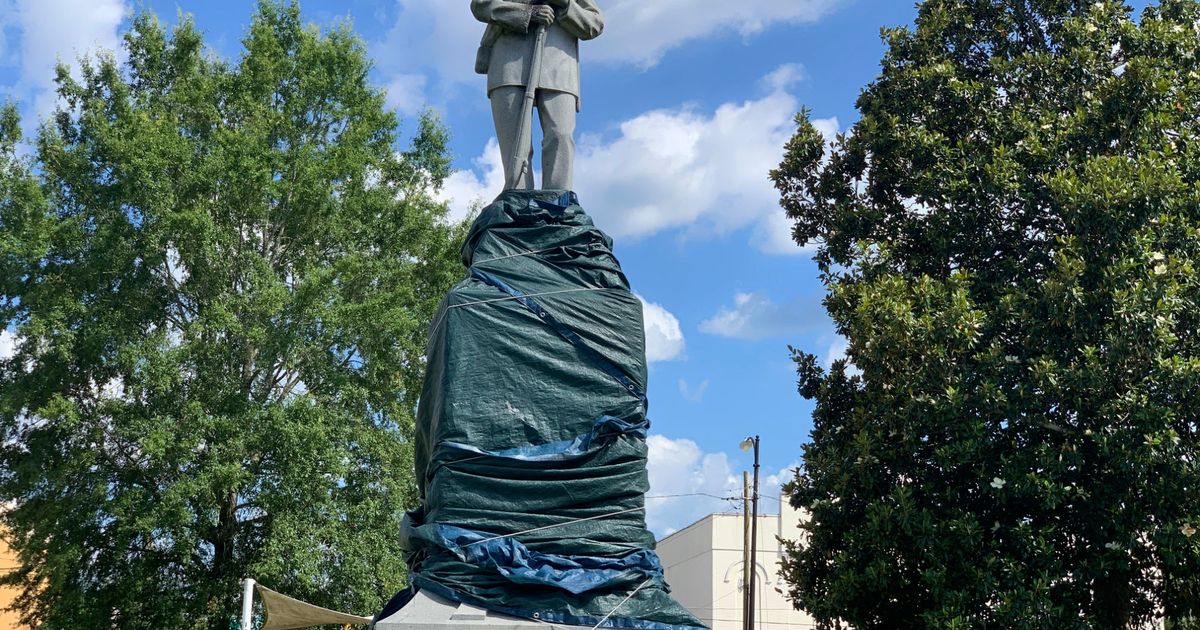 TUSKEGEE, Ala. (AP) — A hearing is set for early next year on a bid by a Confederate heritage group to dismiss a lawsuit over the land where a rebel monument stands in the middle of mostly black Tuskegee, Alabama.

The Tuskegee chapter of the United Daughters of the Confederacy is opposing a lawsuit filed earlier this year that could lead to the removal of a Confederate monument that’s stood in the heart of Tuskegee for 115 years.

A lawsuit filed by the county and Tuskegee residents argues the county wrongfully gave land to the Confederate group for the statue in 1906. A decision in favor of the county could lead to removal of the monument, which has been the subject of on-and-off opposition for decades.

But the United Daughters of the Confederacy says it owns the square legally, and an attorney for the group says members want the monument to remain. An order from the judge said he will consider the group’s request to throw out the lawsuit during the hearing in February.

The monument was erected in Tuskegee at a time when groups all over the South were erecting Civil War memorials to honor rebel troops and portray the cause of the slave-holding Confederacy as noble. Hundreds of rebel monuments have been taken down in recent years as they came to be seen as symbols of racial oppression against Black people.

Former Mayor Johnny Ford, now a Tuskegee City Council member, used a saw to damage the statue in July in hopes it would topple over, but it didn’t and the county subsequently filed suit. The United Daughters of the Confederacy has since spent several thousand dollars on repairs, its lawyer said.