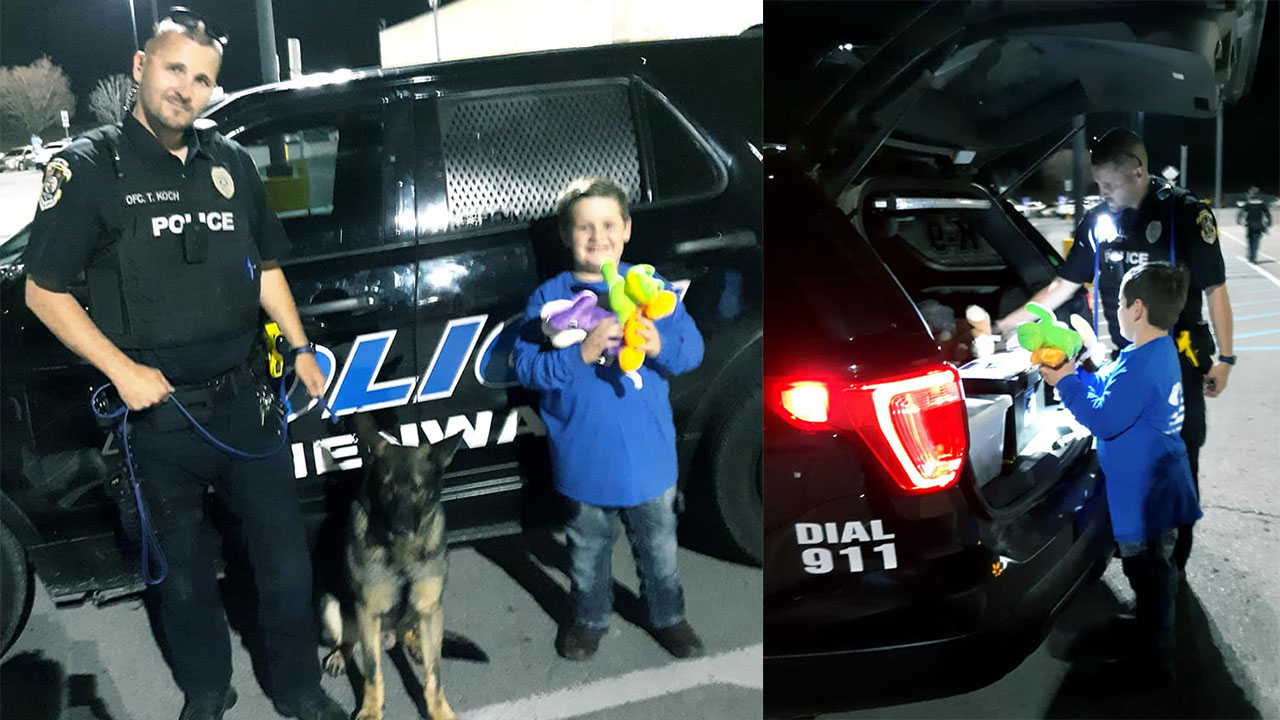 HOHENWALD, Tenn. (WKRN)– For the last three years, Hohenwald police officer Travis Koch has kept a stash of stuffed animals in the back of his patrol car. He gives them out as a form of love and comfort if he’s called to a scene involving kids.

“The kids love it. They start smiling. Shake my hand. Give me a hug,” Officer Koch said.

When Mashaya Stephens found out about Officer Koch’s kind gesture, she told her husband about it. But someone else was listening, too — her 7-year-old son, Stetson.


‘Thank you God for everything’: Waverly volunteers give back after flooding devastation

“One of our K9 units for the City of Hohenwald Police Department was outside training his K9 and the back of his unit was open and I had seen this tote with stuffed animals inside it. Honestly, I thought it may have been for his K9, and I said what are these for? And he said these are for children. When I have to go on calls that involve children,” Stephens said.

A few weeks ago, Mashaya and Stetson went to Walmart to run some errands. As they were leaving, Stetson asked if he had any allowance money left.

“We were coming out of Walmart and they have those claw machines and he asked how much of his allowance he had left. I said a few dollars and he said well can I get it in quarters,” Mashaya said.


Thanksgiving Day has brought Middle Tennessee a variety of weather

Stetson wanted to play the claw machine. He won six stuffed animals, then asked his mom to make a phone call.

“He said mom can we call that officer that does the stuffed animals things for children. And I said absolutely,” Mashaya said.

“I just wanted to give it to him and help care for other kids,” Stetson said.

Officer Koch drove to Walmart and helped Stetson load the stuffed animals into the back of his cruiser, thanking him for the selfless donation.

“I let him know that he’s gonna help a lot of kids that maybe don’t have it as good as he does and he will help put a smile on their face,” Officer Koch said.

“Stay humble. Stay kind. Always remember there’s somebody out there that’s less fortunate and you never know if giving them a stuffed animal is going to make their day,” Mashaya said.

If you want to donate any toys or stuffed animals, you can drop them off at the Hohenwald Police Department.