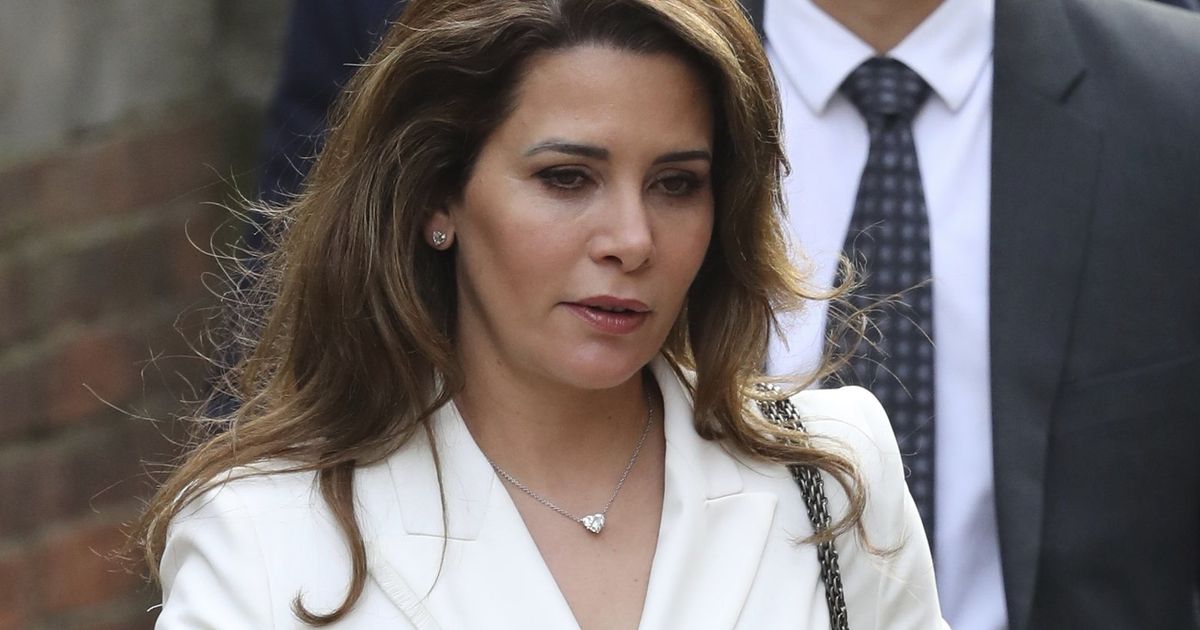 London’s family courts frequently play host to the most acrimonious and costly disputes between estranged couples. But none have been as revealing or expensive as that between Dubai’s ruler and his former wife, Princess Haya Bint al-Hussein.

From revelations of blackmail, intimidation and hacking to extravagant spending on horses, homes and sunken trampolines, much of the details of the case had remained private. Now a judge’s ruling on the $734 million financial award between the two and their children — the highest in U.K. family court history — has exposed a family dispute like no other.

The case stemmed from the pair’s overseas divorce in 2019. The princess had fled to the U.K. that year with their two children out of fear for the safety of her family. That’s after she learned that Sheikh Mohammed bin Rashid Al Maktoum had orchestrated the abduction of his two children from another marriage.

Since then, he was found to have ordered the hacking of phones belonging to her and her legal teams, and tried to buy a property close to hers. One judge said the sheikh conducted a campaign aimed at “intimidating and frightening” the princess before she fled and said the sheikh was “prepared to use the arm of the State to achieve what he regards as right.”

The case revealed the princess paid $8.9 million to four of her security operatives after they allegedly blackmailed her during the marriage over an affair that she had. Judge Philip Moor called it “a most unsatisfactory episode” in his ruling and said the princess “must have been very frightened,” although he acknowledged that the alleged blackmailers didn’t give evidence in the case.

The sheikh said in a statement that he “has always ensured that his children are provided for.” Lawyers for Princess Haya declined to comment on the ruling.

Although the sheikh didn’t disclose his assets or give evidence in the case, it provided a glimpse into the fabulous wealth of middle-eastern royalty and the extravagances to which they are accustomed.

The princess’s 2019 budget as the sheikh’s wife was almost $96.9 million. She owned haute-couture clothing that cost about $83.5 million and jewelry that cost $26.5 million, according to a court ruling published this week.

She told the court that the family’s holiday costs at a hotel in Italy one summer were $813,280, with another $309,070 spent at a hotel in Greece. The flights to both locations cost $517,400, due to the need of taking a private plane for security reasons. An additional $72,970 per week was required for expenses, such as the hire of a private yacht, according to the ruling.

The court judgment laid out in detail the items awarded to the princess and her children, some of which are below.

Judge Moor said in his judgment that “the children should be able to have a lifestyle that is not entirely out of kilter with that enjoyed by them in Dubai and that enjoyed by His Highness and his family.”

Still, most of the award will be used to provide future security for the princess and her children. One security officer said in court that armored vehicles were needed because he couldn’t rule out an armed attack on the family convoy.

London’s family courts are generally a sympathetic place to nonworking spouses in a high-stakes divorce battle, with judges typically prepared to order a more equal share of a couple’s assets.

“The settlement achieved by Princess Haya today would not have been possible in many jurisdictions,” said Harriet Errington, a lawyer at Boodle Hatfield, who wasn’t involved in the case.

Even so, the case was unique because the princess’s only request for herself was for security and some lost personal possessions; the majority of the award relates to the children’s security and expenses. The judge said that outside the settlement, “she will have very little” besides her two property trusts and she “will just have to husband her own personal resources carefully.”

While the award falls below the $1.9 billion she sought, the sheikh may have to hand over more than the $734 million due to ongoing annual security costs he must pay his children for the entirety of their lives. At the beginning of the case, he offered to put up a bank guarantee to HSBC Holdings, to which the judge held him.

The princess’s struggle to maintain the family’s lifestyle was laid bare when she told the court she had been forced to sell possessions including jewelry, horses, gold and cars to the value of $21 million. Earlier this year, her lawyer said that “she’s firefighting in financial terms.”

This story was originally published at bloomberg.com. Read it here.