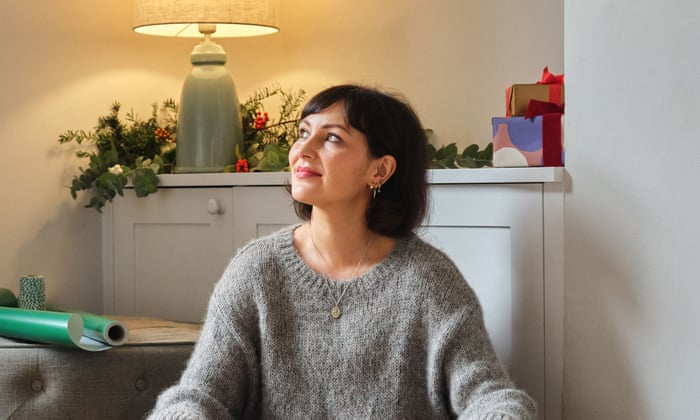 There are few people you can send a 20-minute voice note to without worrying you’ve overcooked it. My friend Jane is one of those people. We met in secondary school back in our hometown of Bournemouth about 25 years ago, later discovering we’d actually crossed paths years earlier in our local playgroup (I’d bitten her after she stole my favourite toy, apparently). Once we’d successfully glossed over our toddler years, we became firm friends and, as teens, spent hours in each other’s poster-adorned bedrooms, discussing serious topics such as Russian hamsters, boys we fancied, driving lessons and whose parent could be cajoled into picking us up from town that Saturday.

We quickly learned that where one of us lacked, the other came up trumps. Jane valiantly agreed to parallel park my Vauxhall Corsa ahead of sixth form French lessons, for example, and I, in turn, would gamely hand over my hair straighteners for a precious weekend loan. When we had our belly buttons pierced aged 17, Jane carefully manoeuvred me – perilously close to fainting – into the back seat of her car afterwards, distracting me with uncanny impressions of people we knew until the dizziness had passed.

Moving to London at a similar time in our 20s, I encouraged (read: forcefully insisted) Jane to move to the same neck of the woods as me, where we enjoyed a fresh stomping ground, exploring the city together while our lives meandered in different directions. I’ve lost count of the random locations where we’ve found ourselves weeping with laughter, both of us contorted with the kind of tear-inducing snorts only true friends can elicit – everywhere from grimy dancefloors to seats on flights it’s a miracle we ever made it on to.

With November birthdays just a week apart, it’s meant we’ve shared countless celebrations from our teens right up until our 30s, too. Jane has always been a thoughtful present-giver – and not just on birthdays. She’s the friend who remembers when others might not. A bunch of flowers on a difficult anniversary. A set of pretty champagne glasses to celebrate a house move. Not to mention showing up in unglamorous locations when it’s really mattered. Hours spent squashing enormous Ikea bags full of belongings into car boots after a breakup? She’s there. Painstakingly building awkward chests of drawers late into the night, so you have somewhere to put your PJs in your new flat? All over it.

In 2017, I cheered in a bridesmaid dress as Jane tied the knot to her now-husband and welled up two years later when she revealed she was expecting her daughter, Carrie. It was during the pandemic last year – while still pregnant and living close by – that Jane told me they’d accepted an offer on their London flat and would soon be leaving the city. I felt a pang of sadness. Somehow, the pandemic seemed to unearth what really mattered. It reminded us of the importance of things such as family and good friends, and how vital it is to really treasure those relationships.

Still, the last six months have brought their own challenges. After a magical year watching my friends become first-time parents to a delightfully giggly baby, Carrie was diagnosed with late-developed hip dysplasia and has recently undergone multiple operations to correct it. It’s meant countless hospital trips for Jane and her husband (forget the Olympics, learning how to change nappies with a small baby in a cast really deserves a medal). Watching an old friend navigate new, difficult terrain from the sidelines is a strange thing. You find yourself stuck between a place of compassion and complete awe at the way they rise to the challenge.

While, happily, Carrie looks set to make a full recovery, I think perhaps it’s meant the smaller moments have somehow become more special and meaningful as a result. It’s why this Christmas, since we’ve missed out on festive tipples and in-person socialising for so long, I’d love to send a special gift to help Jane enjoy herself and make up for it, to show I’m thinking of her. A one of a kind gift for a one of a kind friend. Plus, it’s probably a cunning excuse to invite myself round to share it, isn’t it? And in the meantime? There are always 20-minute voice notes.

Limited edition art
Choosing art for someone special is an art in itself. Start by considering the lucky recipient’s space – is it modern with clean lines and white walls, maximalist with lots of colour? Then choose a limited edition print that matches their personal taste.

A luxury fragrance
Scent is so intimate, so think about what kind of smells your loved one likes: do they fill their home with flowers or would they prefer a more intense fragrance? If you’re still stuck, go for an all-time classic.

Make it count with Jack Daniel’s Single Barrel, for a one of a kind Christmas