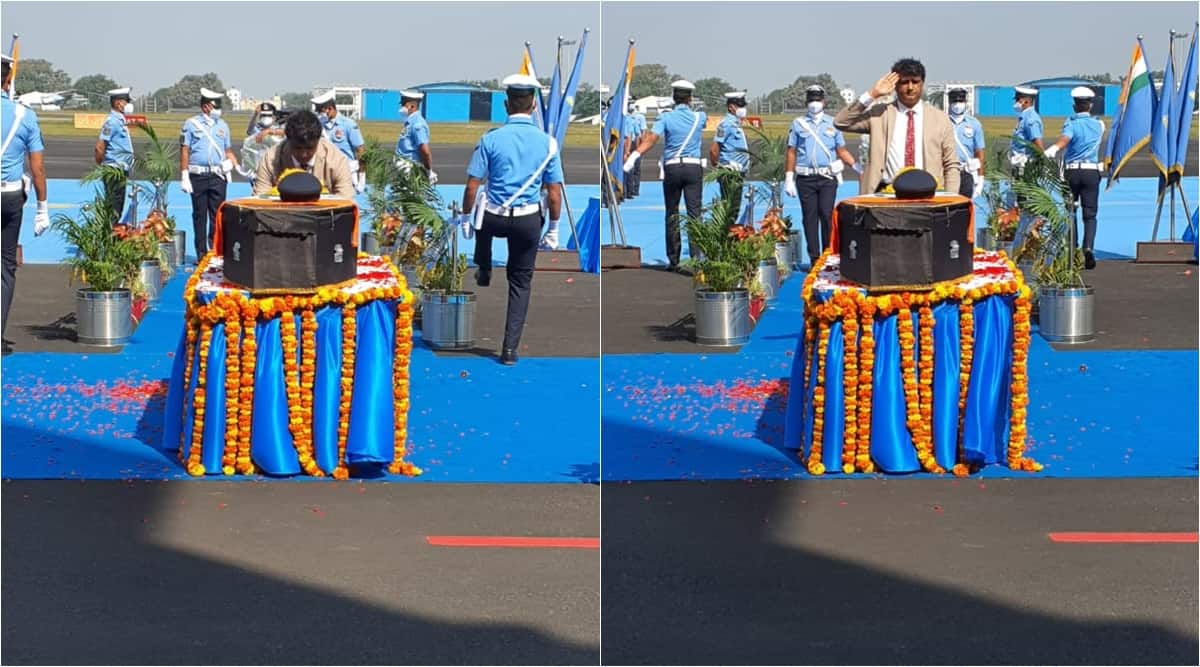 The Indian Air Force (IAF) and family members of Group Captain Varun Singh Thursday paid their respects to the officer at the Air Force Station in Yelahanka in Bengaluru before his body was flown to Bhopal in a service aircraft.

The Shaurya Chakra awardee was the lone survivor of the December 8 helicopter crash in Tamil Nadu’s Coonoor that killed Chief of Defence Staff General Bipin Rawat, his wife Madhulika Rawat and 11 others.

Singh’s uncle, Akhilesh Pratap Singh, who was with the family in Bengaluru, told The Indian Express that the family is shattered. “He suffered 95 per cent burns in the crash but we were hopeful that he would make it. He had faced several harsh situations since childhood and always emerged victorious. He was a soldier in the true sense.”

A day after the crash, Singh was brought to the Command Hospital in Bengaluru from the Military Hospital in Wellington.

Medical experts from both private and the state government-run hospitals were a part of the advisory team that shared their expertise with the team at Command Hospital which was treating him.