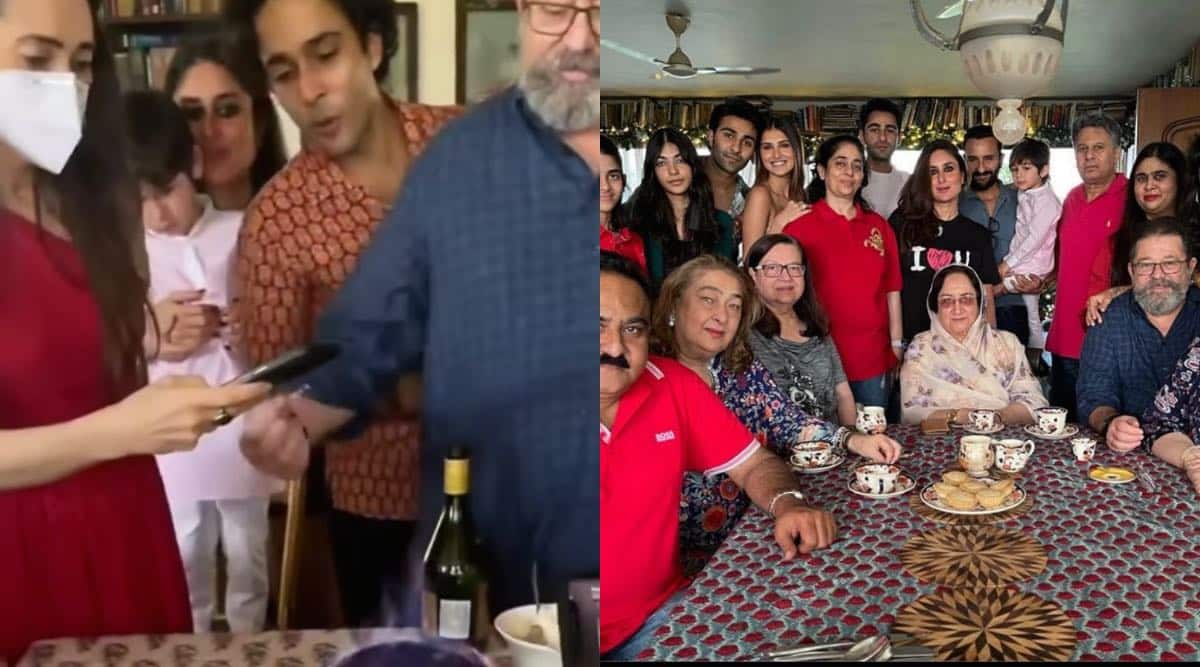 Kareena Kapoor, Saif Ali Khan, their son Taimur, her sister Karisma Kapoor and other Kapoor family members came together for their annual Christmas lunch on Saturday in Mumbai. The party was hosted by Shashi Kapoor and Jennifer Kendall’s elder son, Kunal Kapoor. Karisma and Armaan Jain shared numerous videos and photos from the get-together. The afternoon was presumably more special as Kareena had just recovered from COVID-19.

In the photo, shared by Armaan Jain on Instagram, the family gathered around the dining table. Shammi Kapoor’s wife Neila Devi and Rima Jain sat at the table while the children and grandchildren stood behind them. Armaan captioned the photo, “Merry Christmas!”

Kareena, Saif, Taimur, Armaan, Aadar Jain, Tara Sutaria, Karisma and her daughter Samiera Kapoor featured in the photo. However, other prominent faces from the Kapoor khandaan were not present at the gathering. Karisma and Kareena’s father Randhir, Neetu Kapoor, Ranbir Kapoor and Alia Bhatt did not attend the party.  Ranbir, Neetu and Alia were seen at a Christmas Eve party at Alia’s home on Friday night.

Karisma Kapoor shared photos of Zahan and Shaira Kapoor cutting the chicken, as well as a video of Kunal adding a fiery touch to a Christmas cake, while Karisma took a video and Taimur watched. Karisma captioned the video, “Flames with the fam!”

The paparazzi had also spotted Amitabh Bachchan’s grandchildren Navya Naveli Nanda and Agastya Nanda making their way to the party.

Kareena Kapoor Khan had been diagnosed with COVID-19 earlier this month, and had shared updates on social media. On Friday, Kareena confirmed she had tested negative for Covid-19, and was reunited with Saif and their children Taimur and Jehangir.