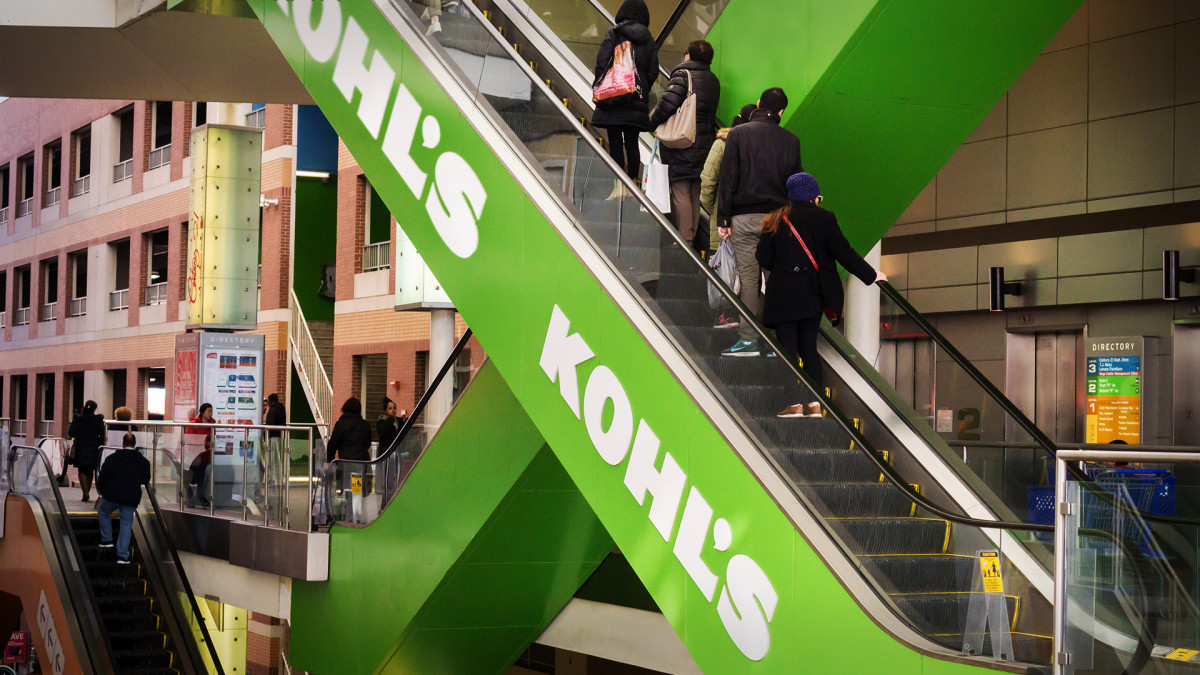 Institutional investors are renewing their push for major changes at Kohl’s  (KSS) – Get Kohl’s Corporation Report as the retailer pursues its strategy.

The department-store chain is facing pressure to sell itself and to remake its board. So far, the company has assessed the offers that have been on the table but found them inadequate.

Kohl’s, Menomenee Falls, Wis., says it’s worth more than the offers it has received from potential buyers. The company recently adopted a poison pill, a measure designed to make a hostile takeover prohibitively expensive.

On Thursday, Macellum Advisors, a long-term holder of nearly 5% of Kohl’s shares, issued a statement highlighting what it calls a pattern of “anti-shareholder actions and poor corporate governance.”

Macellum recently nominated a slate of 10 individuals — including the investment firm’s chief executive, Jonathan Duskin — to the Kohl’s board.

Bloomberg then reported that Kohl’s had been approached by private equity firm Sycamore Partners about a potential takeover. The New York private equity group offered $65 a share, sources told Reuters.

The Kohl’s board reviewed “current expressions of interest” from groups looking to purchase it. “The valuations indicated … do not adequately reflect the company’s value in light of its future growth and cash flow generation,” the company said in a statement.

“The board is committed to maximizing the long-term value of the company and will review and pursue opportunities that it believes would credibly lead to value consistent with its performance and future opportunities.”

“We have a high degree of confidence in Kohl’s’ transformational strategy and we expect that its continued execution will result in significant value creation,” Chairman Frank Sica said. The board “will continue to closely evaluate any opportunities to create value.”

Macellum has said that it had tried to work with Kohl’s and the board. The investment firm said in proxy materials for the 2022 Kohl’s annual meeting:

“Last year, Macellum, together with certain other shareholders, nominated a slate of directors seeking significant board change. After some engagement, we decided to enter into a settlement agreement with the company whereby two of our director nominees would join the board, Margaret Jenkins and Thomas Kingsbury.

“While we were hopeful that settling our campaign last year would move the board in the right direction, unfortunately Kohl’s stock price has continued to underperform and has only increased recently following reports that offers have been made by several credible parties to acquire the company.

“The board’s recent and quick rejection of at least two offers to buy the company, at a material premium to the then stock price, and the board’s decision to implement an onerous poison pill, forces us to conclude that the only way for shareholders to realize a reasonable return on their investment is with a majority of the board refreshed.

“Therefore, we have nominated a slate of 10 highly qualified and capable candidates who will bring fresh perspectives, talented leadership, and a firm commitment to assessing all paths to maximizing value for shareholders. This means evaluating sale opportunities relative to a new strategic, operational, and financial plan for pursuing market share growth and enhanced earnings.”

Macellum said in its Thursday statement what it called Kohl’s’ hasty rejection of the recent bids “[reaffirms] our belief that a majority of the board is entrenched and lacks the objectivity necessary to evaluate potentially value-maximizing sale opportunities.”

It said the board hasn’t responded to its request that the company issue a single proxy card with all candidates appearing on that card. The SEC issued rules for so-called universal proxy cards to address the issue that with multiple proxy cards in contested elections, holders couldn’t vote for a mix of dissident and company nominees.

Macellum said it assumed that Kohl’s “would want to be a voluntary early adopter” of the SEC rules, which go into effect beginning Sept. 1

And Macellum said that the record date for the annual meeting has been moved up by three weeks to March 7.

“Given that the company is set to report earnings on March 1, shareholders do not have reasonable time to add to their positions with all the facts in front of them if they want to have a say at the upcoming annual meeting,” the firm said.

“Further, the record date would require a shareholder to have purchased shares prior to the long-awaited analyst day scheduled to take place on March 7.”