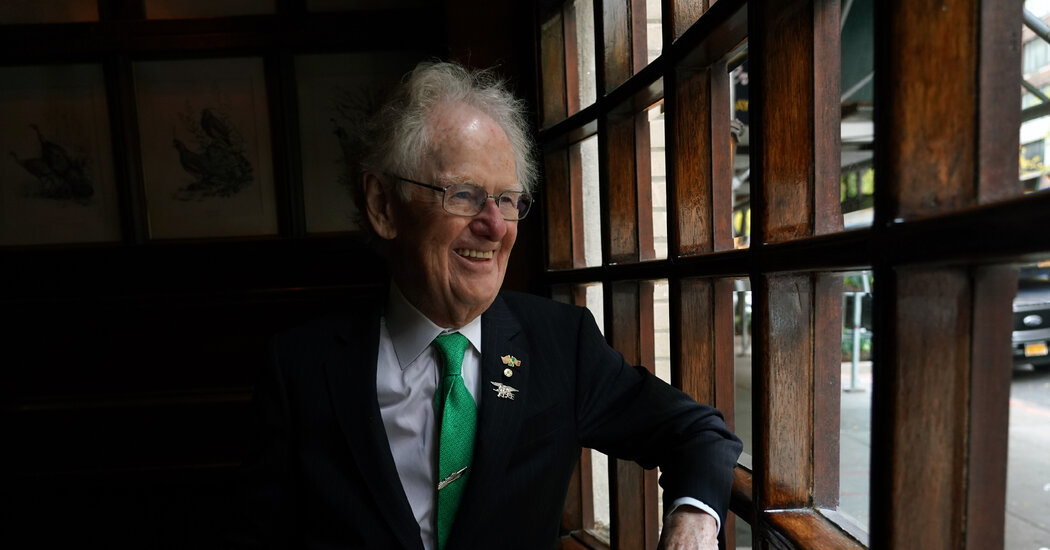 At school they poked fun at Jimmy for his size. But he later got the last laugh when he cleaned out everyone’s pockets at a poker game. With his winnings he bought two lambs, which he bred into more lambs, which he then sold. At 24, he purchased an ocean liner ticket to America with the earnings.

“You’re so small,” he recounted his mother telling him. “What are you going to do in America?”

Arriving in Manhattan, Mr. Neary was greeted at the pier by his older brother, John, a police officer who had immigrated earlier. Jimmy soon found a job as a porter at the New York Athletic Club and a place to live in the Bronx. Drafted into the Army, he learned how to drive a tank at Fort Hood in Texas before being deployed to Germany. After his service, back in New York, he tended bar at P.J. Moriarty’s for years.

Mr. Neary was pouring pints one evening when he met Eileen Twomey, whom he married in 1966. The next year, he opened Neary’s with a fellow bartender, Brian Mulligan, who remained his partner until he died in the mid-1980s.

Around that time Mr. Neary bought the building housing the restaurant — a purchase that served him well decades later when the coronavirus pandemic gripped New York. As other businesses closed because they couldn’t make rent, Neary’s stayed afloat. His daughter Una, who worked for her father as a waitress in her younger years and then helped him run the place while holding down her day job in finance, will continue to oversee the business.

In addition to her, Mr. Neary is survived by two other daughters, Ann Marie Bergwall and Eileen Bowers; his son, Patrick; and eight grandchildren.

Over time, Mr. Neary’s regulars became something like family to him as well. But every once in a while, Una Neary said, an unfamiliar face would walk into the restaurant and approach the bar, somewhat hesitantly, and invoke his Gaelic name.

“Is Séamus Neary here?” the visitor would ask. “I used to know him back in Ireland long ago before he was famous.”