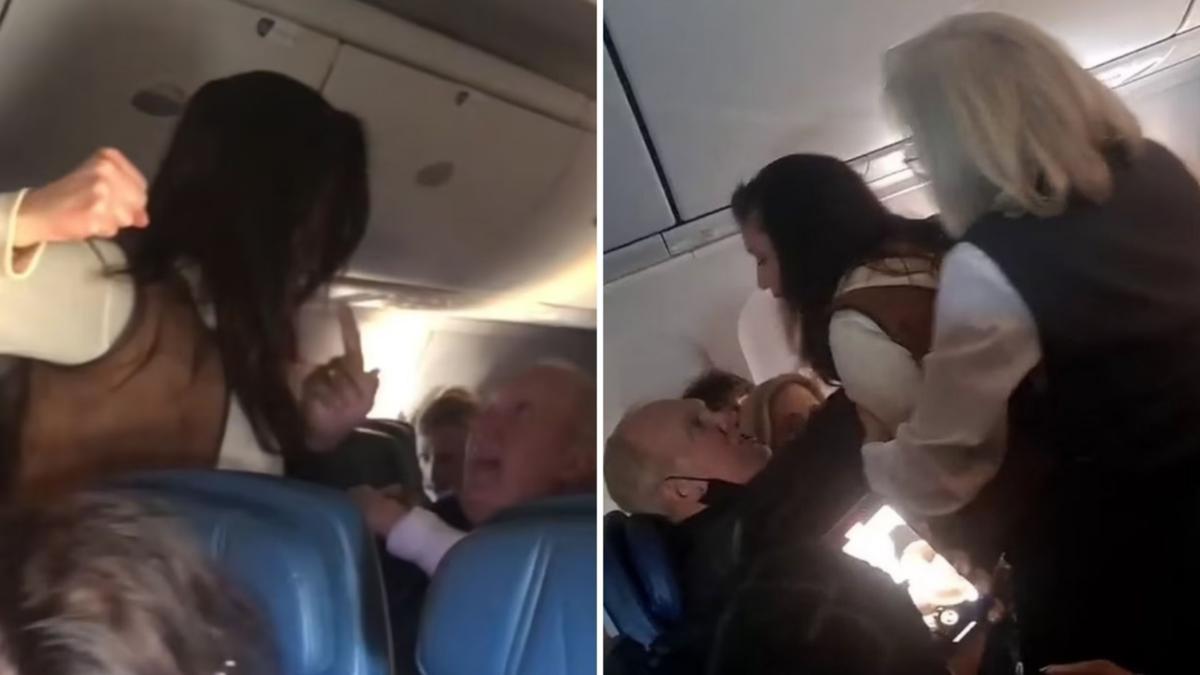 A woman aboard a Delta Air Lines flight has been detained in Atlanta for alleged unruly behaviour after video emerged of an alleged incident appearing to show her slapping a man across the face following a dispute over masks.

The incident occurred Thursday on flight 2790 from Tampa, Florida, to Atlanta, according to a statement from Atlanta police.

Once the flight landed at the Hartsfield-Jackson Atlanta International Airport, police say passengers told them Patricia Cornwall caused the disturbance while in the air.

“This disturbance led to the injury of fellow passengers and Delta employees,” police said.

Video of the alleged incident was posted to Instagram.

The video shows a woman, whose mask is around her neck and below her chin, speaking to a man sitting in his seat.

The video does not show the beginning of the confrontation and it is not clear what happened immediately prior to recording.

The two curse at each other throughout the nearly two-minute video.

The woman repeatedly tells the man to put his mask on. At one point the man responds, “You’re a … Karen. Sit down.”

“Karen” is slang typically referring to an entitled white woman.

He also points out how the woman’s mask is down, before calling her a vulgarity.

After the woman asks the man if she called him the profanity, the video appears to show her slapping him in the face.

The video also shows the man claiming the woman spit on him.

The woman is escorted away from the man by multiple people.

Delta said in a statement Monday: “Flight 2790 from Tampa to Atlanta was met by law enforcement after an unruly customer disturbance during flight”.

“Situations like these are rare for the vast majority of our customers and Delta has zero tolerance for unruly behavior at our airports and aboard our aircraft.”

Atlanta police on Monday deferred questions to the FBI.

An FBI spokesperson said Cornwall was expected to appear in federal court in Atlanta on Monday afternoon. The spokesperson directed additional questions to the US Attorney’s Office.

No one with the US Attorney’s Office for the Northern District of Georgia immediately responded Monday to a request for comment.

It was unclear if Cornwall had retained an attorney. She could not be reached for comment.