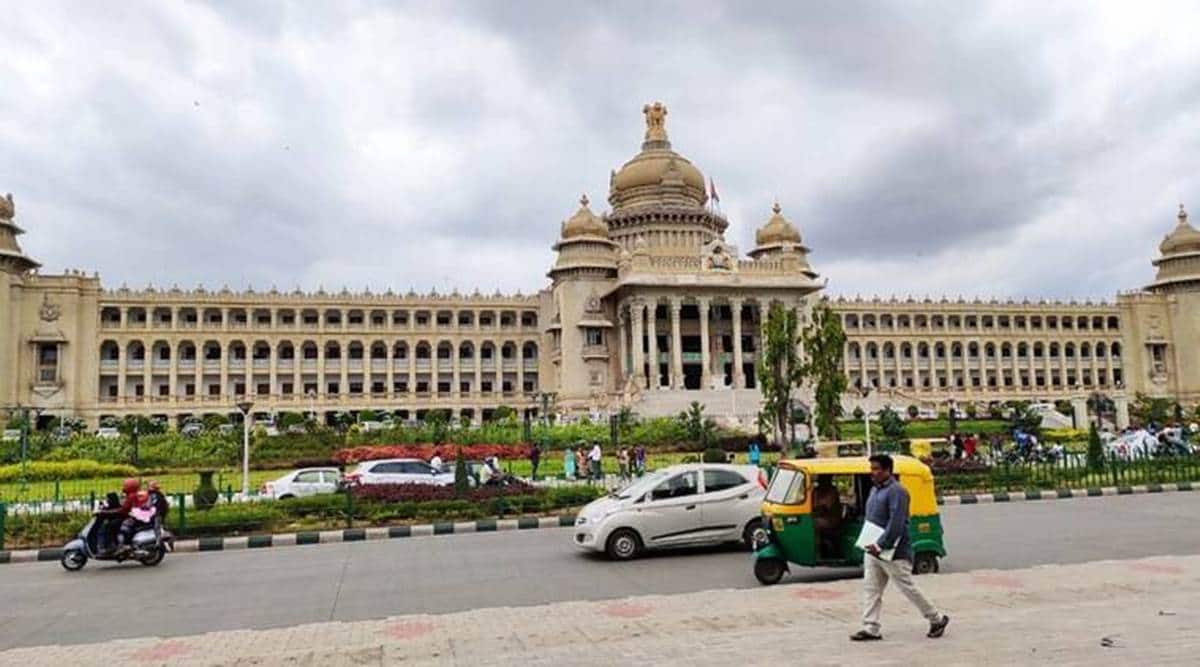 A series of retaliatory skirmishes over the last week between Kannada and Marathi language chauvinists in Belagavi region and parts of Karnataka and Maharashtra resulted in an attack on Karnataka police and government vehicles by a group of vandals in Belagavi after midnight on Friday, leading curfew being imposed in Belagavi city on Saturday to prevent further incidents.

A bust of a renowned Kannada warrior and freedom fighter Sangolli Rayanna was damaged, one police vehicle was set on fire and several Karnataka government vehicles were stoned in a brief spell of violence in Belagavi city early Saturday. No one was reported injured.

Stating that “a few arrests” have been made, Karnataka Chief Minister Basavaraj Bommai said on Saturday, “Our DGP will speak to his counterpart in Maharashtra about security for Kannadigas and attacks on buses and private vehicles from Karnataka. Our Home Minister will take up the issue with his Maharashtra counterpart. If necessary, I will speak to the Maharashtra CM.”

On the alleged desecration of a statue of Chhatrapati Shivaji Maharaj in Bengaluru earlier, Maharashtra Chief Minister Uddhav Thackeray, in a statement, demanded immediate intervention of Prime Minister Narendra Modi in the issue to stop “Kannada atrocities”, and to instruct Karnataka government to take immediate action against those involved in the incident.

The violence in Belagavi occurred after the winter session of Karnataka Assembly — being held in Belagavi since December 13 — closed for the weekend on Friday.

Four separate cases have been registered over the violence, which was simmering below the surface since December 13, when Maharashtra Ekikaran Sangh (MES), a local pro-Marathi political party, was prevented from holding a Maha Melava rally outside the Assembly venue.

The rally has been organised outside the same venue in the past by MES to seek unification of Marathi areas of Belagavi with Maharashtra. On December 13, Belagavi district administration canceled permission for the rally, fearing clashes between pro-Marathi and pro-Kannada activists.

Even after it was cancelled a few MES activists gathered at the venue and were involved in a confrontation with Kannada activists from Karnataka Navanirmana Vedike. The pro-Kannada activists allegedly threw black ink on two MES leaders. Three people were arrested over the incident.

A Shiv Sena leader, Vijay Devani, from neighboring Kolhapur in Maharashtra, who was traveling to participate in MES’s rally, was sent back by Belagavi police on the grounds that the rally had been canceled.

The MES, which has in the past won seats in Karnataka Assembly, subsequently called for a Belagavi bandh on December 14. The bandh call evoked only partial response in Maharashtrian-dominant areas of the city.

A Karnataka flag was reportedly burnt in protests held in Kolhapur around the time of tension and this issue was raised in Karnataka Assembly by JD(S) MLA M Annadani, who moved a censure motion. The censure motion was adopted by the Assembly.