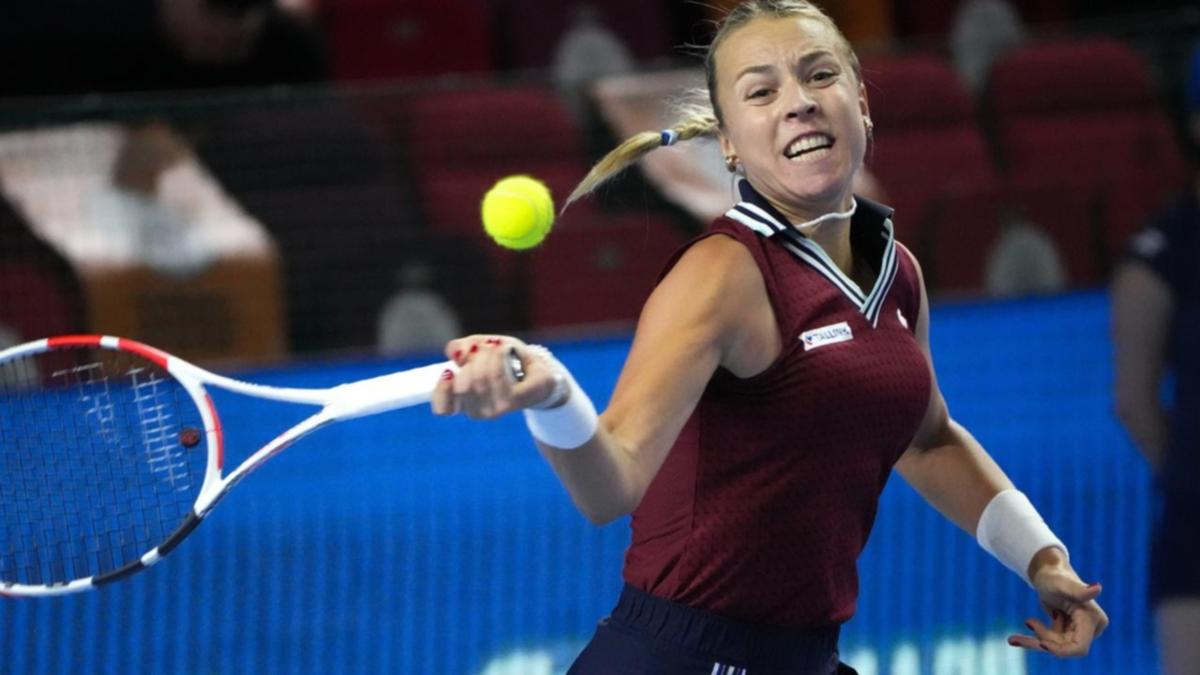 Anett Kontaveit will face Ekaterina Alexandrova in the final of the Kremlin Cup after Maria Sakkari retired from her semi-final match with Alexandrova.

Sakkari was trailing 4-1 in the first set when she retired on Saturday. The reason was not immediately clear.

Sakkari is ranked seventh in the world and secured a place at the season-ending WTA Finals earlier this week when she reached the quarter-finals in Moscow.

Alexandrova reached her first tour-level final since winning the Shenzhen Open in January 2020 and has a 1-1 career record in finals.

In Sunday’s final, Kontaveit will bid to win a third title in as many months after beating Marketa Vondrousova 6-3, 6-4 in the other semifinal match. The Estonian took a big lead early in both sets but took her time closing out the match on the fourth match point.

“I thought it was a very difficult match. I was trying my hardest and Marketa is such a nice girl and a tough opponent and a tricky opponent to play against,” Kontaveit said. “I’m so happy to be in the final.”