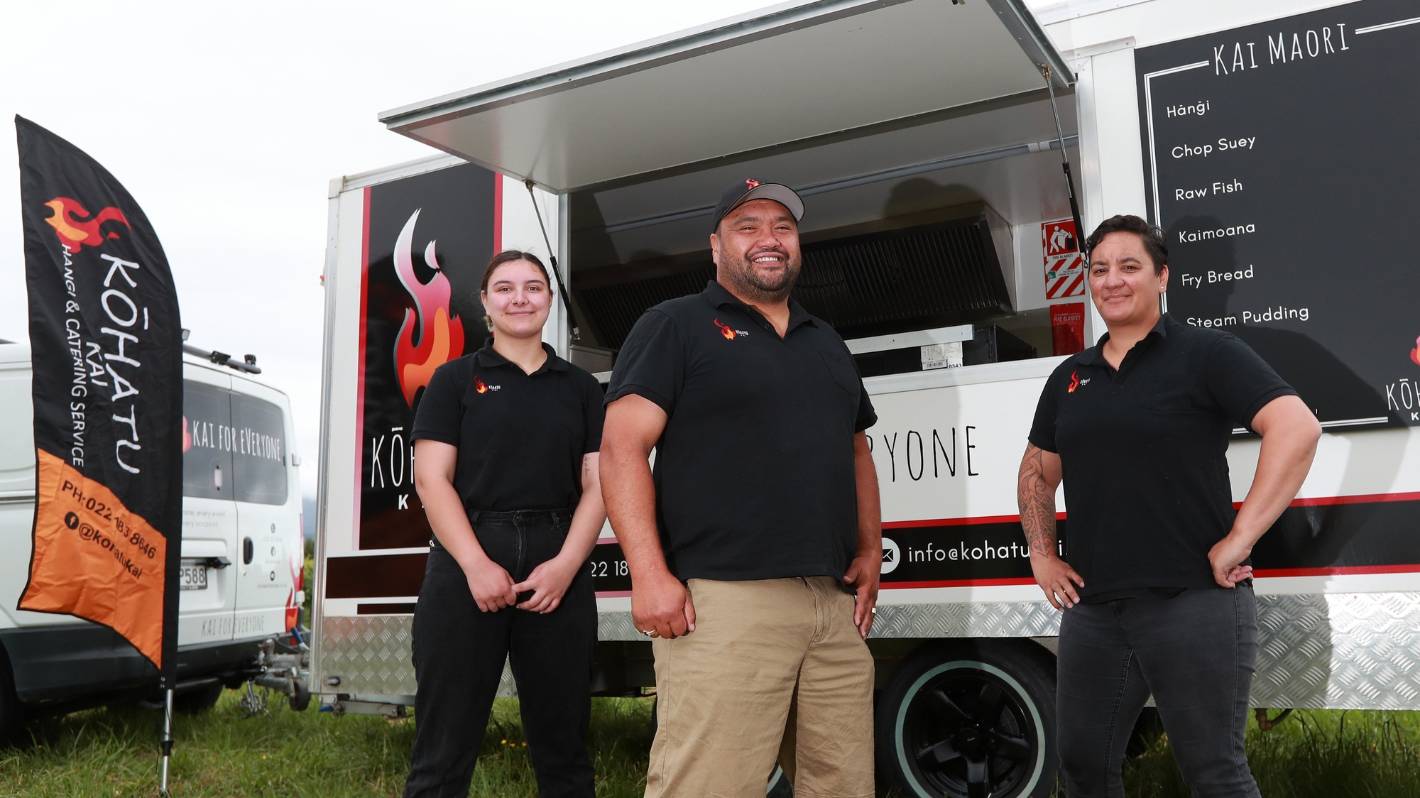 A new business venture is hoping to reconnect whānau with their iwi and culture through food, while also allowing access to traditional Māori kai.

Kōhatu Kwik Kai is a new Māori kai “meals on wheels” service, hoping to target the top of the south’s kaumātua, or elderly population.

Kōhatu Kai kaitohu (director) Josh Joseph said they hoped the initiative would help to bring whānau together, especially those who may have become disconnected from their iwi and marae.

The whānau-owned venture launched in January as a mobile catering and events business – and were now in the process of expanding into the new service.

“We do everything from festivals to birthdays, weddings, and now we are getting into meals on wheels, through the Kōhatu Kwik Kai,” Joseph said.

“Our whānau have all been involved with cooking on the marae for generations.

Mum and dad of six teach their children to grow kai.

“Over the years we’ve seen how kai Māori has been less and less accessible. Part of the thought behind this was how do we connect our kaumātua back into te ao Māori.”

It’s hoped the initiative, which was supported by Whānau Ora commissioning agency Te Pūtahitanga o Te Waipounamu, would eventually be rolled out across Te Tauihu (the top of the south). Joseph said they had also received support from Te Ātiawa, Ngāti Rārua and Te Piki Oranga.

At present, it would run every Monday, in Wairau (Blenheim) and Waitohi (Picton).

“Because this is a pilot at this stage, eventually by March next year we hope to be offering this across the top of the south, over to Motueka,” Joseph said.

“There’s, you know, roasts meals and corned beef silverside meals, but there’s no service out there that you can get specifically kai Māori, so that is what we are aiming to achieve.”

Joseph said they were aiming to provide food that kaumātua would usually have to wait to eat until they were at a marae, such as tītī (muttonbird).

“Because they are so expensive or hard to get, but we’ve secured a good supply.”

There would also be kai such as watercress and kaimoana (seafood) like kina and pāua to name a few, Joseph added.

“Hāngī is another thing that we enjoy cooking. Again, that is part of our Kwik Kai and our normal event catering service,” he said.

While the service was available to everyone, Joseph thought it would be utilised mainly by the elderly.

“Part of our kaupapa (plan) going forward will be to have a once a quarter group event, where all kaumātua will be invited to a different marae every time and enjoy a meal all together.

“Those who are utilising the service will be invited to do so, and hopefully they can network with each other – and like I say, gain connections.

“The service is available for all to enjoy, and we wouldn’t say no to anyone. But by default I would say we are looking to reach our less connected whānau.

“We’re really positive about it, and we’re really looking forward to servicing our kaumātua and whanau across Te Tauihu.”

An official launch for Kōhatu Kwik Kai would be held at the Marlborough Youth Trust on Monday, November 29 from 10am, with deliveries starting December 6.