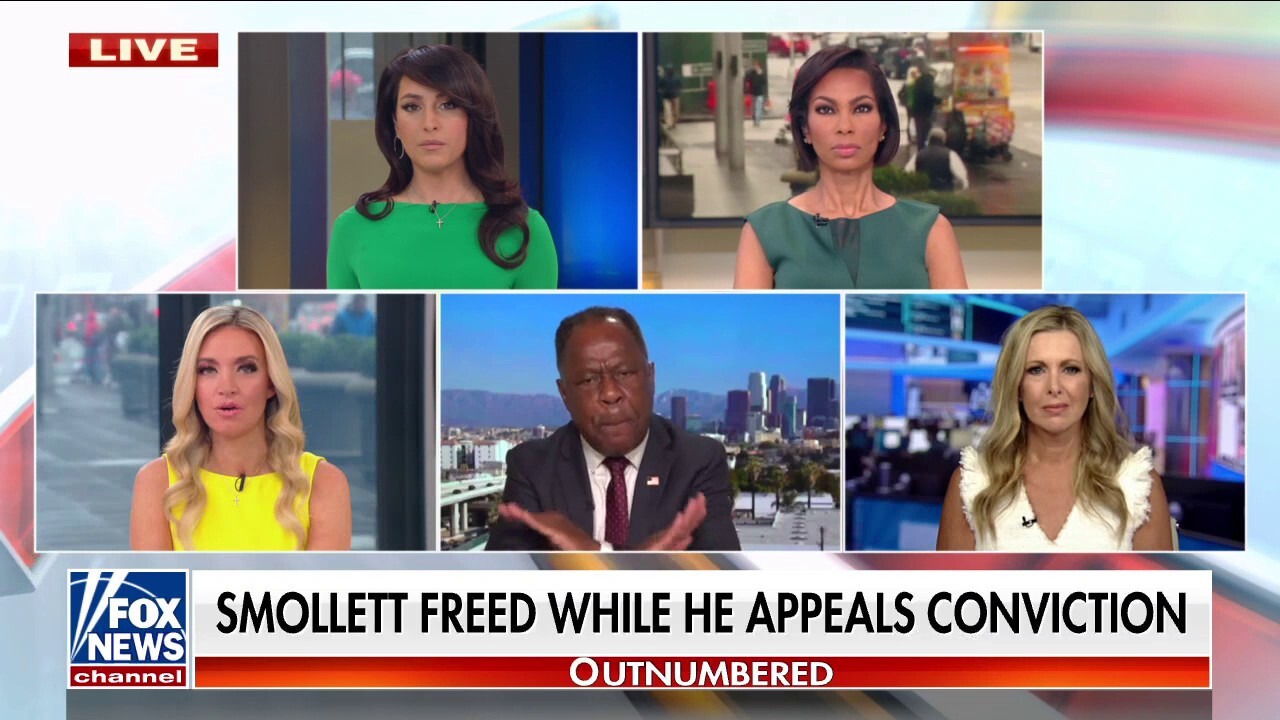 Fox News contributor Leo Terrell told “Outnumbered” on Thursday that he is upset about Jussie Smollett getting an early release from jail while appealing his conviction in court.

“This guy trying to bamboozle the entire country on the fact that he was the victim of a vicious hate crime by Trump supporters.”

Terrell said that any support of Smollett, aside from his family and lawyers, is naive and blinded by the facts.

“This is embarrassing,” Terrell said after blasting actress Taraji P. Henson for comparing Smollett’s story to Emmett Till.

A court ordered the release of Jussie Smollett from jail on bond Wednesday as the appeal of his conviction is pending.

Smollett was recently sentenced to 150 days in jail after he was convicted of lying to Chicago police about being the victim of a hate crime back in 2019. The “Empire” actor was convicted on five felony counts of disorderly conduct for lying to police.

Host Harris Faulkner pointed out that VP Harris “had a lot of strong opinions” and there are lingering questions about the handling of the case.

“I have more questions: Chicago, what happened with Kim Foxx and that prosecutor? The D.A.’s team? What was going on there? I have so many questions and was Jussie Smollett involved in any way in perpetrating something bigger, something was that was like a woke moment gone awry? We don’t know, and we may never know. But it bears asking the questions because the tax dollars were spent, and we as a public were manipulated,” she said.

Host Emily Compagno pushed back on the notion that Smollett’s continued incarceration would be “punitive.”

“It’s a deterrent and it’s punitive for when people do bad things. … That’s what happens. That’s the price you pay,” said Compagno.