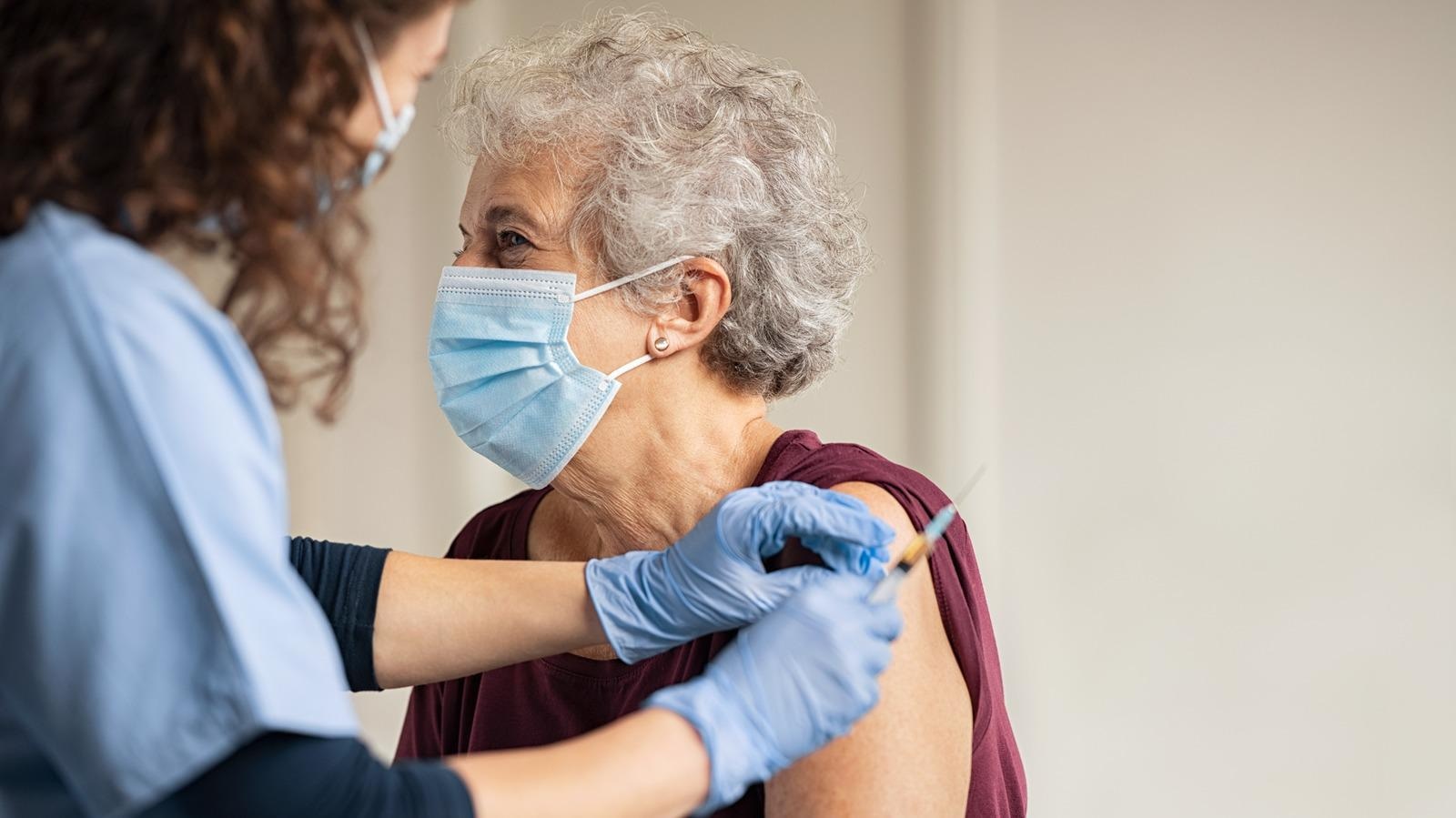 The ongoing coronavirus disease 2019 (COVID-19) pandemic has adversely impacted the elderly, with over 95% of the COVID-19-related deaths occurring in individuals over 60 years.

However, residents at long-term care facilities (LTCF) have suffered higher mortality risks than individuals of the same age groups residing in general communities.

The higher mortality rate in this population is speculated to precipitate from residing in congregated settings—which increases the risk of transmission of infections.

Currently available COVID-19 vaccines are both safe and efficacious and aid in developing humoral immunity and cellular protection. However, data on elderly and geriatric populations is lacking. As people get older, immunosenescence prevails – characterized by a progressive increase in a pro-inflammatory state along with a reduced immune response to infections and vaccinations. Therefore, there exists an immediate need to evaluate the quality and extent of immune responses among the elderly, which might be immensely important in developing special severe acute respiratory syndrome coronavirus 2 (SARS-CoV-2) vaccination calendars tailored to the immune requirements of the older populations.

In this study, published on the medRxiv* preprint server, the humoral response to SARS-CoV-2 was assessed before and after three months of administration of the BNT162b2 mRNA COVID-19 vaccination (Pfizer-BioNTech). In addition, elders’ humoral responses were compared to those of a younger group, and a functional neutralization experiment against the Wuhan-Hu-1 (WH1) virus and the Delta variant was carried out.

This prospective observational [email protected] study recruited 98 participants above the age of 65 from three LTCF in the Northern area of Barcelona (Spain). Plasma samples were derived six months after LTCF outbreaks (September-November 2020) and three months following the completion of the vaccine schedule (April-May 2021).

To assess the infection history of all pre-vaccine samples, SARS-CoV-2 serology was studied. Before the vaccination, elders were divided into infected and uninfected groups based on their polymerase chain reaction (PCR) and serology results. Then, at the beginning of the year 2021, both study groups were vaccinated with the BNT16b2 mRNA vaccine (Pfizer-BioNTech). A subsequent sample was obtained at a median of 2.8 months after vaccination; a second serology test against NP-protein (NP) was conducted in the uninfected individuals.

The younger participant group ranged from 22 to 64 years. Pre-vaccine and post-vaccine blood samples were matched between the two groups of patients.

Hypertension, arthritis, dementia, and diabetes were the most common chronic diseases diagnosed among the senior participants. During the LTCF outbreak, individuals were tested using Real-Time PCR (RT-PCR). It was found that 84% of residents included in the study had encountered a previous SARS-CoV-2 infection – the median age of 87 years and 80% females. Residents who remained uninfected prior to vaccination had a median age of 79 years, and 50% were females. Only one uninfected resident got infected with SARS-CoV-2 after vaccination—with mild symptoms.

Individuals who had been infected with SARS-CoV-2 prior to vaccination had considerably higher levels of SARS-CoV-2 specific IgG, IgA, and IgM antibodies than those who had not been infected. In addition, infected elders had a significant rise in all immunoglobulin isotypes between pre-and post-vaccine samples. In contrast, uninfected elders had measurable levels of specific SARS-CoV-2 IgG and IgA antibodies three months post-vaccination but no IgM.

The affected residents were detected with higher levels of SARS-CoV-2 IgG antibodies six months after the infection (and prior immunization) than the younger population. Meanwhile, in uninfected vaccinated patients, the levels of circulating specific SARS-CoV-2 IgG antibodies tended to decline, irrespective of their age, and the levels were negatively correlated with age.

In all the elderly, SARS-CoV-2 vaccination boosted antibody titers, with neutralizing capacity being considerably higher in participants with a previous history of SARS-CoV-2 infection. There was a median fold increase in antibody titers of 18.7 for the infected population among the pre-vaccine and post-vaccine samples.

After immunization, residents who contracted the infection had similar titers of neutralizing antibodies as the infected group. Whereas subjects who had already been infected had identical levels of plasma neutralization capacity, irrespective of their age and the severity of COVID-19. Compared to the younger group, the infected elderly elicited a higher spike in humoral responses after immunization. On the other hand, uninfected vaccinated subgroups showed a progressive drop in neutralizing titers over time.

These findings suggested that uninfected older adults have lower neutralizing antibody titers and may be more susceptible to SARS-CoV-2 infection than previously infected individuals of the same age group.

In addition, it was reported that the mRNA vaccination elicits efficient neutralizing antibodies in the elderly, though at lower levels. It was established that Delta forms of variants of concern (VOC) generate a much lower plasma neutralizing capacity than WH1 in all elders and younger individuals, regardless of the host’s past infection status.

The findings indicated that only uninfected people who do not acquire adequate immune responses would benefit from a booster vaccine dose. A tailored vaccination calendar is required to meet the immunity needs of this vulnerable population. Significantly, hybrid immunity appears to be active in the elderly and may be helpful in designing vaccination boosting campaigns.