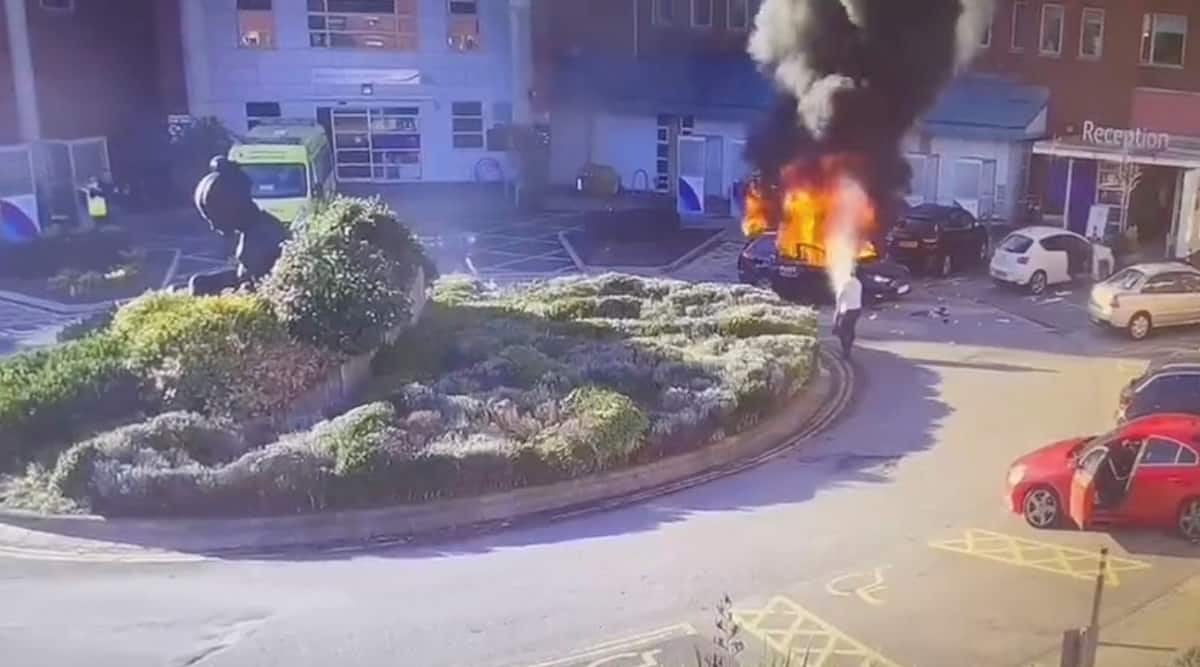 While an explosion in a taxi outside Liverpool Women’s Hospital on Remembrance Sunday saw UK raise its threat level, the driver of the vehicle has received widespread praise. The explosion was later declared a terror incident by British police.

The city’s mayor, Joanne Anderson, said the taxi driver, David Perry, locked his passenger inside the car and managed to escape from the vehicle minutes before the explosion, according to news agency AP. The passenger was killed in the blast. Head of Counter Terrorism Policing North West, Russ Jackson, said the taxi passenger appeared to have made an “improvised explosive device” which caused the blast.

Police said Perry picked up a man in the Rutland Avenue area of Liverpool. The passenger had wanted to go to the annual Remembrance Day service in the northwest city’s Anglican cathedral, according to UK media quoting investigators and friends of the cabbie. But road closures forced the taxi to take a detour and they ended up at the nearby hospital, where the bomb went off just after the driver had escaped, the Daily Mail reported.

Some 2,000 people attended the religious service of remembrance, according to the Liverpool Echo newspaper, and the event concluded with a military parade on the closed roads outside the cathedral. “The taxi driver in his heroic efforts has managed to divert what could have been an absolutely awful disaster,” said Anderson.

Prime Minister Boris Johnson also praised the driver’s bravery. “It does look as though the taxi driver in question did behave with incredible presence of mind and bravery,” he said.

The motive behind the attack, which ended in one fatality, remains unclear as Britain’s Counter Terrorism Police lead an investigation into the case, alongside MI5 intelligence agency.

Soon after the explosion, armed police raided several terraced houses in Sutcliffe Street in Liverpool, north-west England, where three arrests were made. A fourth person was detained Monday. Sections of Sutcliffe Street and Boaler Street remain cordoned off, with a heavy police presence at the scene as inquiries continue.

Liverpool Women’s Hospital said visiting access had been restricted until further notice and patients had been diverted to other hospitals where possible. The hospital receives around 50,000 patients annually as one of the largest hospitals of its kind in Europe.

Remembrance Day is marked annually on the second Sunday of November, commemorating the contribution of British and Commonwealth military and civilian servicemen and women in the two World Wars and later conflicts.

With inputs from agencies