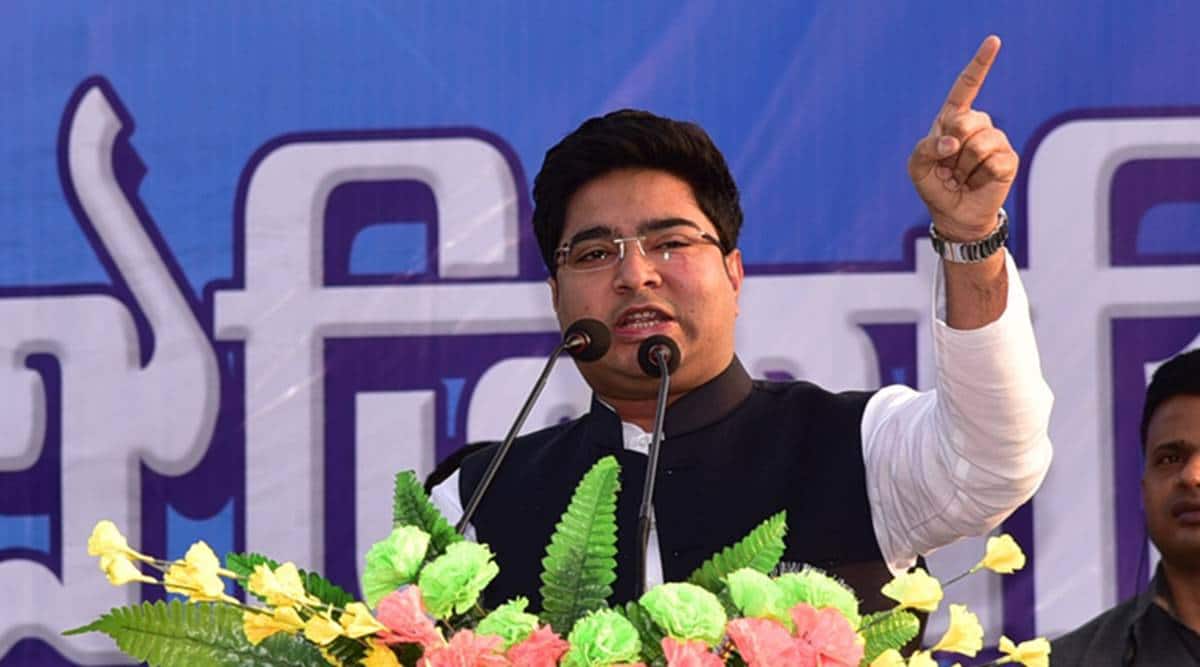 Ahead of next week’s four Assembly by-polls in the state, Trinamool Congress (TMC) national general secretary Abhishek Banerjee on Saturday said his aunt and West Bengal Chief Minister Mamata Banerjee was emerging as the “undisputed leader” from Kashmir to Kanyakumari in the fight against the BJP, and added that voting for the Left or the Congress would be akin to opting for the NOTA (None of the Above) option on the voting machine.

The Diamond Harbour MP made the remarks in back-to-back rallies in Gosaba (South 24 Parganas district) and Khardaha (North 24 Parganas).

“In the 2024 Lok Sabha election, not the Congress, the TMC will fight against the BJP and oust their government from Delhi. Over the past seven years, the Congress has only conceded defeat to the BJP all over the country, while Mamata Banerjee thwarted all challenges posed by communal and undemocratic BJP. The Left and the Congress even tied up with the ISF but the electorate of Bengal chose Mamata Banerjee over any other party. Voting for them is the same as pressing the NOTA button. If anything, it will strengthen BJP’s hands.”

The MP said TMC was making its presence felt all over India and would form governments in Goa and Tripura.

“It [TMC] is established that we are now national party among top five parties and Mamata Banerjee made it possible from her humble abode. The country is eagerly waiting for the results of by-polls in these four constituencies. People want a leader like Mamata. That is why they raised slogans such as ‘Desh ki netri kaisi ho, Mamata didi jaisi ho’.”

The TMC leader said that while the polls in Gosaba and Khardaha were necessitated following the deaths of the TMC candidates, the elections in Santipur (Nadia district) and Dinhata (Cooch Behar) were being held because the victorious BJP candidates did not want to give up their Lok Sabha seats.

“They dishonoured the verdict of people and that is why Jagannath Sarkar and Nisith Pramanik resigned even after they were elected from Santipur and Dinhata. Even after that, they are seeking votes and people will reject them.

Predicting a “4-0 clean sweep” in the by-elections, Abhishek alleged that the BJP was trying to win the Santipur by-poll and gain political mileage using the recent communal violence in Bangladesh.

In contrast, he added, Mamata Banerjee “kept her promises”. He added, “Here lies the difference between the BJP and the TMC. No one got Rs 15 lakh in their bank account, as promised by Narendra Modi in 2014. But all our social welfare projects — Krishakbandhu, Swastha Sathi, Kanyashree and Lakshmir Bhandar — are benefitting crores of people already.”

The MP held the Biplab Deb government in Tripura responsible for the assault on his party members, and noted that Rajya Sabha MP Sushmita Dev was “attacked in the state” by the BJP on Friday. “Should that happen in a democracy? We will not cower down before them. We will drive out the BJP from Tripura, carrying a picture of Mamata Banerjee,” he said.

Abhishek alleged that the BJP “harasses” anyone against them with help from central agencies. He added, “They summoned me several, times, interrogated me for nine hours. You can interrogate me for hours…that will not stop me from speaking against you [BJP leaders]. If you slit my throat, I will still shout ‘Jai Hind’, ‘Jai Bangla’. Truth is on my side.” (With PTI inputs)