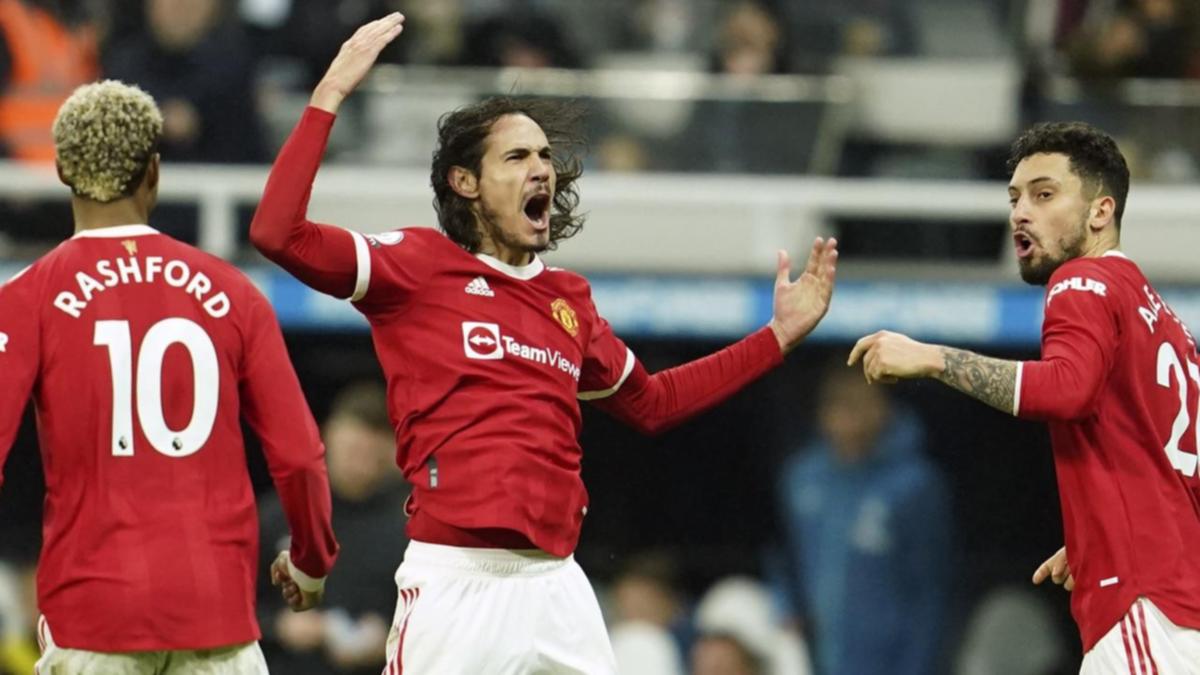 Edinson Cavani has come off the bench to salvage a point for Manchester United from a sloppy display in a 1-1 draw at Newcastle United in the Premier League on Monday.

Playing their first game in 16 days after coronavirus cases in the squad led to two games being postponed, United were outplayed in the first half and Allan Saint-Maximin gave the home side the lead in the seventh minute following a swift break after Raphael Varane was dispossessed.

Cavani entered as a halftime substitute, injected some urgency and pressing into United’s attacking play, and scored a 71st-minute equaliser by poking home a rebound after his initial shot was blocked.

Newcastle were denied victory at the death when Jacob Murphy’s shot came back off the post and Miguel Almiron’s follow-up was brilliantly saved by Red Devils goalkeeper David De Gea.

The Magpies missed out on just a second win of the campaign and stayed in 19th place, while United missed a chance to go fifth with a display that showed the team still has plenty of work to do under recently hired manager Ralf Rangnick.

His team was so off the pace in the first half that Rangnick opted to make two substitutions at half time, with Fred and Mason Greenwood coming off.

Cristiano Ronaldo and Bruno Fernandes were often seen waving their hands in the air, complaining at the referee and teammates.

United, back playing after having games against Brighton and Brentford called off, were lucky to go to the break only 1-0 down. The visitors saw Saint-Maximin squander a brilliant chance from close range in the 47th minute, mis-hitting a finish to allow De Gea to claw away the ball when he should have been well beaten.

From then on, the visitors had the better of the chances, with Uruguayan Cavani shooting wide with the goal at his mercy before eventually equalising at the second attempt after being picked out by Diogo Dalot’s cross.

Newcastle lost forwards Callum Wilson and Saint-Maximin to injuries, while Fernandes collected a fifth yellow card of the season and will miss United’s next game against Burnley on Thursday.