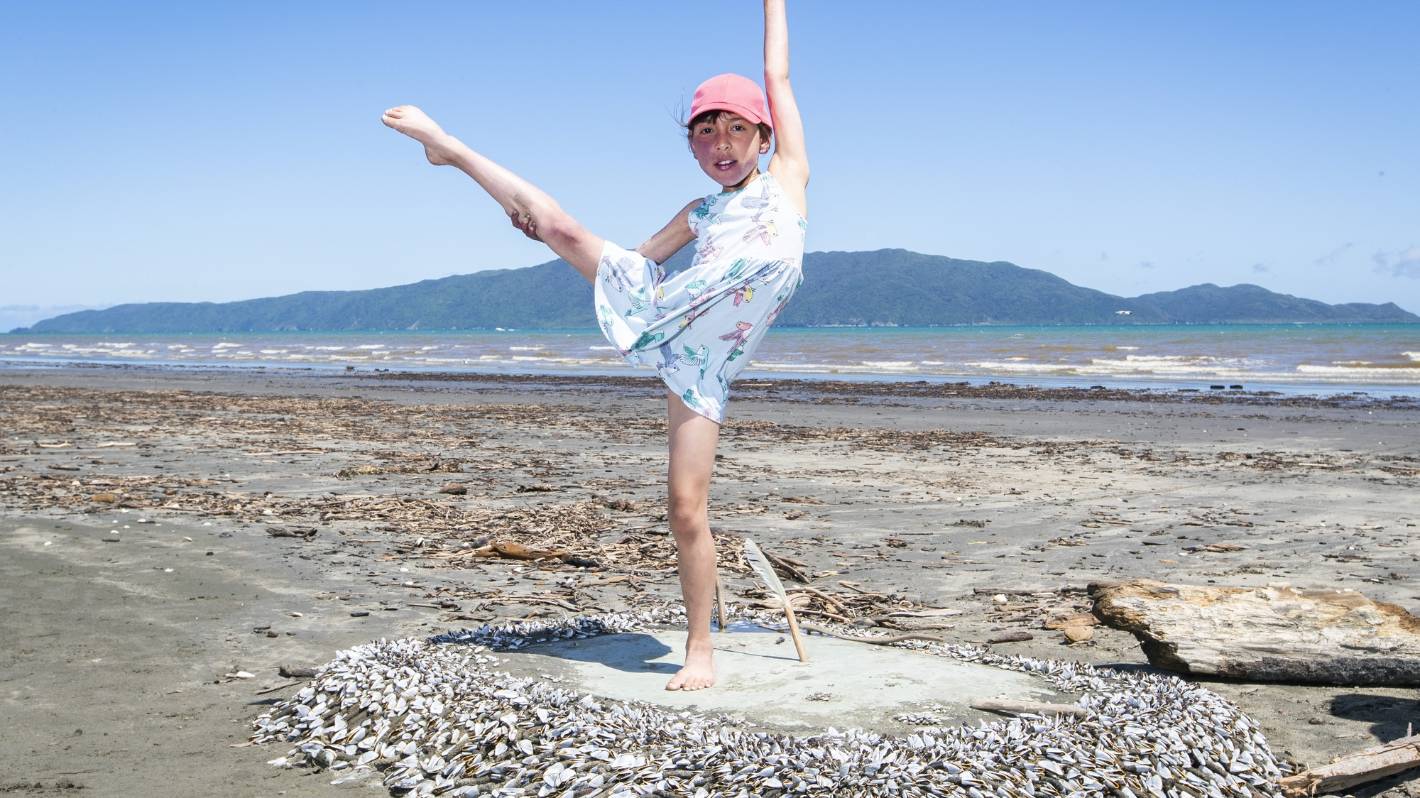 Heidi Price, 8, atop a strange colony of barnacles which has recently washed ashore at Waikanae Beach.

Auckland man Kelsey​ Price, who is holidaying on the coast, spotted the crustaceans on Boxing Day while out for a walk with his 8-year-old daughter, Heidi.

“At first we thought they were some sort of mussels and I thought, I’ve never seen that before … it’s strange. Most of them were still alive.”

Ecologist and former fisheries observer Andy McKay said the barnacles were pelagic gooseneck barnacles, scientifically known as lepas anatifera, and commonly attached themselves to rocks or things that sit on the surface of the ocean.

“It’s not uncommon they’ll wash up. I’m down in Paekākāriki and we’ve had them wash up on big logs. Anything that’s out at sea for long enough will get these attached to it,” McKay said.

“They grow these big colonies but obviously with lots more plastic in the ocean they attach to that and float around and every now and then they wash up.”

They appeared to be stuck to the lid of an insulated bin that may have come off a boat, he said.

The barnacles were edible when fresh, but McKay cautioned anyone against eating them if they had been there for a few days.

Wellington woman Fleur Templeton spotted the barnacles on Thursday at the high-tide mark, and guessed they could have come up in a recent full moon.

“I feel like freeing the barnacles, but you wouldn’t be able to get them off,” she said.

Because of their square shape, one Twitter user had dubbed them a “nintendo goosecube”.

People had attempted to move the slab with sticks, but it was waterlogged and too heavy to shift, she said.

McKay said it was likely they would eventually die in the hot sun. ”Barnacles are pretty good at surviving but it’s a scorching hot day, so they won’t last much longer.”