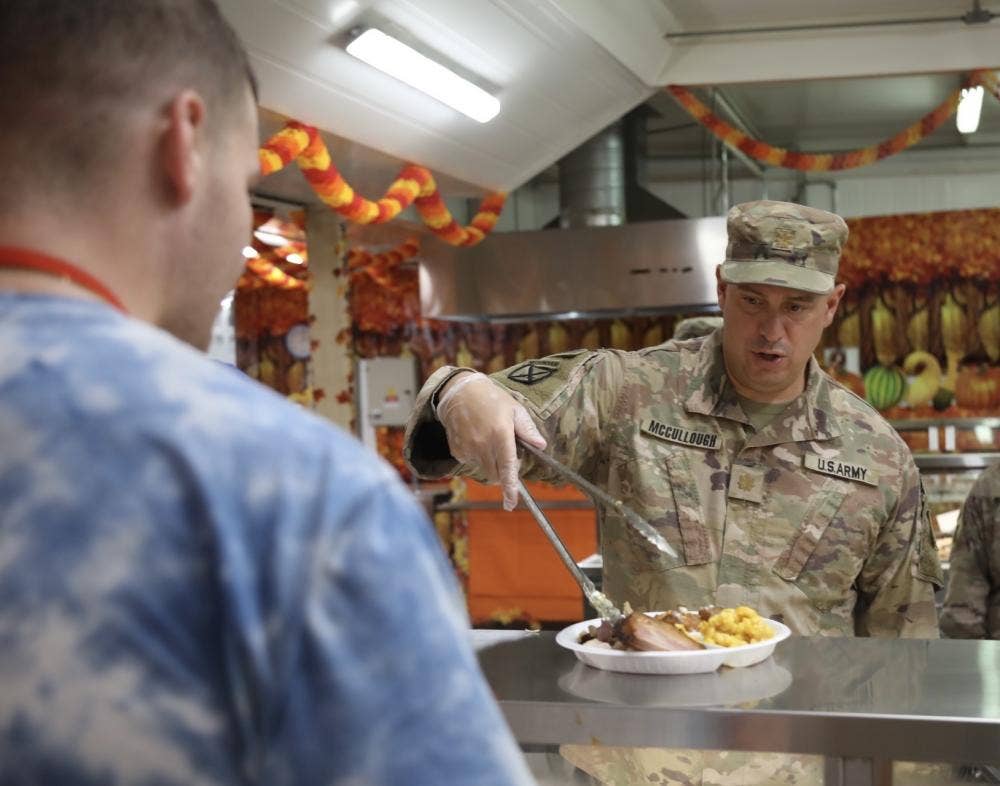 The lawmakers were in South Korea Thursday to support service members and their families stationed in the country, bringing them Thanksgiving lunch and spending time with them. The same group of bipartisan lawmakers continued their trip, landing in Taiwan Thursday evening despite warnings from China.

The bipartisan delegation included veteran members of Congress who also threw the football around with the service members and their families.

“Happy Thanksgiving from South Korea – Enjoyed serving our troops today!!” Rep. Nancy Mace, R-S.C., tweeted Thursday. “Many of our soldiers haven’t been able to visit home or have their families visit them since the start of COVID. Incredibly important to give our men and women in uniform a heartfelt thanks.”

Mace is the first woman to ever graduate from the Corps of Cadets, while Takano is the chairman of the House Veterans Affairs Committee.

The lawmakers headed to Taiwan after concluding their stop in South Korea, landing in the country despite warnings from China.

Rep. Slotkin, D-N.Y., tweeted, “After celebrating Thanksgiving with U.S. troops in Korea, I just touched down in Taiwan. After stops in Japan and Korea, it’ll be good to connect with leaders here to discuss a whole host of economic and national security issues.”

“When news of our trip broke yesterday, my office received a blunt message from the Chinese Embassy, telling me to call off the trip. But just as with other stops, we’re here to learn about the region and reaffirm the U.S. commitment to our hosts, the Taiwanese. I’m looking forward to an informative trip.”

The Biden family is staying at the Nantucket home of billionaire David Rubenstein, a Carlyle Group co-founder, to celebrate the holiday.

Reporters present at the event shouted multiple questions at the president upon his departure, but Biden only answered a question about what he is thankful for this holiday.

“What am I thankful for?” the president responded. “I’m thankful for these guys. I mean it, from the bottom of my heart.”

“Wherever they are, people wonder what America is and they see them,” Biden continued. “They don’t see what’s here, they see them.”