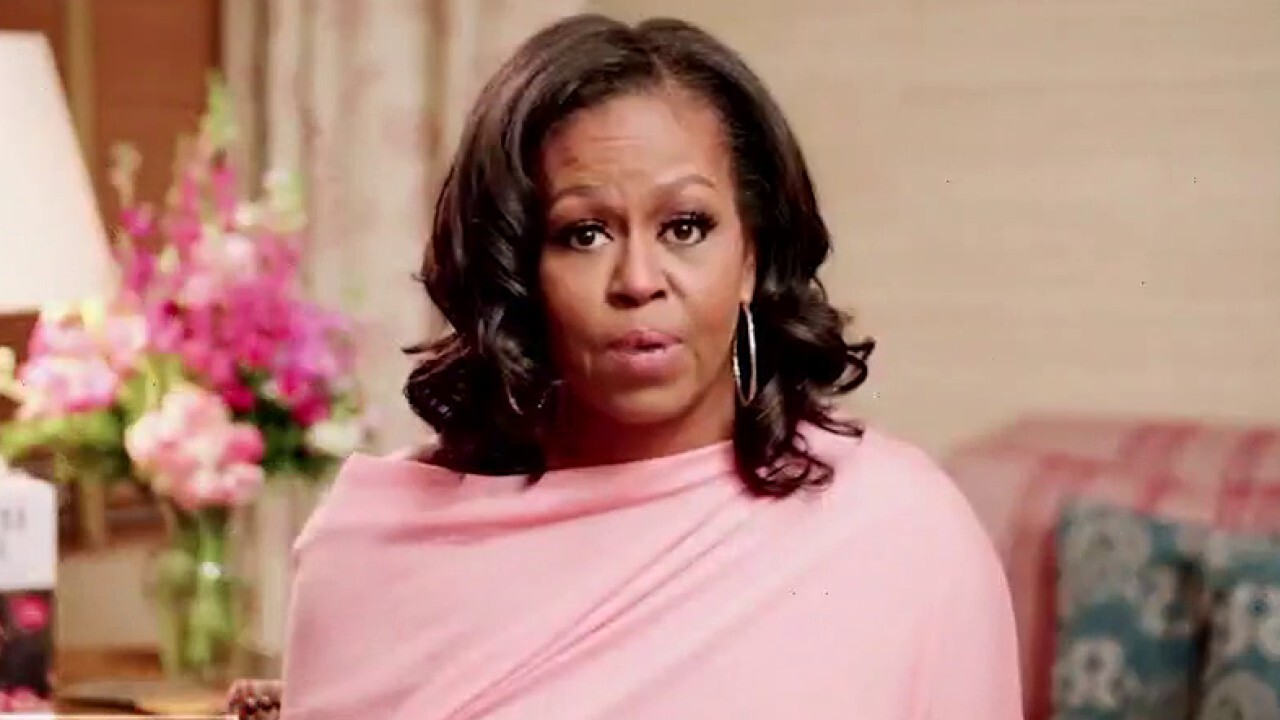 Something may be in the works regarding Michelle Obama’s career plans, Fox News contributor Raymond Arroyo speculated Friday.

“Michelle Obama showed up on ‘Rachael Ray’ this week, looking very much like a daytime talk-show host,” Arroyo reported during the weekly “Friday Follies” segment of “The Ingraham Angle.”

Arroyo then played a video clip showing Obama turning the tables, appearing to be the interviewer instead of the guest as she inquired how Ray coped with work-at-home issues amid the coronavirus outbreak.

“You were in the position to have to … recreate a production studio in your home and let people in,” Obama sympathized with Ray. “Talk a little bit more about what that was like for you.”

Obama gave the impression of being an “Oprah in waiting,” Arroyo joked afterward.

Earlier in the segment, Arroyo talked about Obama’s other recent media appearance, as a guest on the Christmas episode of the comedy series “Blackish.”

Arroyo described Obama “another Democratic ghost of Christmas past.”

“That’s right. For the new season finale of ‘Blackish,’ that great comedian, Michelle Obama, is a guest star. They’ve released some pix of the historic appearance.

“And I think I know why this is taking place,” Arroyo continued. “Remember, Stacey Abrams got an Emmy nod for just doing a little voiceover on ‘Blackish,’ so I think Michelle’s trying to get her due here.”

“Stacey Abrams got an Emmy nod for just doing a little voiceover on ‘Blackish,’ so I think Michelle’s trying to get her due here.”

“George Bernard Shaw … wrote a play called ‘Mrs. Warren’s Profession,’ about a prostitute. He never imagined that Mrs. Warren would use the court to sell herself but apparently she is,” Arroyo joked.

“I wonder if there’s going to be an ‘Isolating Interns’ lesson plan,” Arroyo joked. “Maybe a ‘How to Duck Lighting Instruments Hurled by Your Enraged Wife.’ They could have a session on that.

“For Bill Clinton to come out and do this is just unbelievable. … He and Hillary were a 2-for-1 on that ‘MasterClass’ deal. We’ll see what happens.”