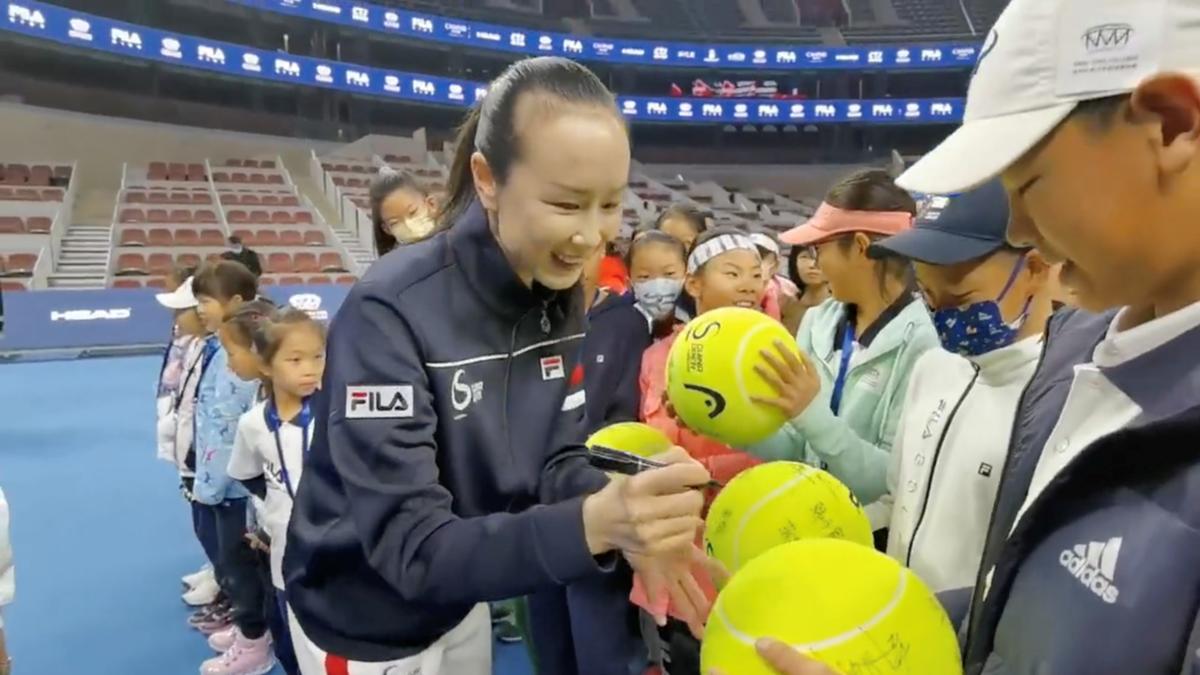 Missing Chinses tennis star Peng Shuai has reappeared at a tournament and told the International Olympic Committee she is safe and well.

There had been widespread concern for the 35-year-old following a nearly three-week public absence after she alleged that a former senior Chinese official sexually assaulted her.

Her safety has become a matter of international concern, with prominent players including Serena Williams and Naomi Osaka joining calls from governments and tennis officials demanding to know she is safe.

The two-time Grand Slam doubles champion can be seen wearing a navy sports jacket and white trackpants at the event in Beijing.

Shortly after the clip was released, the IOC published a statement saying Peng had spoken with its president Thomas Bach and had told him that she is fine.

“She explained that she is safe and well, living at her home in Beijing, but would like to have her privacy respected at this time,” the IOC’s statement said.

“That is why she prefers to spend her time with friends and family right now. Nevertheless, she will continue to be involved in tennis, the sport she loves so much.”

Peng, was the world No.1 doubles player in 2014, the first Chinese player to achieve a top ranking, after winning the doubles titles at Wimbledon in 2013 and the French Open in 2014.

She had not been seen publicly since alleging earlier this month that former vice premier Zhang Gaoli, now in his 70s, “forced” her into sex during an on-off relationship spanning several years.