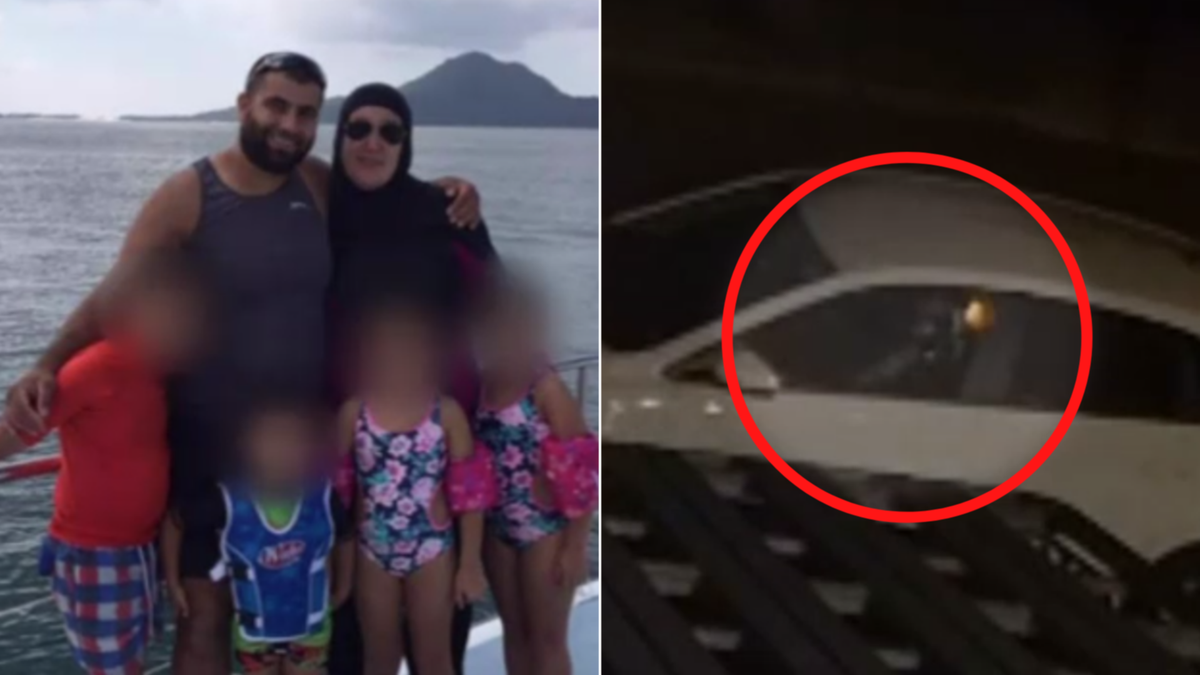 A Sydney family has escaped unscathed after their home was peppered with bullets overnight, with the shooting all caught on camera.

Bilal and Ghada Diab were inside the Bankstown home with their four children, aged between four and 11, when it was targeted by a gunman on Sunday night.

Three other adults and a fifth child, aged 13, were also present.

As seen in the video above, a Volkswagen Polo crawls into position in front of the home around 10pm.

Then, a solo gunman is seen firing six bullets into the home in six seconds, through the passenger window.

The bullets struck a glass balcony, sending shattered glass over a car parked in the home’s driveway.

“We just thought ‘yeah fireworks’ because we don’t know what a bullet sounds like,” a neighbour told 7NEWS.

“It was some very loud bangs.

“We came out and there were all these cops everywhere and we realised it was bullets.

“Forty years in this street, never had a problem, never seen anything like this.”

“It’s just a matter of luck really that no one was injured.

Police on Monday were hunting the car and the shooter.

They’ve confirmed the home isn’t known to them and the residents don’t have any criminal history or any links to crime gangs.

“The family are co-operating with us and they’re a respected local family,” Johnson said.