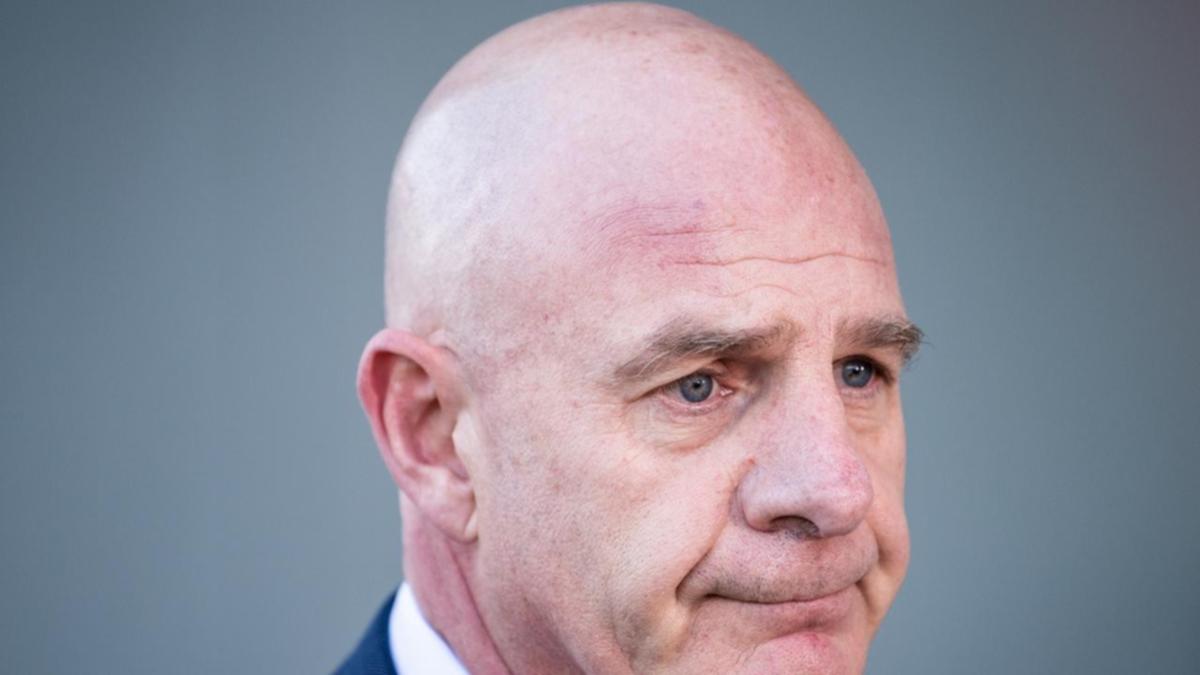 A coronavirus-infected NSW man who entered Tasmania illegally and escaped hotel quarantine in Hobart has been in contact with at least 50 people.

The 31-year-old, who flew into Hobart without a valid pass on Monday night, was arrested by police on Tuesday afternoon after security noticed he wasn’t in his room.

Tasmanian Premier Peter Gutwein said CCTV at the Hobart Travelodge quarantine hotel had been reviewed but there was no footage of the man leaving.

He told parliament on Thursday 38 primary close contacts have been identified, including 13 police officers.

There are 12 casual contacts and another 32 people in quarantine awaiting confirmation about whether they were in contact with the man.

The NSW man returned a positive test on Wednesday morning after his arrest at a premises in Hobart’s northern suburbs the day before.

“It’s still to be established exactly how the 31-year-old absconded from the Travelodge,” Mr Gutwein said.

“There are obviously a couple of theories … but I’m not going to work through those because what I don’t want to do is provide ideas in terms of an escape plan.”

Mr Gutwein said more CCTV cameras were being installed at the hotel and a review of security processes was being undertaken.

The man, who arrived via Melbourne, was placed in hotel quarantine because there were no available flights on Monday night to send him back to NSW.

He was photographed without a mask while being transferred to another Hobart facility.

“This individual is not being cooperative and in fact has been very difficult to deal with,” Mr Gutwein said.

“The reason he was not wearing a mask is police, very sensibly, determined it would not be in their best interests to have a physical altercation with the gentlemen to force him to wear a mask.

“This is a very challenging situation.”

Two students at Hobart’s East Derwent Primary School are among the primary close contacts. They were sent home from school on Wednesday.

Several exposure sites have been declared at Hobart Airport on Monday night.

Tasmania has one other active case, a 15-year-old boy who broke home quarantine in Launceston earlier this month before knowing his test result to visit a supermarket.