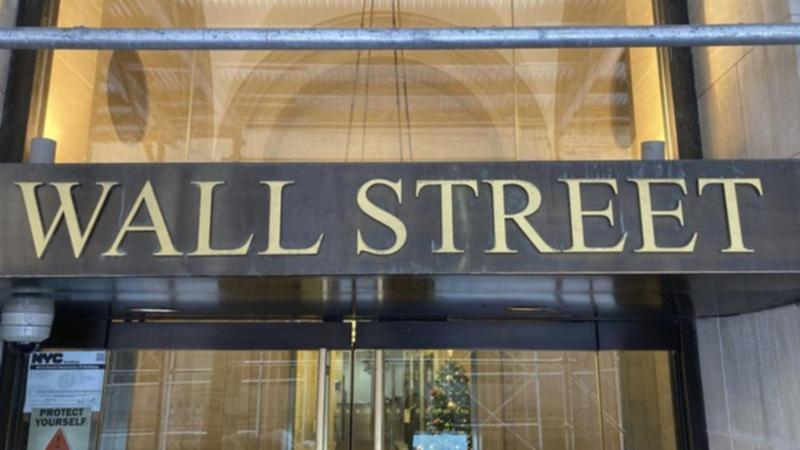 The Nasdaq has ended lower for a second straight session, while much of the rest of Wall Street was mixed, as rising Treasury yields prompted investors to sell Tesla and other big tech names.

The S&P 500 growth index dipped and the value index climbed as investors sold stocks sensitive to higher interest rates and bought in sectors such as energy and financials.

Treasury yields extended gains as investors ramped up expectations of interest rate hikes next year after Jerome Powell was nominated by President Joe Biden as fed chair for a second term.

Tesla and Microsoft fell for much of the session, and the companies were among the biggest drags on the S&P 500 and the Nasdaq.

“The market is being whipsawed by a holiday shortened week, and it’s taking its cue from the recent uptick in interest rates, giving investors additional reasons to take profits in an overvalued market,” said Sam Stovall, chief investment strategist of CFRA Research in New York.

With banks benefiting from higher interest rates, the S&P 500 banks index jumped, with Goldman Sachs, JPMorgan and Bank of America all rallying.

The S&P 500 energy index also rallied and was the best-performing sector.

Oil prices rose to a one-week high after a move by the United States and other consumer nations to release tens of millions of barrels of oil from reserves to try to cool the market fell short of some expectations.

An IHS Markit survey showed US business activity slowed moderately in November amid labour shortages and raw material delays, but remained comfortably in expansion territory on strength in the manufacturing sector.

The CBOE volatility index briefly rose to a more than one-month high earlier on Tuesday.

The US stock market will be closed on Thursday for the Thanksgiving holiday, and it finishes early on Friday.