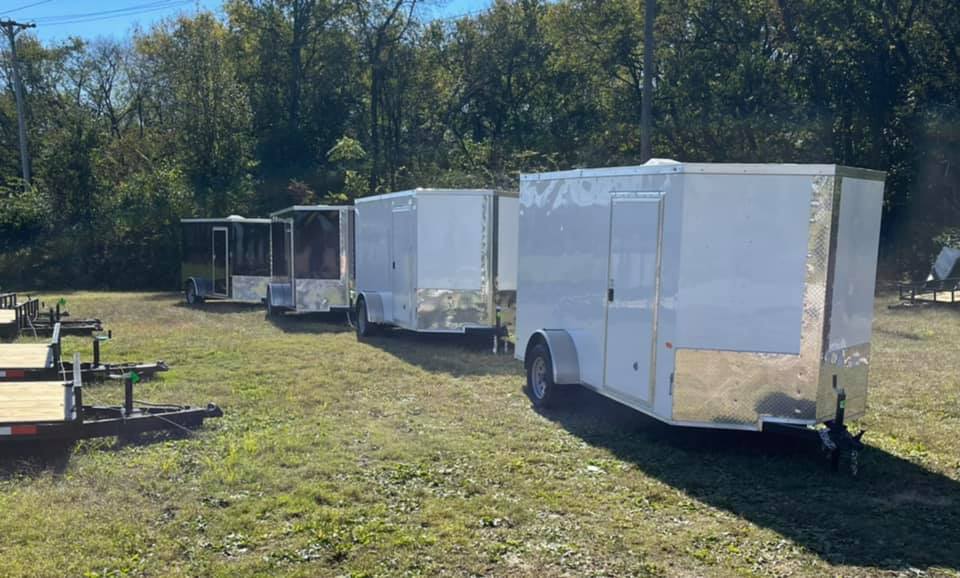 NASHVILLE, Tenn. (WKRN)- A thief in the night got away with three trailers from one business in Hermitage. The theft happened between 11:30 p.m. Friday and 8:30 a.m. Saturday.

According to the owner, the thieves made several trips back and forth to Ty’s Shed and Structures, taking a trailer with them each trip.

“I got a Facebook message from a friend who said there was a trailer halfway out in the middle of Old Hickory Blvd. She said it was at my son’s lot, and I needed to check it out. I got dressed and came up here,” said Teresa Green, the owner’s mother.


‘I don’t know how she did it’: Nashville woman tries stealing car from parking garage, falls asleep behind the wheel

Green told News 2 after she saw the message, she immediately called her son. The missing trailers are described as one 7×6 white trailer and the other two are 6×12 white trailers.

“It’s an expensive item — not only one but three of those. It’s a hard thing,” explained Green.

The family says the business is under 24-hour surveillance, but when the theft happened, the cameras weren’t able to capture anything, due to the foggy weather. A dark patch of grass remains on the property, where the Green’s believe the thieves parked their vehicle in order to carry away the heavy equipment.

“Just horrible, there’s nothing worse than a thief, absolutely nothing. It’s a terrible situation to be violated like that when you work so hard for what you have,” said Green.

The business has been thriving for the past three years, and they say this is the first time theft has ever happened. As for Green, she says her business was targeted by thieves two years ago. She told News 2, watching her son go through the same thing has been tough.

“You can’t put it into words, it’s just awful to know that there are people out there that will violate you in such a way it’s happened to me, and I’m still recovering from that,” said Green. “He’s really worked hard to grow his business, it’s a phenomenal area, and business is good, but it’s heartbreaking when you know someone works as hard as he does, and in one night it can be gone.”

The owner is offering a cash reward for any information that will lead him to find his missing equipment. He is asking people to call the business directly at (615) 830-1967.