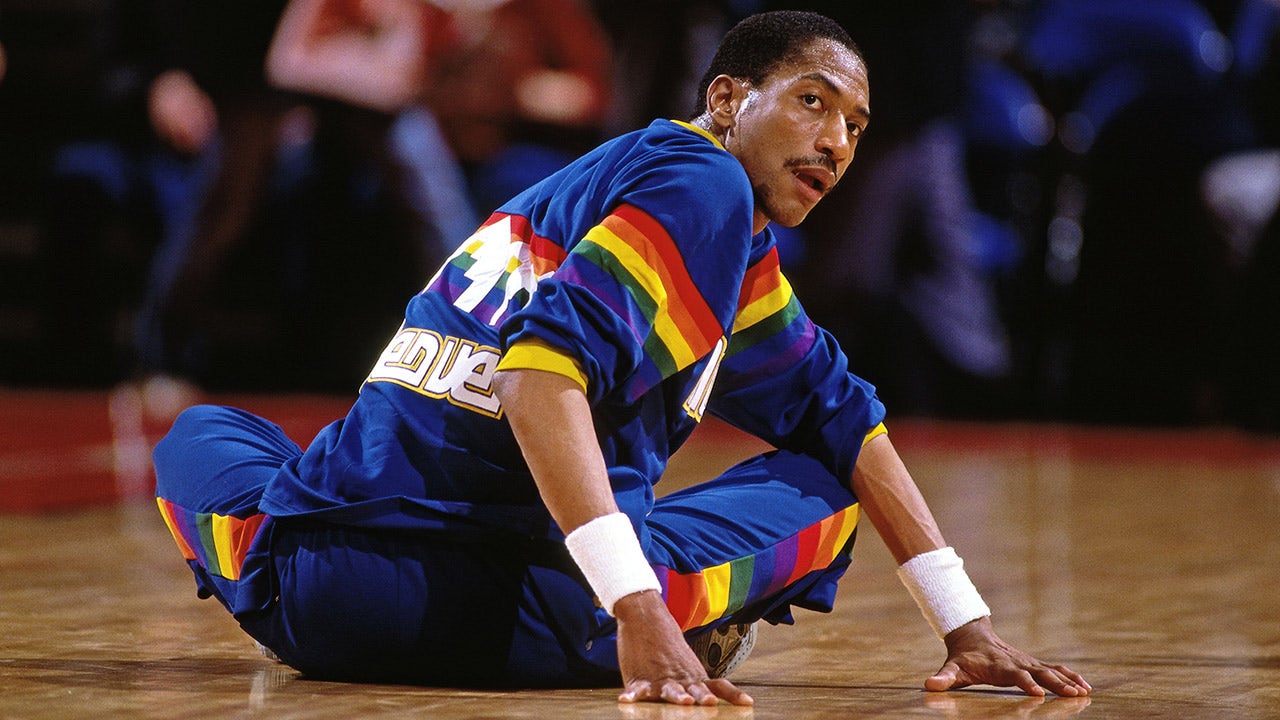 Basketball Hall of Famer Alex English was an eight-time All-Star and three-time All-NBA First Team selection, and was the 1982-83 scoring champion over the likes of George Gervin, Moses Malone, Larry Bird, Isiah Thomas and others.

But English was among those left off the NBA’s 75th Anniversary team earlier this week. He expressed his dismay about not making the list.

SACRAMENTO, CA – MARCH 29:  Alex English #12 of the Denver Nuggets shoots a foul shot during a game against the Sacramento Kings on March 29, 1988 at Arco Arena in Sacramento, California.
(Photo by Rocky Widner/NBAE via Getty Images)

“Can’t say I am not disappointed for not being included on the 75th anniversary team after seeing the list. I felt the same after the first list of 50. I have always known that my understated style wasn’t conducive to being associated with such a flamboyant sport, especially when you start making ‘the best of’ lists,” English tweeted.

“I know that my body of work as an @NBA player stands up to the test and would put it to test against many on the list, I am content with that. I congratulate the Players that were selected.”

PORTLAND, OR – 1986: Alex English #2 of the Denver Nuggets stretches against the Portland Trail Blazers during a game played circa 1986 at the Veterans Memorial Coliseum in Portland, Oregon.
(Photo by Brian Drake/NBAE via Getty Images)

LANDOVER, MD – CIRCA 1990: Alex English #2 of the Denver Nuggets looks on from the bench against the Washington Bullets during an NBA basketball game circa 1990 at the Capital Centre in Landover, Maryland. English played for the Nuggets from 1980-90.
(Photo by Focus on Sport/Getty Images)