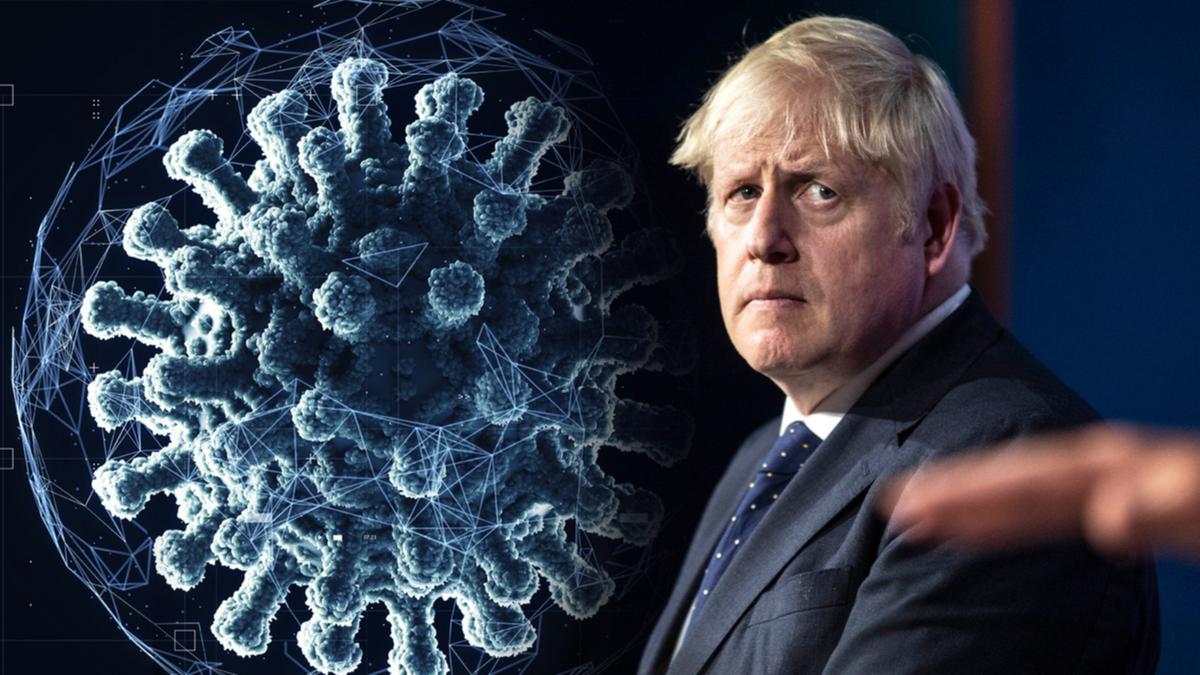 What a difference three months can make.

COVID-related hospitalisations and deaths were relatively low, even if cases continued to rise, and the country’s vaccination rollout was largely lauded as a success internationally.

On Thursday, there were more than 50,000 infections recorded in the UK in a single day – the highest daily count since mid-July and a higher number than reported in Germany, France, Italy, Spain and Portugal combined.

The country also saw 115 deaths, with Tuesday marking a daily death toll of 223 people – the highest since March.

Meanwhile, one in 55 people in England were estimated to have had COVID in the week up to October 16, according to the UK Office for National Statistics, which means as many as one million people may have been infected with the virus that week alone.

The rising deaths, spiralling infection rates and overstretched public health system have prompted calls for the government to reassess the lifting of lockdown and containment measures.

“I think that everyone feels concerned as to what might happen over winter,” said Dr Layla McCay, policy director of the National Health Service Confederation, which represents the health care system in England, Wales and Northern Ireland.

“It is better to act now than to regret it later.”

‘It is better to act now than to regret it later.’

Experts said there are a range of factors driving Britain’s current surge.

As the pandemic nears the two-year mark, they are closely monitoring the country’s response to rising cases and whether the UK is a warning sign for the rest of the world.

There are a cocktail of factors driving Britain’s surge and the lessons that can be gleaned from the country’s experience.

Britain was one of the first countries to start vaccinating its population, so Britons enjoyed a return to so-called normal life earlier than most.

But now, there are fears that the immunity gained from COVID vaccinations is starting to wane as the Delta variant — which has accounted for approximately 99.8 per cent of sequenced cases in England, according to a recent government report — as well as a mutation of the variant known as “Delta plus” continue to spread.

In addition, the government delayed vaccinating secondary school students, which likely has had a big impact on the virus’s spread, according to Danny Altmann, a professor of immunology at Imperial College London.

“I think we paid a very high price for our reticence and delay in vaccinating secondary school children and lost probably a few months on that,” he said.

Recent figures released by the Office for National Statistics showed that one in 14 secondary school-age children had tested positive for COVID in the week ending October 2.

Because the UK rolled out its vaccination program earlier than the rest of Europe, that could also mean protection is waning sooner, especially among older recipients, Altmann added.

“We all assumed that these vaccines would be good and keep us safe for a good year or two, and that possibly would have been true if Delta hadn’t come along,” he said.

Yet, even with the spread of the Delta variant, he said the rollout of booster jabs in the UK has been slow, which could also be lending to high case rates in the UK, despite nearly 80 per cent of the population over the age of 12 having been fully vaccinated, according to government data.

Dr Deepti Gurdasani, a clinical epidemiologist at Queen Mary University of London, said she also believed the rollout of the UK’s vaccination program, as well as its slow release of booster vaccines, have played a role in the continued rise of COVID cases.

Did ‘Freedom Day’ come too soon?

The UK government’s decision to not maintain or reinstate certain COVID containment measures, such as masks being mandatory in enclosed spaces, were also behind the rise, Gurdasani said.

“If you look throughout the pandemic, you can see there is a clear correlation between the level of restrictions in a country and what’s happening in the pandemic,” she said.

“When we have a lockdown, cases always go down because it is an airborne virus.”

While many countries across Europe and around the world have maintained different levels of COVID restrictions, including mask mandates, the British government has remained adamant in its commitment to England’s full reopening.

“There is no other way to explain the differences in the pandemic globally,” she said.

“And there’s nothing special about the UK population making this happen… it’s very, very clearly the consequence of policies here compared to the rest of the world.”

‘When we have a lockdown, cases always go down because it is an airborne virus.’

Mandatory-mask rules do exist on public transport systems, with face coverings required across the Transport for London network, which includes the capital’s underground train system, but those rules are not always complied with, nor regularly enforced.

Ravi Gupta of the Cambridge Institute of Therapeutic Immunology and Infectious Disease agreed with Gurdasani that maintaining restrictions might have helped avoid the UK’s current predicament.

“The relaxation [of rules] that happened over summer was a fairly drastic month going from, you know, quite, quite tight measures to very few restrictions,” Gupta said.

“And I think that, in retrospect, a more graded approach may have prevented the surge that we’re seeing.”

The government also abandoned plans to enforce a vaccine passport system in England, with British Health Secretary Sajid Javid saying in September he did not “like the idea at all of people having to … present papers to do basic things.”

Wales and Scotland have introduced versions of their own vaccine verification systems, however.

Rise of the variants

The emergences of the Delta and then the so-called Delta plus variant have garnered attention and produced some fear.

But Gurdasani and Gupta agreed that the arrival of the Delta plus variant, which is a mutated version of the Delta variant, shouldn’t come as much of a surprise.

“I’m not convinced that this is a major step change for the virus,” Gupta said.

“It may have an incremental or a small effect on its infectiousness or its ability to avoid immunity,” Gupta added, saying it was an expected type of mutation, given the high infection rates.

While the UK Health Security Agency issued a report earlier in October warning the Delta plus variant appeared to be “expanding,” it accounted for around six percent of COVID cases in the UK Gurdasani said at the moment, it does not appear to be the main driver of the rise in COVID cases.

Still, both she and Gupta agreed it was important to keep a close eye on it and other variants.

Ultimately, Altmann said it would be “foolhardy” to try to blame the rise in COVID cases and deaths in the UK “on one thing more than the other.”

“Things that seem like very minor piecemeal mitigation all add up together on a massive scale,” he said.

“If you put together … mask-wearing and ventilation and filters and work from home and transport policy … and vaccine rollout and you get each one of those a little bit wrong as I think the UK probably has, you can end up paying a disproportionately high price for it.”

Calls for ‘plan B’

The government of Prime Minister Boris Johnson is coming under growing pressure to reimpose restrictions in light of the surging cases and deaths.

On Wednesday, Javid resisted calls for a “plan B” approach, even as he confirmed that COVID cases in the UK could reach 100,000 a day as winter approaches.

Speaking at his first news conference since taking up the position June 26 – following former Health Secretary Matt Hancock’s resignation the same day, after he was caught breaching social distancing guidelines by kissing a colleague – Javid acknowledged the NHS has been under “greater pressure.”

The situation was not yet “unsustainable,” he said, adding that COVID-related deaths in the UK “remain mercifully low”.

Still, he acknowledged that deaths were “sadly over 100 a day.”

And at an estimated two daily deaths per one million people as of Wednesday, according to Our World in Data, the UK’s rate is more than double that of Germany’s, more than triple that of Spain’s and Italy’s and more than four times that of France’s.

Rather than imposing new restrictions, Javid warned that Britons must all “play our part” and focus on getting vaccinated, including with COVID boosters and flu jabs, to avoid the return of coronavirus rules.

Jonathan Ashworth, a senior member of the opposition Labour Party, struck out at Javid’s response.

“The NHS is not just under pressure; it’s under water,” he said in an interview with Sky News.

Ashworth said doctors, nurses and other NHS staff were facing “immense” pressure, and he said he was “shocked that the health secretary was so casual in dismissing them”.

Gurdasani agreed, saying she “cannot understand how anyone can say that the number of deaths we are having every week, between 800 to 1000 deaths every week” are mercifully low.

“Those deaths are not inevitable. They’re preventable,” she said.

If the country does not change its approach, Gurdasani said she expected those numbers only to rise in the months ahead.

“Most of Western Europe hasn’t accepted that we need to live with that level of deaths,” she said.

“And you don’t need massive sacrifices to reduce them.”