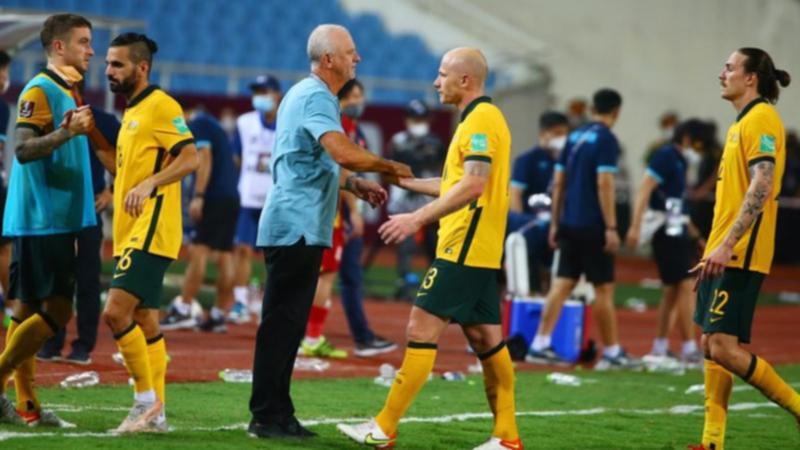 Socceroos coach Graham Arnold holds no mixed feelings that a win over Group B rivals Japan in Tuesday’s World Cup qualifier is likely to be terminal to the coaching reign of counterpart and former teammate Hajime Moriyasu.

Arnold knows the 53-year-old Moriyasu well after the pair played together in the J-League with Sanfrecce Hiroshima in the late 1990s.

Their relationship is, however ,the last thing on Arnold’s mind as the Socceroos aim to extend their perfect run on the road to Qatar 2022, knowing a victory over the Samurai Blue in Saitama will put Australia nine points clear of the Asian giants almost halfway through the third stage of qualifying.

Reports out of Japan indicate Moriyasu’s grip on his job is tenuous at best after two losses in their opening three matches including a shock 1-0 loss to Oman on home soil last month.

It’s a situation Arnold has sympathy towards, though it won’t affect his approach to the game.

“He’s a fantastic guy … it just shows you how fickle coaching is,” Arnold said.

“Moriyasu’s done a great job with Japan and a couple of losses and that’s the situation coaching can be.

“It’s exactly the same for me, that’s why I’m just enjoying one game at a time, one camp at a time, and enjoying what I’m doing at the moment.”

Arnold has indicated he will be making changes to his starting line-upfrom that which defeated Oman 3-1 in Doha last week to secure a record 11th-straight win.

While there are no injury concerns, the Socceroos coach said “fresh legs” will be the deciding factor behind the changes.

Star midfielder Aaron Mooy, who has been limited in his game time with the Chinese Super League still in hiatus, could be in line to start after cameo roles off the bench in the past three matches.

“He’s in top shape and ready to go,” Arnold said.

“If there’s one thing about him, the adrenaline will kick in and it won’t matter that he hasn’t played many match minutes for a while.

“His experience is enormous.”

Japan’s surprisingly poor start to the group won’t be the only unusual situation for Arnold’s team to encounter with COVID-19 restrictions meaning the limited-size crowd will be able to attend the match but be banned from singing or chanting.

“That might be weird for the Japanese players not us,” Arnold said.

“We can’t understand them when they sing anyway.

“We knew that there was going to be a bit of a crowd and obviously that can’t sing, but they can clap and it’ll be a great experience.”