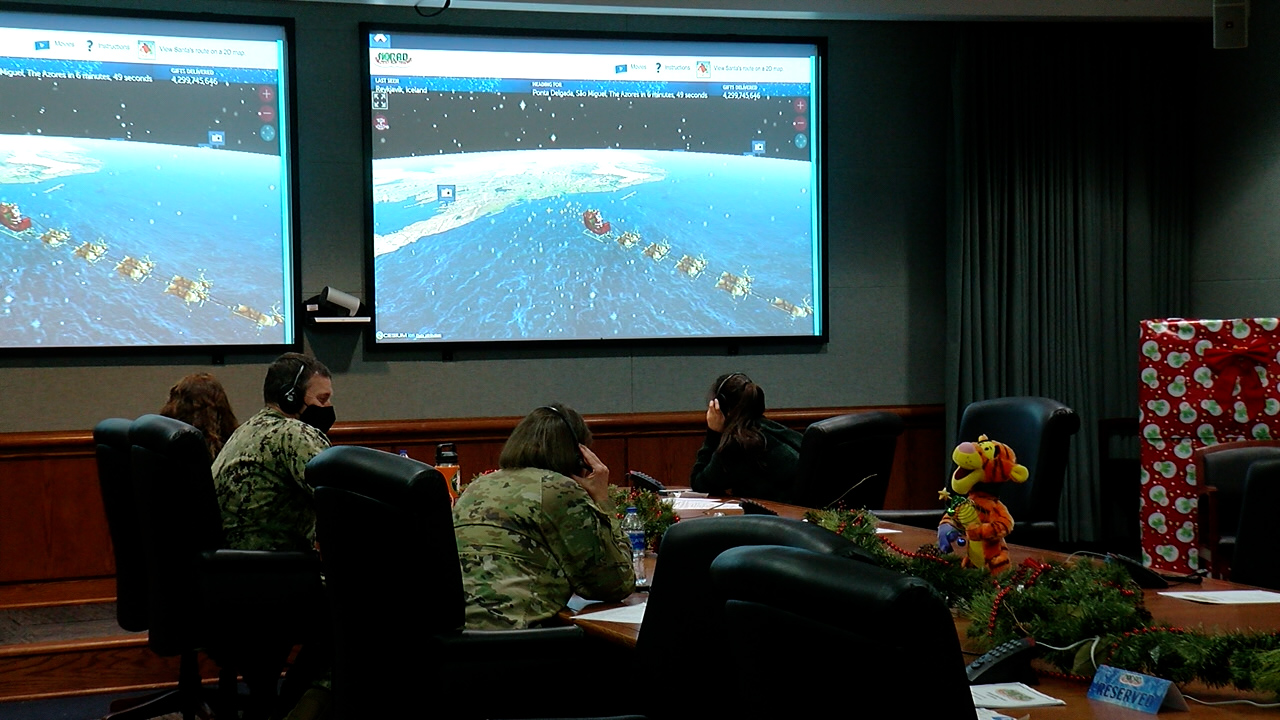 COLORADO SPRINGS — You better watch out, Santa Claus is coming to town. Whether you have been naughty or nice this year, you can still track Santa on his trip around the globe.

NORAD has been tracking Santa on Christmas Eve every year since 1955.

“It was kind of a fluke. A little girl called into the NORAD Operations Center wanting to know where Santa was, and the guy who was on duty realized they had misprinted the Call Santa number in the newspaper, and so he had his entire crew answering phone calls all night,” said Major General Michelle Rose, a NORAD Santa Track volunteer.

The story goes that the ad was for a nearby SEARS department store, but because the number was one digit off, NORAD received all the calls that evening.

Ever since then, it has been an annual tradition, not only for the Operations Center but for families who have been participating for several years.

“It is seriously the best Christmas experience that I have ever had. It’s so much fun to be able to answer phone calls from children and just chat with people from all over the world and just be a part of the Christmas magic,” said Yvonne Coombes, Armed Forces Insurance Army Spouse of the Year and NORAD Santa Track volunteer.

Spreading Christmas spirit has been the ongoing theme all night for NORAD volunteers as they speak with thousands of kids all around the world, answering questions that aren’t just about Santa’s whereabouts.

“It’s really cute when you get the little kids, and they want to know what kind of cookies Santa likes, or what they can leave out for Santa’s reindeer,” Coombes said.

“I’ve already gotten two phone calls tonight on ‘how old is Santa’. I had a question from a girl who wanted to know who’s on the Naughty List,” Maj. Gen. Rose said.

Rose went on to say that one child even serenaded her with a song.

NORAD said last year they answered about 20-thousand phone calls, but they expect to far surpass that number this year.

“We here at NORAD do this 365 days a year. We protect the United States and Canada, and we love tracking Santa on Christmas Eve,” Maj. Gen. Rose said.