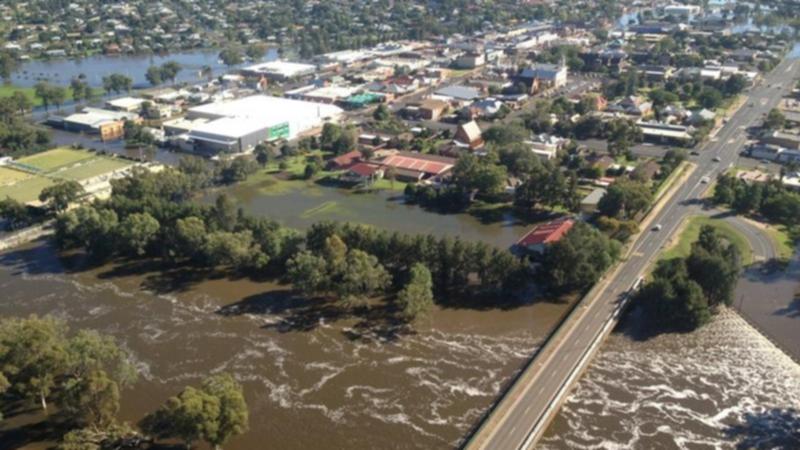 Thousands of people in the NSW central west have been warned to prepare to evacuate as the Lachlan River threatens to flood after heavy rain lashed the state.

More than 8000 people in the town of Forbes are in the path of the river, which is rising upstream.

The Bureau of Meteorology has predicted possible major flooding at 10.55 metres on Tuesday and 10.65 metres on Wednesday morning, similar to the September 2016 floods.

The State Emergency Service has warned locals in up to 800 homes to start preparing and to make arrangements to move to safety before the flooding starts.

“The situation is likely to change and it can escalate quickly,” the SES warned.

In the past 24 hours, the SES unit in Forbes has responded to 120 calls for help – mostly for sandbagging and leaking roofs.

Across the state, the volunteer organisation has responded to 320 calls for help in the past 24 hours, after high winds combined with rain caused widespread havoc, particularly in Sydney’s Hills district, the Blue Mountains and the regional city of Wagga Wagga.

St Andrews Church at Forbes has been set up as an evacuation centre as residents monitor the situation.

People were busy sandbagging properties after the Wyangala Dam, near Cowra, on the Lachlan River overflowed on Sunday.

“Residents should monitor the situation and be prepared to evacuate when instructed to do so,” SES spokeswoman Andrea Cantle said on Monday.

The BOM says flood waters combined with increased spills from the Wyangala Dam have already caused moderate flooding along the Lachlan River at Cowra where river levels have peaked.

Downstream from Forbes, major flooding is also expected at Cottons Weir and Jemalong from Monday.

A flood evacuation order will be issued by the NSW SES via text message if it goes ahead.