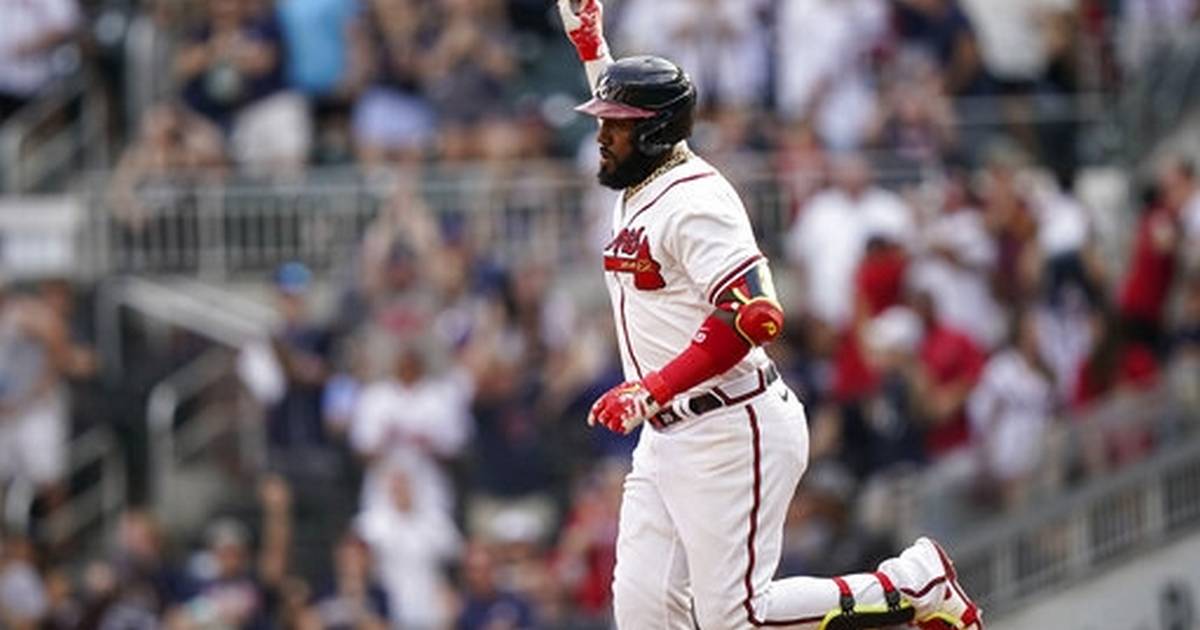 ATLANTA — Marcell Ozuna homered and Austin Riley hit a tiebreaking double during a four-run rally in the eighth inning in the Atlanta Braves’ 6-5 victory over the San Diego Padres on Saturday.

The game appeared to turn in San Diego’s favor in top of the eighth when first baseman Matt Olson misplayed Trent Grisham’s grounder for a two-base error with one out. Grisham advanced on Will Smith’s wild pitch and scored on Jorge Alfaro’s single to tie it at 2.

After Jake Cronenworth doubled, Jurickson Profar drew a walk to set the stage for Braves closer Kenley Jansen (2-0) to face Manny Machado with the bases loaded. Machado hit a grounder to Riley at third base, but his throw to second sailed into shallow center field for an error that allowed two runs to score. San Diego added another run to make it 5-2 on Eric Hosmer’s RBI forceout.

The defending World Series champion Braves have won four of six to improve to 16-18.

Yadier Molina opened the second with a double off the top of the right-center field wall for his 2,128th career hit, moving him past Mike Piazza for sixth most among catchers.

Tommy Edman homered as the Cardinals won for the second time in seven games. St. Louis has homered in 10 straight games.

The A’s trailed 3-1 with two outs in the ninth before rallying against closer Raisel Iglesias (1-1).

Ramon Laureano doubled and Christian Bethancourt walked before Barrera launched the drive into the right-field seats in his 17th career at-bat. Barrera had made an error in left field that allowed the Angels to score their third run.

Lou Trivino (1-2) retired Mike Trout with two on and two out to end the ninth to earn the win.

Trout came off the bench and was part of a two-run rally that gave the Angels a 3-1 lead in the eighth.

DETROIT — Tigers starter Michael Pineda exited early after being hit in the hand by a line drive and the Detroit bullpen did the rest, teaming on a four-hitter to beat Baltimore.

Pineda retired all four hitters he faced, but the righty had to leave after Ramon Urias’ liner hit him in the pitching hand in the second inning. Wily Peralta replaced him, with the game delayed to give him time to warm up. Peralta (1-0) set down eight batters and four more relievers finished. Gregory Soto pitched the ninth for his fifth save.