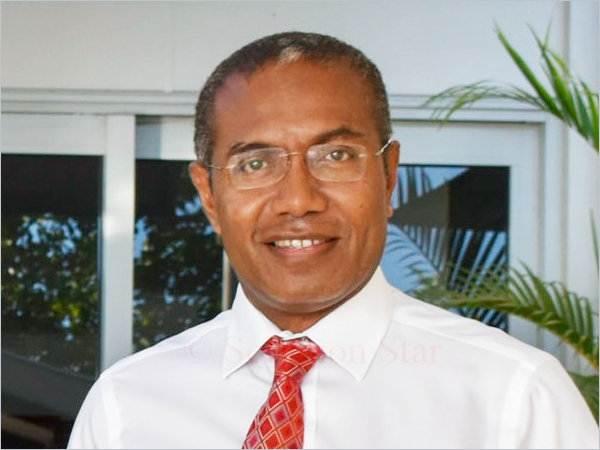 This was highlighted by the Member of Parliament (MP) Peter Kenilorea Jnr when speaking in parliament last week.

He was contributing to a motion moved by Prime Minister Manasseh Sogavare to acknowledge the traditional speech from the throne by the Governor General His Excellency Sir David Vunagi at the opening of parliament in late March.

MP Kenilorea Jnr said Solomon Islands as a small nation can continue to support itself.

“Small as we are, we can still support ourselves,” he said, adding: “Yet we allow another country to come in.”

He reminded the leaders to examine themselves to solve some of the issues facing the country because the security pact won’t solve the country’s ongoing problem.

“Let us look at ourselves. The security treaty won’t fix our problems.

We need to fix it ourselves.”

The Opposition MP earlier has labeled the security deal as “unnecessary and not needed.”

Kenilorea Jr, who also chairs the Foreign Relations Committee, was against the deal.

“We don’t see any benefit to the Solomon Islands with this security pact, we don’t need it,” he told Sky News Australia’s Peter Stefanovic more than a week ago.

“I think we have our traditional partners and our security partner of choice already, that is Australia and the region, so this for us is unnecessary and not needed.”

He expects “a lot of movement very soon” in the Solomon Islands from Beijing.

Details of the final agreement are yet to be released but a “very concerned” Mr Kenilorea Jr believes China will invest in a number of sectors.

“Be they so-called investments, interests from mining companies from China, fisheries, telecommunications and as well as aviation,” he told Stefanovic.

“These are things that I’m expecting coming in and some of these things will be borne by us, Solomon Islands.

“So it’s a cycle what will continue to keep us entrapped and dependent, the dependency factor is something I’m very, very concerned about in terms of what we’ve gotten ourselves into.”