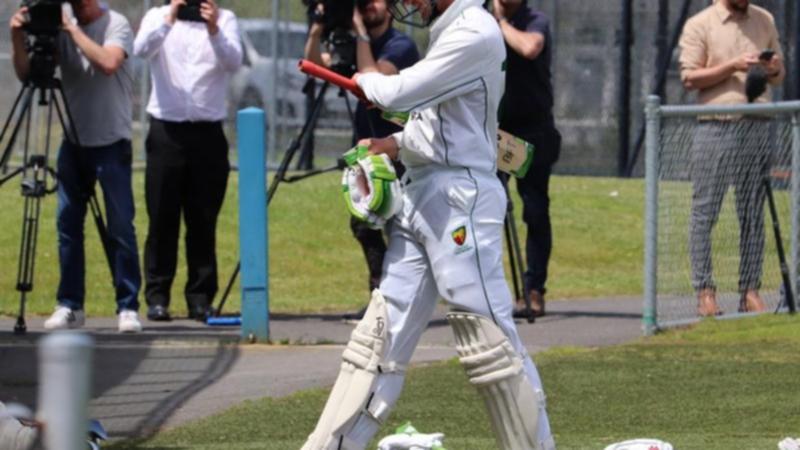 Friday’s bombshell, coming a week after Paine tearfully stood down as captain after revelations of a sexting scandal in 2017, could mark the end of the wicketkeeper’s cricket career.

Shocked national selectors, who were expected to back the Tasmanian to weather the storm and play at the Gabba as per the players’ wishes, are yet to give any indication of their plans.

But it is hard to envisage how Paine, who turns 37 when the five-Test series between Australia and England begins on December 8, could force his way back into the XI after Alex Carey or Josh Inglis take the gloves.

The Tasmanian was ready to retire from domestic cricket in 2017, only for a call from mentor Ricky Ponting to start a process that led to a shock Ashes recall and even more remarkable promotion after Steve Smith was stripped of the captaincy.

But playing cricket is currently the least of Paine’s concerns.

“We are extremely concerned for his and (wife) Bonnie’s well-being and will be making no further comment at this time,” Paine’s manager James Henderson posted on Twitter.

Henderson termed it an “indefinite” break.

“We recognise that this is an incredibly difficult time for Tim and his family and are committed to supporting them,” Cricket Australia (CA) chief executive Nick Hockley said.

“We respect and understand Tim’s decision to have a break at this time to focus on his and his family’s well-being.”

“Family and health are more important than any game of cricket,” Greenberg and Dyer wrote.

“It takes genuine courage to both recognise the need for help and ask for it. Tim now needs some time and space.

“We hope now that Tim’s best interests will … be respected.”

The veteran underwent neck surgery in September but made steady progress and, as of Thursday, was slated to link up with the Test squad for an intra-squad clash beginning in Brisbane on Wednesday.

Paine was set to bat at first drop in Tasmania’s one-dayer against Western Australia in Hobart on Friday, giving him a chance to play five consecutive days of cricket after a low-key return via the state’s second XI.

But Cricket Tasmania (CT) confirmed the late scratching on Friday morning, adding it would support Paine and his family both professionally and personally throughout the summer.

CT’s board has fumed publicly and privately about CA’s “appalling” treatment of their favourite son, who sent an explicit image and lewd messages to a CT staffer in 2017.

“Tim Paine has been a beacon for Australian cricket over the past four years and instrumental in salvaging the reputation of the national team after the calamity of Cape Town,” CT chairman Andrew Gaggin said on Tuesday.

“At a time when CA should have supported Tim, he was evidently regarded as dispensable.

“The worst (treatment of a Test captain) since Bill Lawry over 50 years ago.”

Lawry famously learned of his dismissal via reporters.