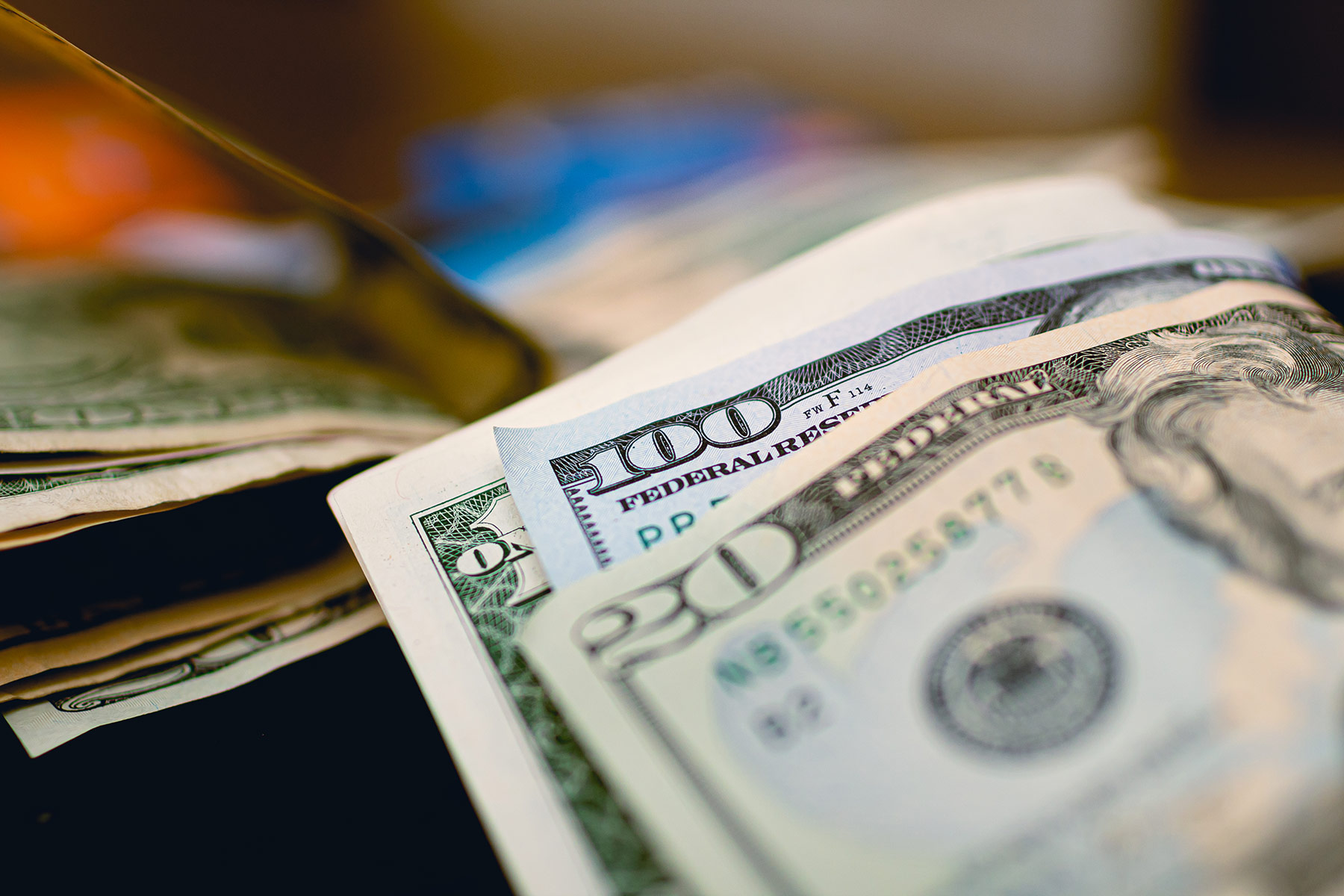 The rich have always flaunted their wealth. It was rarely good enough to enjoy financial success, you had to be conspicuous about it. They build enormous homes for everyone to gawk at. They throw lavish parties. They commission paintings, statues, biographies. They endow institutions so that their names can live on in granite forever.

At the same time, the rich withdraw into gated villas, travel in their own private jets and buy their own Picassos so that they don’t have to mix with the hoi polloi at museums. The rich want us to know about their wealth, but they also want to be left alone to enjoy it. They engage in an enormous game of peekaboo with the public. Now you see my wealth, now you don’t.

In our globalized era, this game of peekaboo has become a vast enterprise. Enormous fortunes are generated by multinational operations and transnational financial flows. The profits, in turn, are protected by a baroque system of secret bank accounts and tax shelters. The rich will give away their money, occasionally, but as little as possible to governments. Their gifts to private charity are often just another way of robbing the public. Global tax shelters, meanwhile, are grand theft.

The recently released Pandora Papers, a trove of nearly 12 million documents, shines some light on the mechanisms by which the wealthy squirrel away their gains. One example jumps out: Tony Blair. The former British prime minister and his lawyer wife Cherie purchased a multi-million-dollar townhouse in London as her office but did it in such a way as to avoid paying a tax on the sale. In this offshore financial sleight of hand, they skipped out on paying several hundred thousand dollars to the very government over which Blair once presided. The maneuver, which was perfectly legal, is salient for two reasons.

First, Blair himself had initially railed against tax dodges of this nature. “Offshore trusts get tax relief while homeowners pay VAT on insurance premiums,” he said as Labour Party leader. “We will create a tax system that is fair which is related to ability to pay.”

Second, Blair celebrated a “third way” that was supposedly an accommodation between socialism and capitalism. When it came to global markets, Blair wanted “to remove regulatory burdens and to untie the hands of business,” as he put it in a celebrated 1999 speech.

It’s no surprise, then, that he took advantage of the very mechanisms that he initially opposed and subsequently facilitated through deregulation.

Blair is by no means alone in his opportunism. The Pandora Papers are full of politicians who campaigned on anti-corruption platforms and are now being hoisted by their own petards. The billionaire Czech prime minister, Andrej Babis, for instance, made his political fortune on the basis of promises to stand up to corruption and run the Czech Republic like a business. When Czechs gave his party an overwhelming victory in 2017, they didn’t seem to find anything contradictory about such promises. Babis at that time stood accused of various corrupt practices involving his businesses, including improper receipt of European subsidies. These allegations continued to dog him throughout his term of office, leading to an official European Parliament censure several months ago.

So, naturally, Babis turns up in the Pandora Papers as well. According to the documents, the businessman transferred $22 million to offshore entities to buy a luxury French chateau. He engaged in this subterfuge to keep the purchase secret and probably to reduce his tax burden as well. This week, Czech voters finally changed their minds about Babis and effectively voted him out of office.

Other anti-corruption campaigners have been ensnared in the Pandora web of incriminating documents. Volodymyr Zelensky, for instance, promised voters that he would clean up Ukraine’s swamp of corruption, but the Pandora Papers revealed his ownership of shares in offshore entities and shell companies. Oh, Zelensky “cleaned up” all right.

What was surprising about many of the 35 current and former world leaders who appear in the Pandora Papers was not so much their presence on the list — Gabon’s Ali Bongo, for instance, is notoriously corrupt, while Chile’s Sebastian Pinera was already linked to 14 corruption investigations before he became president again at the end of 2017 — but that they went to such great lengths to hide their purchases from the public.

Jordan’s King Abdullah is a monarch, for goodness sake. Monarchs are expected to spend royally. The queen of England enjoys $500 million in personal assets, and hardly anyone blinks an eye at all the money the royals spend very publicly on weddings, junkets, and the like. And yet, according to the Pandora Papers, King Abdullah went about collecting $100 million of property around the world in secret. Of course, Jordan is a relatively poor country, and the government has imposed very unpopular austerity measures. It doesn’t look so good for their king to buy three cliff-top mansions in Malibu, four apartments in Georgetown and several properties near Buckingham Palace.

Tolerance for the fabulously wealthy waxes and wanes. Back in the 1980s, TV viewers were thrilled to see glimpses of the “lifestyles of the rich and famous.” Nowadays, anger has been steadily mounting against the 1%. That’s why kings and politicians have been more discreet in moving their wealth around. And that’s why governments feel they have the public on their side when they try, even in half-hearted ways, to tap into this stream of globally circulating wealth.

One of the virtues of globalization, from the perspective of a corporation, is the ability to move operations from one jurisdiction to another to take advantage of better tax deals. Some countries, like Ireland and Hungary, have billed themselves as havens for corporations that want to pay as little tax as possible.

At the prodding of the United States, the Organization for Economic Cooperation and Development (OECD) has been pushing through a corporate minimum tax rate of 15%. It will also tax digital companies in locations where they operate even if they don’t maintain any offices there.

All of this is lower than what the US initially pushed for — a 21% rate. The measure, if passed, will have a 10-year transition period. And it’s not entirely clear that the United States itself will ratify the accord given the predictable Republican opposition. But hey, it’s something.

This effort might make a small dent in the gross receipts of the world’s wealthiest, like Amazon’s Jeff Bezos and Facebook’s Mark Zuckerberg. But even a small dent adds up to a lot of revenue. “Tax havens collectively cost governments between $500 billion and $600 billion a year in lost corporate tax revenue,” writes tax haven expert Nicholas Shaxson. “Of that lost revenue, low-income economies account for some $200 billion—a larger hit as a percentage of GDP than advanced economies and more than the $150 billion or so they receive each year in foreign development assistance.”

It’s not just corporations that are hiding their profits from tax authorities. Individuals continue to profit enormously from the global economy and, with the help of their accountants, avoid paying as much as possible to their respective governments. Shaxson offers a range of anywhere between $8.7 trillion and $36 trillion, which adds at least another $200 billion in lost government tax revenue per year.

To take advantage of low to non-existent tax rates, the rich love to park their money, and sometimes themselves, in places like the Bahamas and the Cayman Islands. But the real surprise of the Pandora Papers is South Dakota’s status as a capital magnet. Like those island hideaways, South Dakota has no income tax, inheritance tax or capital gains tax. And, like the Switzerland of old, it protects the money of the rich behind walls of secrecy.

On top of that, South Dakota trusts offer something else the rich crave: deniability. As Felix Salmon explains: “All three parties — the settlor, the trustee, and the beneficiary — can legally claim that the money isn’t theirs. The settlor and the beneficiary can say they don’t have the money, it’s all in a trust run by someone else. The trustee can say that she is just looking after the money and doesn’t own it.” In other words, the rich often want to be as inconspicuous as possible — to avoid the tax inspector, that persistent creditor and the anger of crowds.

So, the first step to clean up this highly lucrative mess is sunlight. One global tool is the Common Reporting Standard by which participating countries provide basic information about foreign assets held in their territories. Guess what: The United States is alone among major countries in not participating. In its usual exceptionalist way, America shares financial information on its own terms, not according to a global standard. Sunlight should extend to corporations as well, which should be obligated to submit financial information on every country where they operate.

The next step is to crack down on tax havens. The European Union maintains a tax haven blacklist, but it only has nine locations on it after the recent removal of Anguilla, Dominica and the Seychelles. “Today’s decision to delist Anguilla, the only remaining jurisdiction with a 0% tax rate, and the Seychelles, which are at the heart of the latest tax scandal, renders the EU’s blacklist a joke,” concludes Oxfam’s Chiara Putaturo. So: better blacklists.

And, of course, more should be done to raise the floor on corporate tax rates. The United States was right (for once): 15% is too low.

Decades of deregulation have led to the rise of a new class of the super-rich. More than 500,000 people around the world possess more than $30 million each and half of these live in the United States. Of that latter number, over 700 are billionaires and they saw their collective wealth increase by $1.8 trillion during the COVID-19 pandemic.

It’s time for rich people to fork over their fair share. The planet is presenting its bill to humanity. Pay up, says Mother Earth, or you’re toast.

Right now, those who are the least able to shoulder the costs of climate change are suffering its worst effects. In 2015, the World Bank estimated that, unless the international community took immediate steps, climate change would push 100 million people into poverty by 2030. Those immediate steps have not been taken. As a result, more than a million people are on the brink of famine because of drought in Madagascar. Poor islands like Haiti are especially vulnerable to climate change, and the population simply doesn’t have the capacity to adapt to their changing circumstances.

Elsewhere, the poor are doing whatever they can to keep their heads above water. In a recent astonishing study, the International Institute for Environment and Development reports that the rural poor in Bangladesh are spending more than their government or aid agencies to combat the climate impacts on their communities.

The rich are clearly embarrassed by their riches, so much so that they are going to great lengths to keep their transactions a secret. Now, can we embarrass them even more so that they pay what is necessary to save the planet?

*[This article was originally published by FPIF.]