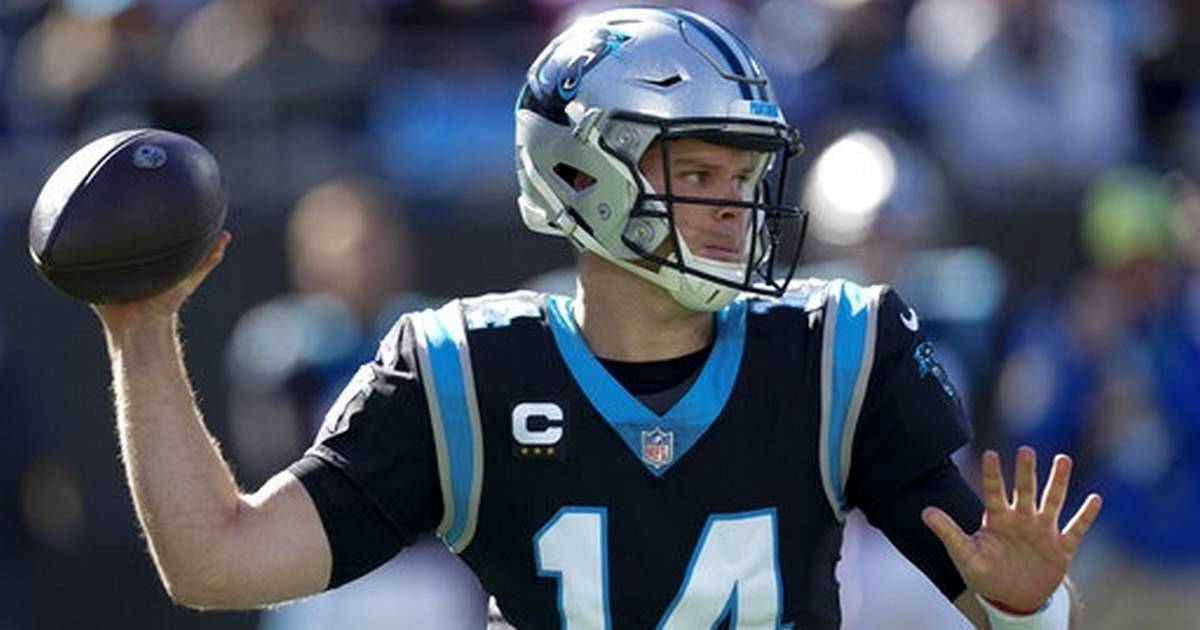 Coach Matt Rhule said he will wait until Wednesday to get a better grasp on Darnold’s injury status before making a determination on who’ll start Sunday against the Arizona Cardinals. P.J. Walker is the team’s other option at quarterback.

‘We will wait to see where Sam is health-wise moving forward,’ Rhule said.

Darnold had originally injured his right shoulder in Carolina’s Week 8 win over the Atlanta Falcons.

Darnold has struggled in recent weeks, throwing 10 interceptions in the past six games, including three picks on against the Patriots on Sunday, one of which was returned 88 yards for a momentum-turning touchdown by J.C. Jackson.

‘Right now we are focused on Sam and his health,’ Rhule said. ‘I think Sam would be the first to tell you that wasn’t good enough from the quarterback position (on Sunday). We had guys open with some opportunities that we weren’t able to connect on. We had too many batted balls. And then three giveaways. When you look at our season when we have protected the football we have had a chance to win. … So the play at the position has to be better.”

Rhule also confirmed that center Matt Paradis is done for the season after suffering a torn ACL in his left knee in Sunday’s game. Pat Eflein will get the first-team reps at center this week.

Defensive end Brian Burns (ankle) and left tackle Cam Erving (calf) were also getting MRIs on Monday, per Rhule. The second-year coach said he hopes to know more on their status when the team returns to practice on Wednesday.