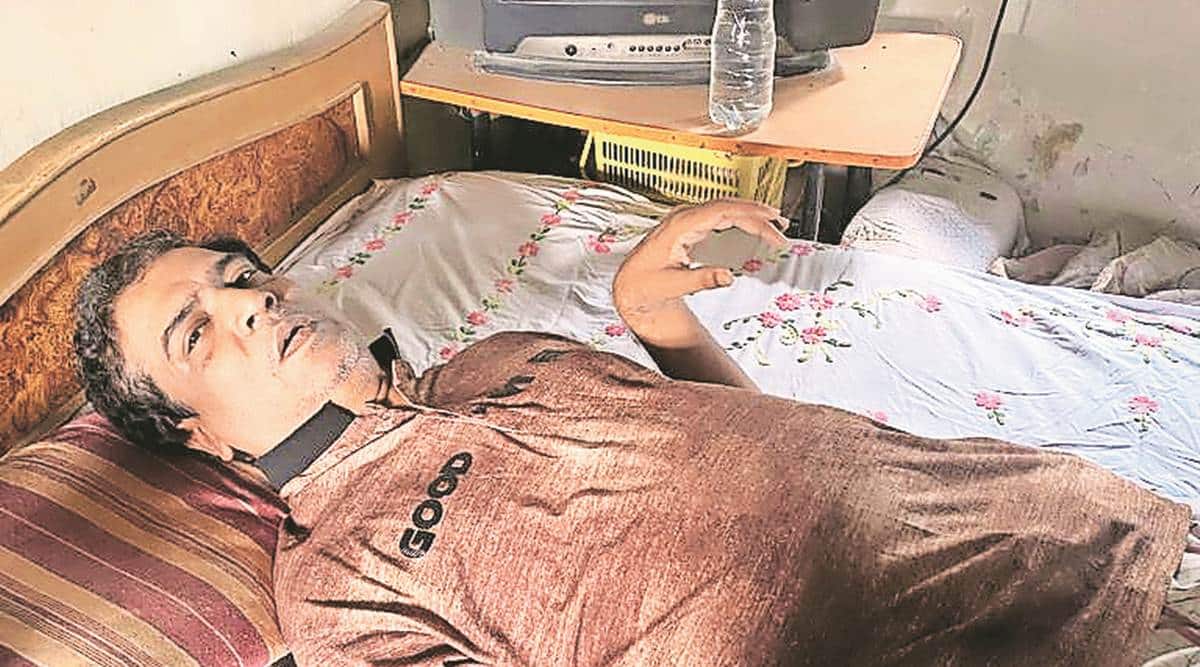 IT MAY seem a small victory for a small cause — a cause which is not even his own — but it’s victory nevertheless for Ajay Basudev Bose.

Four years back, the 49-year-old railway employee witnessed what he believed was an act of injustice. In 2020, he retired from service after suffering an attack of paralysis. But so determined was he to ensure justice that he booked an ambulance to record his statement at the Metropolitan Magistrate Railway Court, paving the way for investigation to restart in an extortion case against two constables of the Government Railway Police (GRP).

On October 22, 2017, Bose was on his way to work at LTT railway station, when he witnessed a commotion around two GRP constables randomly checking bags of long-distance train passengers at the Tilak Nagar railway station.

“I went up to them to find out what was happening. One of the passengers told me that the constables had found a packet of beedi in his luggage. As ‘punishment’, the constables took Rs 500 from the total of Rs 600 that he had in his pocket,” said Bose.

Bose learnt that the constables had extorted money from other passengers as well. But when he started recording the scene, the two constables allegedly manhandled him, snatched his mobile phone and deleted the video.

Bose reported the incident at Wadala GRP office and a case under sections 384 (extortion), 201 (destruction of evidence), 323 (assault) and 34 (common intention) of the Indian Penal Code (IPC) was registered against the two constables, identified as Pravin Patil and Sumeet Chavan. Another railway staffer identified as Dharmendra Rokade was also booked as he had also intervened.

In order to retrieve the deleted video, the investigators sent Bose’s phone to a forensic laboratory. When days passed without progress in the case, the complainant started filing RTI (Right to Information) queries.

“When I asked why the two constables weren’t arrested, the officers claimed they were not traceable whereas, through RTI, I got their attendance sheet, which shows that they had started coming back to work in November 2017,” said Bose.

While responding to Bose’s RTI queries, officials said they did not have sufficient evidence to arrest the constables.

According to Bose, even after a case of extortion was registered against them, the GRP officials were not suspended. “Instead, in July 2018, the two constables were transferred from Wadala GRP to Kalyan GRP. This also I came to know through another RTI,” added Bose.

The Indian Express independently confirmed that the two constables are still working at Kalyan GRP.
For almost a year, the complainant claimed, there was no update in the matter but he was surprised when on July 1, 2019, he received a letter undersigned by Assistant Commissioner of Police (ACP) Machhindra Chavan, the investigating officer, informing him that as no evidence had been found under section 384 (extortion), the only cognisable section in the case, the department had filed a summary report in the matter and was registering the remaining offences as a non-cognisable offences complaint.
The police told him that they had even informed the court about this.

Later same week, the complainant received a similar letter from the court asking for his version. Bose drafted an affidavit informing the court that the investigating officer had failed to call for a report from FSL, Kalina, where his phone was sent to retrieve the video – a vital piece of evidence in the case.

“Also, the investigating officer did not make effort to trace and arrest the constables,” said Bose, adding, “After my submission, the court called us six times for cross examination, but ACP Chavan never appeared before the court.”

The case did not progress further until February 2021 when Bose was summoned once again for a statement. By this time he had been lying low for a while following a paralytic stroke in October 2020.

“The court granted me time. On September 14, a constable came to my house with a summons. The constable informed me that if I failed to present myself in court, the magistrate may pass an order in their (the accused constables’) favour,” he said.

Bose said he could not say whether it was due to his drive to ensure justice or just his ego, but despite being bed-ridden, he told his wife to book an ambulance to take him to the court situated 13 kilometres from his house.

“I then asked the magistrate to permit me to go through the files because I had forgotten most of it due to my illness. In the file, I saw that the police had attached CCTV footages of the incident and also photos retrieved from my phone. I showed it to the magistrate who then recorded my statement and asked me to go,” he said.

The court observed that evidence showed that there is prima facie case against the accused for alleged offence of extortion, voluntarily causing hurt, disappearance of evidence by all of them with common intention. “There is prima facie material to issue a process against the accused for alleged offence. Therefore, N.C. (non-cognisable) summary filed is rejected,” read an order passed by magistrate VD Kedar.

When contacted, ACP Chavan said, “I had filed a report on the basis of the evidence that was available. I got transferred three years ago, and if the court has asked to reopen the investigation, a new officer will do that.” Deputy commissioner of police, GRP, Manoj Patil said that he was not aware of the case.