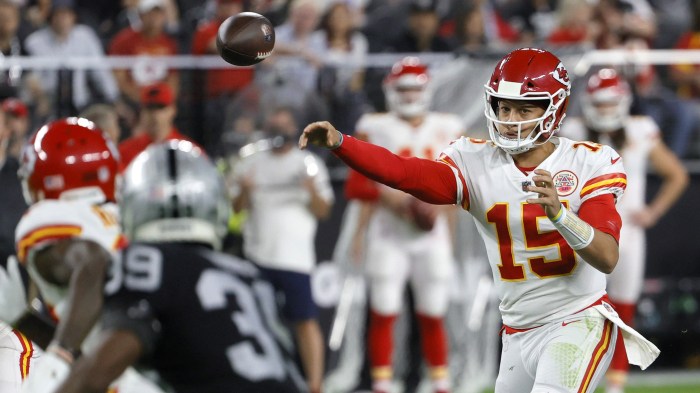 For the first time in his historic career, Kansas City Chiefs quarterback Patrick Mahomes may have to hit the road in the AFC playoffs.

Mahomes has helped the Chiefs become the first franchise in AFC history to host three consecutive conference title games, and except for the Super Bowl, the superstar has never taken a snap outside of Arrowhead Stadium in the postseason. A 34-31 road loss to Cincinnati in Week 17 of this season cost Kansas City the conference’s No. 1 seed.

If both the Tennessee Titans and Chiefs — seeded first and second, respectively, in the AFC — advance to the conference championship game, Mahomes will have to lead his team to victory on an opponent’s home field to reach the Super Bowl for the third straight season. It’s unfamiliar terrain for the four-time Pro Bowler, but a familiar theme this season for Kansas City.

Mahomes was out of sync during the Chiefs’ poor start, struggling to adjust to the league taking a different approach toward him defensively than during his first three thrilling seasons. Eventually, Mahomes and the Chiefs got things figured out and had another superb regular season under highly accomplished coach Andy Reid. Entering the playoffs, however, there’s a feeling around the NFL that Mahomes and the Chiefs aren’t as far ahead of the pack as they once were — or even still in the lead, for that matter.

After a blowout loss to Tampa Bay in Super Bowl LV and the team’s missteps this season, Kansas City no longer has an air of invincibility. As they prepare to play host to the Pittsburgh Steelers on Sunday in the AFC wild-card round, the Chiefs are widely considered to be one of several AFC teams capable of reaching the Super Bowl.

Make no mistake, the Chiefs are still immensely talented and well-coached. And Mahomes — the youngest passer to have a Super Bowl title, a Super Bowl MVP and a league MVP award — has maintained his high standing among the game’s elite passers. It’s just that the video gamelike stats and highlight tape-worthy plays Mahomes used to produce weekly didn’t occur as often or as easily, which was surprising. 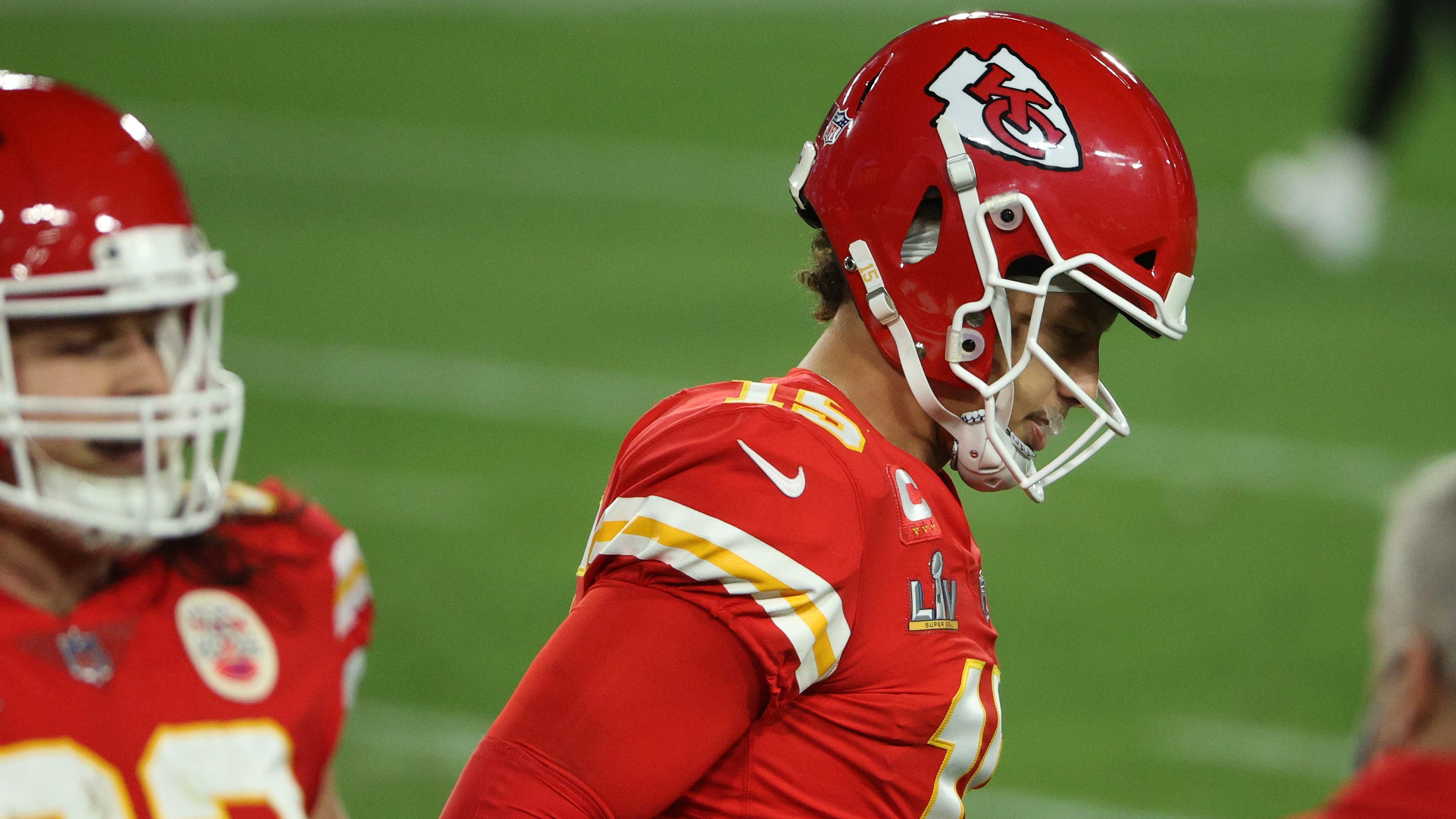 Clark, a former NFL safety, has studied the signal-caller’s performance closely since his record-setting season in 2018, in which Mahomes led the league with 50 touchdown passes. A lot changed for Mahomes this season, Clark said, and the quarterback and Chiefs may never again be the way they were.

“I can’t necessarily say he’ll be better [after overcoming new challenges this season] because he may never get to be as explosive again,” said Clark, a starter on Pittsburgh’s 2009 Super Bowl-winning team. “When we remember this offense, when we think back to his first year starting, the 50-touchdown year, this offense was so vertical. It showed off his dynamic arm strength. He’ll still have explosive days like that, but I think this [how opponents now attack the Chiefs defensively] changes the trajectory of his career.

“He’ll still win another MVP. He’ll still win another [Super Bowl] championship. But what we see this year is that it’s not Patrick Mahomes and everybody else, which it probably was for two, three years. It was like, ‘Patrick Mahomes and forget about everybody else.’ There are other quarterbacks who are now in the discussion like, ‘Would you take this guy or that guy over him?’ That never used to be a conversation. And that’s not a conversation we would be having if he had had the same consistent level of play this season that he had his first three seasons.”

After stubbornly sticking with what didn’t work against Mahomes for so long, many NFL defensive coordinators finally wised up.

This season, opponents used two safeties in deep pass coverage against Mahomes on 55% of his dropbacks — the highest percentage faced by any quarterback, according to ESPN coverage metrics informed by NFL Next Gen Stats. In Mahomes’ first three seasons as a starter, he saw coverages with two deep safeties on only 41% of his dropbacks, which ranked sixth in the NFL.

Then there’s Cover 2, a zone defense in which safeties are responsible for the deep halves of the field. Opponents played Cover 2 on 26% of Mahomes’ dropbacks — again the highest rate in the league. Additionally, teams blitzed Mahomes on only 14% of the Chiefs’ passing plays, which was the lowest rate against any quarterback in the last 15 seasons. During his first three seasons, Mahomes faced blitzes 20% of the time.

The intent of the changes was clear: Opponents hoped to cut down on the big passing plays that had defined Mahomes’ career. Goal accomplished.

Mahomes’ average completion traveled 4.9 yards downfield this season, ranking 30th in the NFL. At an average of 6.5 yards in his first three seasons, Mahomes ranked 11th in that category. Furthermore, Mahomes had the second-most completions thrown five or fewer yards downfield (he ranked 13th last season), and the number of his passes that traveled 20-plus yards in the air decreased significantly.

The Chiefs had to change their identity overnight, going from being the NFL’s quickest-strike offense to one that practiced patience. Mahomes, Reid and offensive coordinator Eric Bieniemy relied more on the running game and the short and intermediate passing game. To salvage its season, the Chiefs’ offense went from taking whatever it wanted to taking whatever the defense gave it. The major shift in the team’s offensive philosophy occurred while its defense was a hot mess.

On Oct. 24, 2021, the Chiefs were 3-4 after a 27-3 road loss to the Titans. Through the first seven games, the Chiefs’ pass rush was abysmal. The team’s secondary was under enormous pressure, which showed as it was torched often on long-developing routes.

In early November, the Chiefs sent a sixth-round pick to Pittsburgh for defensive end/linebacker Melvin Ingram, who has been a great addition. Ingram bolstered the defensive front, led by Pro Bowl defensive lineman Chris Jones. That group enjoyed the league’s biggest in-season turnaround and provided the foundation for Kansas City’s eight-game winning streak. During that span, the Chiefs allowed the fewest points per game (12.9) and had the most takeaways (21) in the NFL. 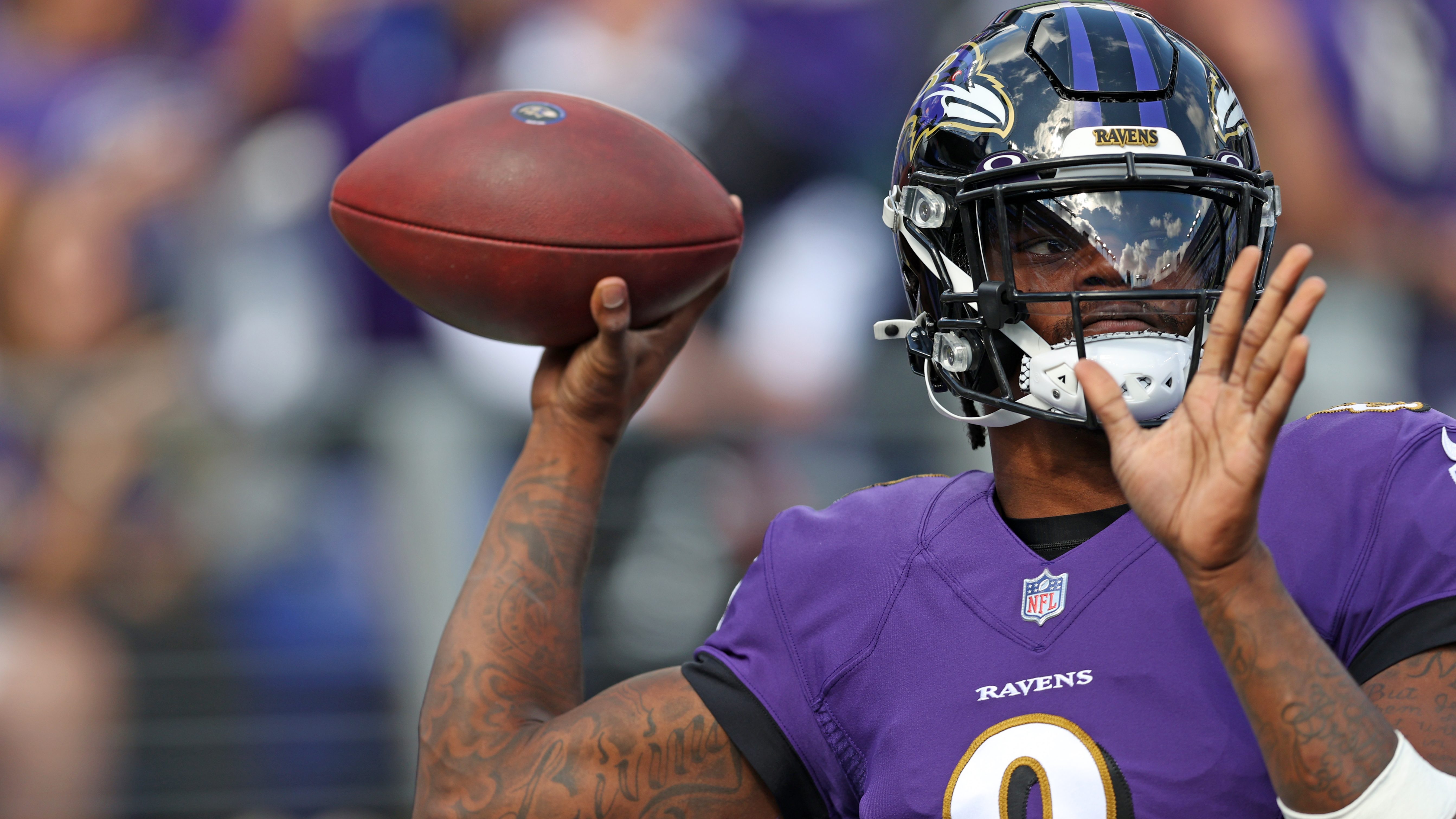 The coded language of ‘figuring out’ Lamar JacksonRead now

Despite connecting on fewer deep passes with his receivers than in past seasons, Mahomes definitely regained his touch: He finished the season ranked in the top five in passing yards, touchdown passes and Total QBR. The Chiefs (12-5) totaled at least 12 victories for the fourth straight season, matching the third-longest streak in NFL history. Not at all shabby.

But Mahomes and the Chiefs have set the bar so high, they’re continually expected to exceed it. That’s just not how things usually work in the NFL, ESPN analyst Domonique Foxworth said.

“His growth has been astounding, like almost perfect from day one, which is a weird experience,” said the former NFL cornerback, who played for the Denver Broncos, Atlanta Falcons and Baltimore Ravens during his six-year career.

“Everyone else has ups and downs. Nobody’s career just starts at a high point and continues to climb from there. He was the best quarterback in the league as a first-year starter and then followed it up with the same thing the following season. Now, he’s not head and shoulders above everyone else. That’s a good experience for him … because he had to find new answers.”

As always, the playoffs will bring new questions. For the first time, Mahomes may have to venture into hostile territory to face some.

Jason Reid is the senior NFL writer at The Undefeated. He enjoys watching sports, especially any games involving his son and daughter.