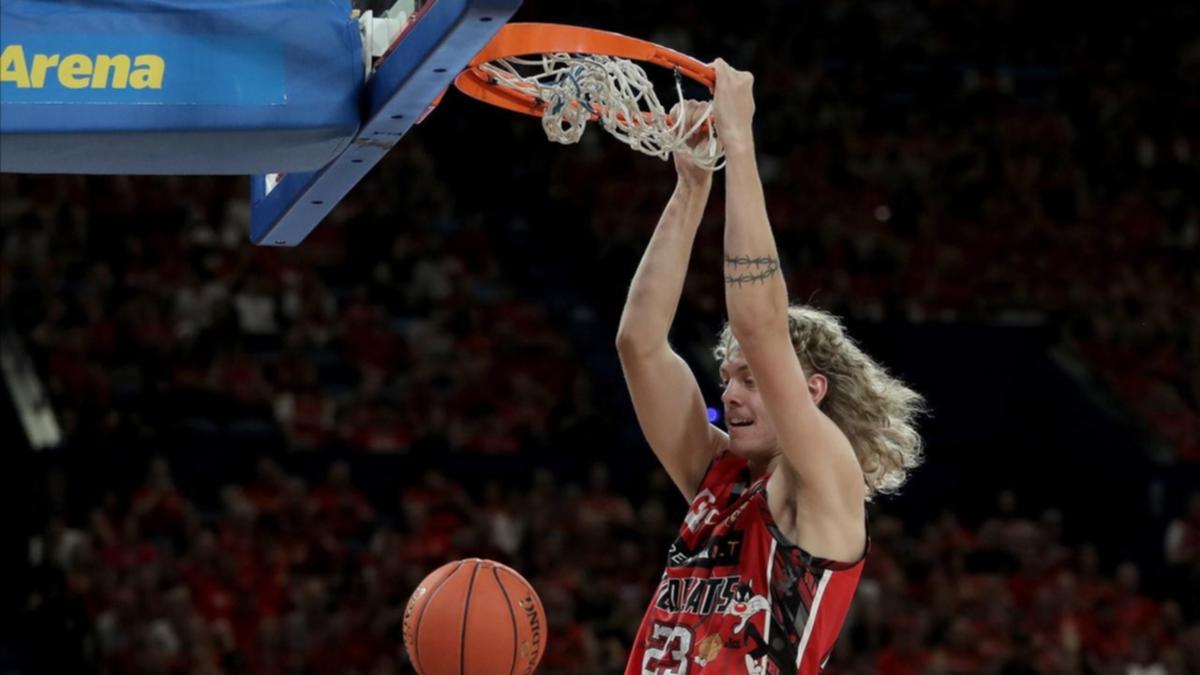 Vic Law and Bryce Cotton have led the Perth Wildcats to a comfortable 101-83 victory over new NBL franchise Tasmania JackJumpers, as last season’s runners-up prepare for an extended period on the road.

After consecutive fiery matches against Brisbane Bullets, the Wildcats only showed glimpses of their championship pedigree but still cruised to their fourth win from five home games to start the season.

On his 26th birthday, Law dominated late to finish with a game-high 32 points and 12 rebounds while Cotton scored 14 of his 23 points in the Wildcats’ decisive first-half push.

Law was suspended for one game after headbutting Bullets player Deng Deng on Friday night, but played against the JackJumpers while the league assessed footage of the incident.

Former NBA player Michael Frazier II shrugged off his tough NBL debut against the Bullets with 13 points and seven rebounds.

A record Wildcats crowd of 13,615 fans flocked to RAC Arena before they hit the road for an indefinite period due to Western Australia’s strict border controls amid the COVID-19 pandemic.

Their next game is against the Adelaide 36ers on December 28.

“We have to do our due diligence to not get the virus and stick to the rules. We have to be mentally tough,” Wildcats coach Scott Morrison said about their impending road trip.

Josh Magette (17 points) and Josh Adams (15 points) tried hard for the JackJumpers against the odds.

“I like our fight and grit but we couldn’t score the ball with any consistency,” JackJumpers coach Scott Roth said.

The JackJumpers needed a fast start but were sloppy with the ball leading to quick breaks and easy baskets for an energetic Wildcats, who blew the lead out to double digits in the second quarter.

Ex-Perth players Will Magnay and Clint Steindl were leaned on for a spark but struggled against a disciplined Wildcats, who led 44-33 at half-time.

After a testing start to his NBL career, Frazier II nailed a confidence boosting three-pointer early in the third quarter and then hit a tough layup to show off his credentials.

The Wildcats’ lead grew to 19 points when Cotton hit a three-pointer in transition and the floodgates opened.

The JackJumpers gamely tried to hang around but Law shut the door on them with a 17-point explosion in the final quarter.

Tasmania’s (1-3) road trip continues against Sydney Kings on Wednesday to end round three.