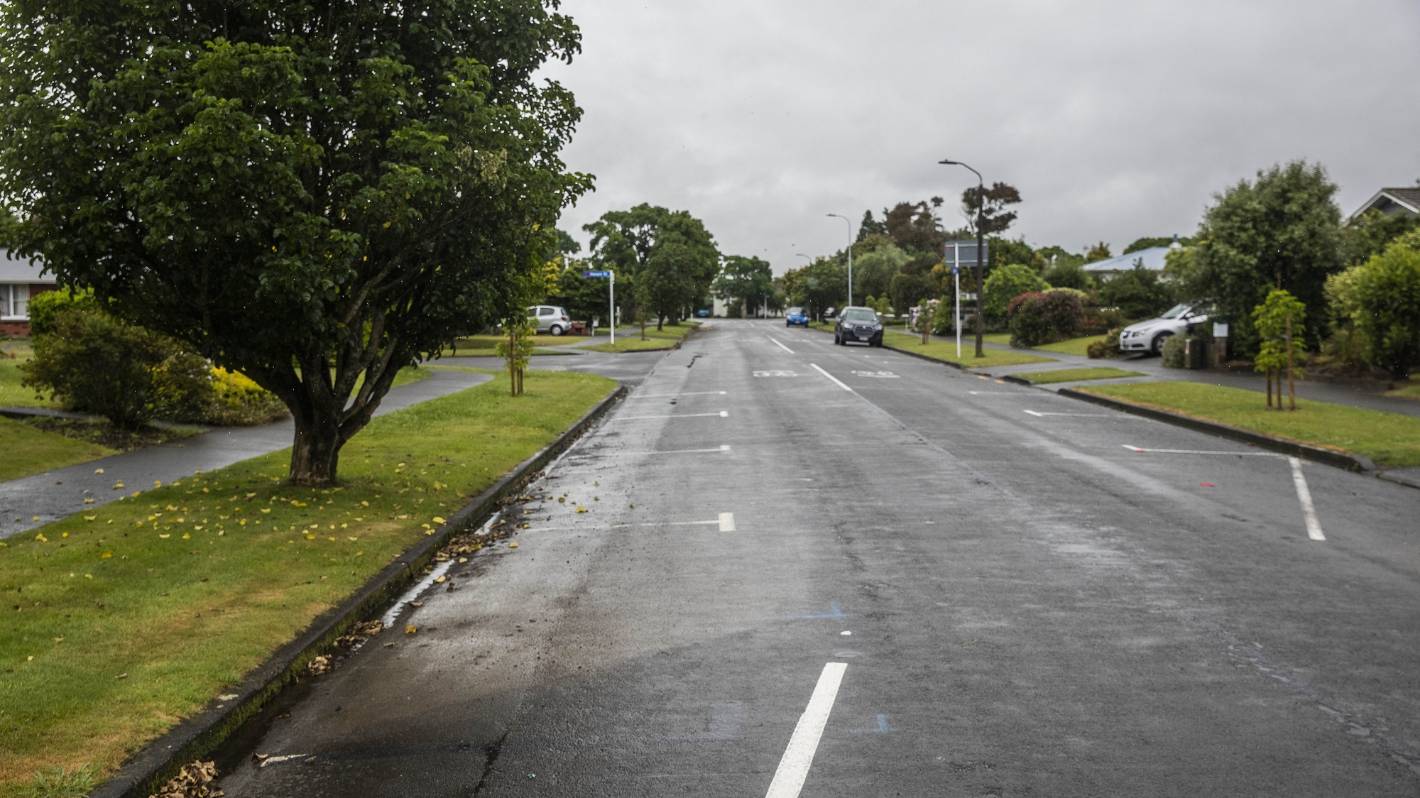 The planters were installed in Ruha St in July, one of five projects worth more than $500,000 that received 90 per cent subsidies from Waka Kotahi NZ Transport Agency’s Innovating Streets for People fund.

They were designed to help transform a short street dominated by vehicles and parking into a slower-speed zone more welcoming for pedestrians and cyclists.

Placed opposite each other, the two pairs of planter boxes narrowed the street so far that only one vehicle could negotiate the gap at a time.

But it was only ever a trial, said council chief infrastructure officer Sarah Sinclair, and it had always been the plan to remove them in time for the busy summer season.

The signs asking motorists to slow down remained, along with additional street trees.

Sinclair said the trial had been successful in making the area safer for pedestrians, cyclists and people on scooters.

There had been a 5 per cent reduction in the number of trucks and heavy vehicles using the route, and vehicle speeds had dropped from an average 48kmh to 35kmh.

But Sinclair said there had been clear messages from some quarters that the changes were not popular.

Some riverside path users did not like the changed layout.

Some residents were bothered about the impact on access to their driveways, and the loss of parks outside their properties.

The trial was over, and the council did not have plans to make any permanent changes to the street layout, she said.

Sinclair said the environment at the bridge approach had changed since the trial was put in place, with the new entrance to the river from the Esplanade Scenic Railway car park completed.

That meant there were more parking and access options for people.

Safety and any illegal parking issues in Ruha St would continue to be monitored.

The controversial Main St/Pioneer Highway planter box cycle lane trial was put in place during the year as part of the same Waka Kotahi programme.

The results of that trial were expected to be reported to the council in early 2022.