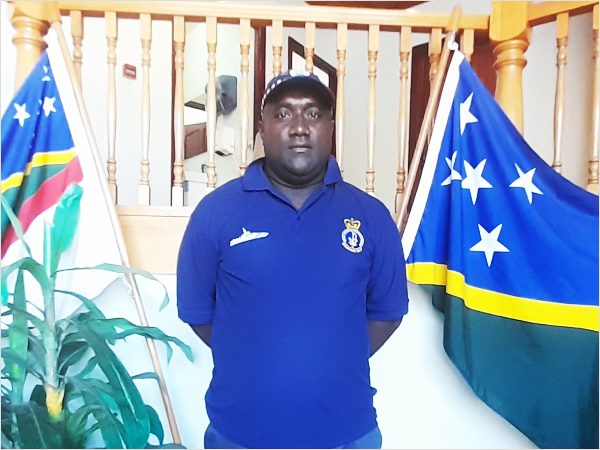 Assistant Commissioner National Operation, Evelyn Thugea stated this can be a 5 week course performed in Australia underneath the Technical and Further Education (TAFE) in Cairns.

Ms Thugea stated the course is to refresh certified private within the abilities and data required to behave as a bridge watch keeper on the Guardian Class Patrol Boats (GCPB).

She stated the coaching is to ensure officers engaged on the GCPB stay competent and secure to conduct their duties on the bridge at sea.

She stated resulting from COVID-19, most coaching for the patrol boat program in Australia was suspended for the previous two years.

The coaching was beforehand performed in Australian Maritime College in Launceston Tasmania and now the coaching program was moved to TAFE in Cairns, Australia.

The Assistant Commissioner stated Mr Suqaqari would be the first RSIPF- Maritime officer to attend this coaching in TAFE Australia after the suspension was lifted.

“Currently PC Suqaqari is the Chief Bosun mate and assistant officer of the watch on board Royal Solomon Island Vessel (RSIPV) TARO.

“This training is vital for the officer to develop his skills and become a competent officer on the patrol boats. He is really glad to represent Police Maritime in this training and the outcomes of this training will help to maintain our new GCPB,” Ms Thugea stated

The RSIPF thanked the Australian authorities via its Defence Cooperation program in making this coaching potential for the police maritime officers.