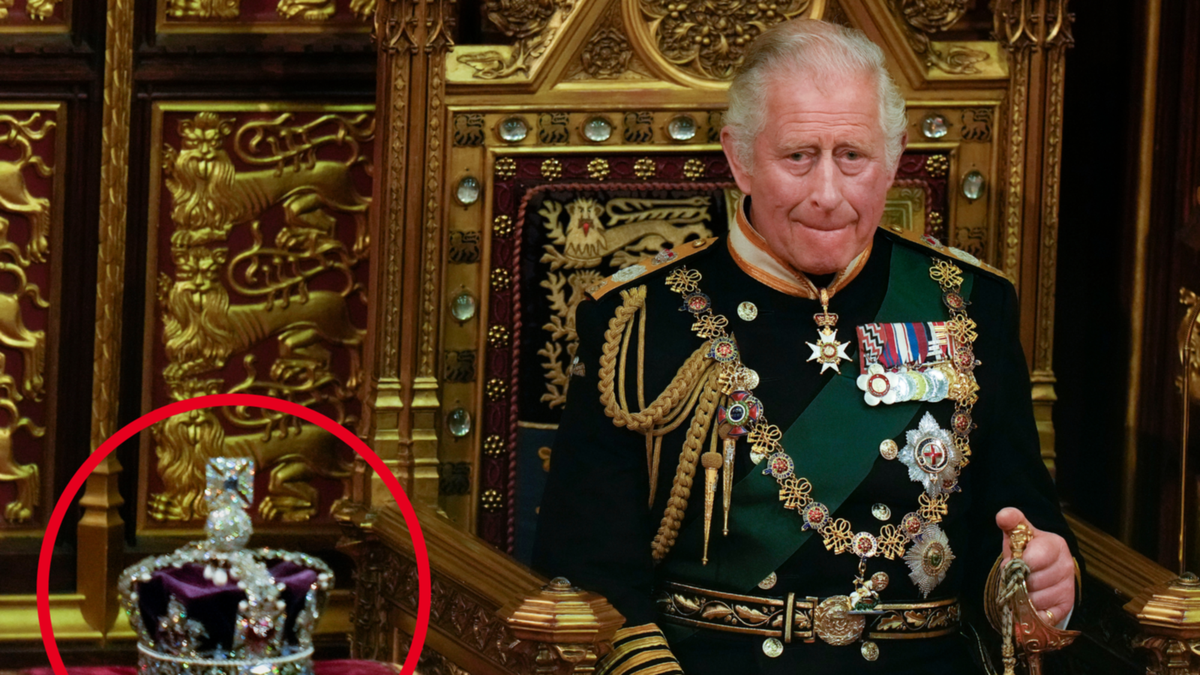 Prince Charles has attended the State Opening of Parliament in the United Kingdom after his mother pulled out of the event due to her health.

Buckingham Palace announced on Tuesday that Queen Elizabeth II would miss the annual ceremony as she is suffering “episodic mobility problems”.

Watch the video above to see Charles open the UK Parliament

In her absence, Charles took on the head of state’s major constitutional duty and read out the government’s legislative agenda.

The Queen has missed the occasion only twice during her 70-year reign – in 1959, and 1963, when she was pregnant with sons Andrew and Edward.

In a poignant moment, Charles sat beside his 96-year-old mother’s crown, however he did not take a seat on her throne.

The 74-year-old’s wife Camilla and son Prince William were also in attendance.

The State Opening of Parliament is an event of huge pomp and pageantry which traditionally sees the Queen travelling to the assembly in a State Coach, escorted by mounted soldiers in ceremonial uniform, while the Imperial State Crown and other regalia travel ahead in a carriage of their own.

The monarch dons the Robe of State before leading a procession to the House of Lords upper chamber where she sits on a throne and formally opens a new session of parliament, reading a speech written by the government outlining its legislative plans.

However, the Queen has been forced to pull out of several recent engagements in recent months following a number of health scares including a battle with COVID-19.

This latest cancellation has sparked serious fears for the four days of events to celebrate her Platinum Jubilee starting on June 2.

Planned events include Trooping the Colour, a church service at St Paul’s Cathedral, the Epsom Derby, a concert outside Buckingham Palace and a pageant through London.

The palace has confirmed Her Majesty is likely to decide on the day whether she will attend each event.

“The Queen is looking forward to the weekend and will be taking part in the celebrations but her presence will not be confirmed until much nearer the time or even on the day itself,” a spokesperson said.

Recently, Her Majesty was a no-show at the Commonwealth Day service, Easter events and confirmed that she would no longer attend the iconic garden parties at Buckingham Palace.

Instead, other members of the royal family will take her place at the events.

“Her Majesty the Queen will be represented by other members of the royal family at this year’s garden parties, with details on attendance to be confirmed in due course,” a spokesperson said.

The head of state has been seen using a walking stick after she was hospitalised late last year.

However, she successfully walked unaided at a memorial service to her late husband, Prince Philip, in March.

The Press Association reported that the Queen is understood to have a busy diary at Windsor this week with a call with Australia undertaken on Monday and a planned virtual Privy Council and phone audience with the prime minister on Wednesday.

Advantage for Johnny Depp amid development in Amber Heard case