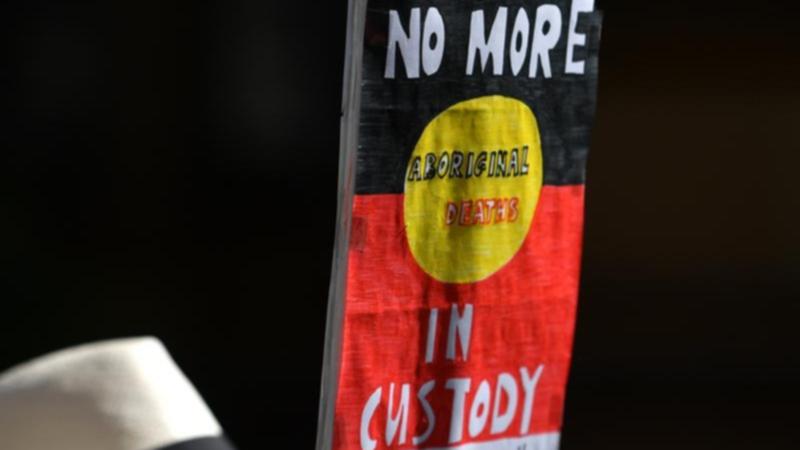 Prison authorities exacerbated a young Indigenous man’s mental distress and panic in the days before his death by placing him in an isolation cell, a coroner has found.

The use of the observational “safe” cell at Kariong Correctional Centre should immediately cease until the operator can fulfil basic requirements, such as regular outdoor time, coroner Elaine Truscott said on Wednesday.

She called for an overhaul of mental health services in NSW prisons, having identified several failings before Wiradjuri man Bailey Mackander’s death on November 5, 2019.

The 20-year-old died after mounting a small wall and falling 10 metres from Gosford Hospital’s ambulance bay, having impulsively run from Corrective Services officers.

On remand and with long-standing drug issues, Mr Mackander had struggled to adjust to custody and spent most of his last two days in a mental health observational cell at Kariong.

The lights in the CCTV-monitored cell were always on while inmates were denied outdoor time as multiple hanging points in the adjoining courtyard hadn’t been removed.

The inquest heard inmates considered the observation cell as a punishment worse than segregation.

Noting Mr Mackander was the second youngest inmate at Kariong, Ms Truscott, who wept at times, said he was a “young, gentle man who was really still a boy”, unequipped to deal with the trauma of prison.

While experts were split on whether Mr Mackander’s ailments were anxiety or substance abuse disorders or something else, it was “uncontroversial he needed help and support” to adjust to prison, Ms Truscott said.

But the prison “dodged” Mr Mackander’s mother’s desperate phone calls and largely dismissed him when he raised concerns.

“It was careless,” Ms Truscott said.

“Nobody recognised that more harm than good was being done (by the mental health plan).

“He was expected to suck it up, tough it out.”

She found his escape in the ambulance bay was a sudden, impulsive decision prompted by a realisation he was headed back to prison and, likely, an indefinite stint in the isolation cell.

The inquest identified a dearth of psychologists in NSW prisons, despite one in four Kariong inmates at one stage in 2019 being on a waiting list for mental health support.

Justice Health has no staff psychologists and no on-call roster, meaning reviews of unwell prisoners are undertaken by lesser-qualified Services and Programs Officers, who can’t call in a psychologist after-hours.

Ms Truscott left issues of funding to the state government but called for numerous changes to procedures, under some opposition from Corrective Services NSW.

If the health worker declines to attend, the inmate should be allowed to call a mental health phone line.

“The tragic irony is the smaller financial commitment of producing psychological services … would likely not only result in saving the community costs (but also) save lives, spare trauma and reduce incarceration,” Ms Truscott said.

She also ordered her findings be passed to the NSW Inspector of Custodial Services to consider the appropriateness of isolation cells and the Professional Standards Branch of CSNSW to consider one guard’s behaviour towards Mr Mackander.